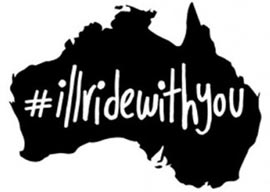 Not three years ago, in these very virtual pages, I mourned the extinction of the loony-bin luminary.

Bedlam and Bellevue were once bursting with faux Napoleons and ersatz Anastasias. These days, the lunatics”exiled from the few remaining asylums”have taken over the streets. And, as apostates from our civil religion of high self-esteem, they insist that they”re victims, not heroes.

“It’s easer to fake being a loser than a winner,” I wrote at the time, and the rewards are so much greater, too.

A latter-day Joseph Kesselring (of Arsenic and Old Lace fame) would probably write “Uncle Teddy” as a fake Vietnam vet/alien abductee. The rest of the Brewster clan would claim Cherokee/Holocaust survivor ancestry and believe everyone was trying to kill them. (But this turns out to be a hate crime hoax they”ve cooked up for attention and a possible legal settlement.) That homicidal brother-on-the-lam’s plastic surgery would now be a sex change operation, which means that the Karloff gag can stay in. (I mean, you”ve seen some of those dudes, right?)

So I could talk about Rolling Stone’s fake rape victim, but that’s so two weeks ago. Our latest female fabulist hails from Australia, and, in a refreshingly retro (and appropriately upside-down) twist, at least this one tried to pawn herself off as a sort of paladin.

(This campaign was launched, by the way, while the hostages were still being held captive. Forget “the bodies were barely cold.” These ones weren”t even bodies yet.)

Sailer was right, but Kum got the idea for the hashtag after reading a Facebook status update by (you”ll never guess) a “university lecturer and former Greens candidate” named Rachael Jacobs.

Now, Jacobs isn”t as Caucasian as you might have pictured, which rather plucks the cherry from the top of this white-guilt sundae if you happen to be as nasty as I am. But there’s still plenty of sugary goop to savor.

On Facebook”in a post that was quickly picked up by the national, and then international, media”Jacobs wrote that she”d been riding a Brisbane train when she offered to protect a woman whom she presumed was removing her hijab because she felt threatened.

“According to her story,” says the Australian, “Ms Jacobs had seen the woman beginning to remove her scarf, and ran after her, saying “Put it back on. I”ll walk with you.””

The Muslim woman, Jacobs continued, “started to cry and hugged me for about a minute”then walked off alone.”

Why, yes, this is the part where I wedge in that classic bit about two other female bullshit artists of greater renown, Mary McCarthy and Lillian Hellman; the latter famously sued the former for telling Dick Cavett that “Every word [Hellman] writes is a lie”including “and” and “the.””

Because I”m not sure even those tiny parts of speech are above reproach in this case. Jacobs was very likely a passenger on some sort of motorized conveyance on Monday, December 15 of this year. That’s probably about it, though.

After her “random act of kindness” went viral, Jacobs was inundated with offers to retell her inspirational tale of courage and compassion.

Again, I give her credit: She came clean.