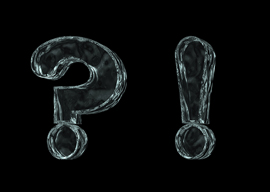 NEW YORK”I”ve had battles with fact-checkers my whole life.

I blame The New Yorker magazine”that’s where it all started.

Harold Ross, the founder of The New Yorker, was such a perfectionist he hired editors who worked on the phone book, because someone told him that was the most error-free publication in the world. He was obsessive about spelling, punctuation, grammar, but he was equally obsessive about the smallest factual details. If you wrote an article about a ferret, and your article stated that the ferret in question had black fur, you would receive a half-page memo from the Fact Check Department informing you that, after two phone calls to the American Ferret Association, there was a concern within the building that you might be confusing the color “black” with the color “black sable,” which is distinct from simple black. “Are you absolutely certain that it was a black ferret and not a black sable ferret?”

And, of course, in most situations like this, you”re not sure! The fact-checker has infused just enough doubt into the situation that you”re back on the phone, asking a ferret-raiser in Cahokia, Ill., whether the ferret you witnessed on Wednesday the 23rd was indeed a black ferret and not a black sable ferret.

This is what fact-checkers do. This is what they”ve always done. Harold Ross” decision to create a staff of professional fact-checkers was eventually adopted by most major magazines and book publishers, so that by the time I went to work for Texas Monthly magazine, every fact-checker in the world was attempting to prove his or her fact-checking worthiness by aspiring to the standards of the New Yorker team toiling away in the rabbit warrens of 44th Street.

We had one fact-checker at Texas Monthly“I won”t name her, but you know who you are“who was so assiduous that she once challenged me on the plural of the word lasso. (She was actually a combination fact-checker/copy editor, so she had the toxic DNA of both species.) I said that you formed the plural of lasso by merely adding an s, but she was holding out for lassoes. Even though she couldn”t produce an example of lassoes in print, she nevertheless summoned some usage theory based on the double s that, to tell you the truth, I”ve forgotten. She then proceeded to track down people who work professionally with lassos or lassoes, only to discover that, although they might be fond of their ropes, they don”t often write sonnets about them. As I recall, we ended up referring the whole matter to a higher power”the editor in chief”and I was bound by his decision. I”m sure I never read the article in print, partly because, when you deal with fact-checkers all your life, you can”t handle the angst.

“You and I know that Trump talks like a guy in a bar, not a lawyer establishing a legally defensible court record.”

My only point in telling this story is this:

(1) Fact-checking is a very serious, tedious, time-consuming, nerdy, cerebral process that can sometimes go on or days.

It’s for the newspaper, not the politician.

It’s for the company lawyer, not Donald Trump.

You don”t go around like a hired gun in the Wild West saying, “I”m gonna fact-check your sorry ass!”

Reporters don”t carry around a deck of Trivial Pursuit Fact-Check Cards so they can say, “No, sorry, you missed that one! And that was an easy category, too!”

I don”t know who first appropriated the word fact-checking to mean nailing Donald Trump“my first suspect would be CNN, closely followed by The Washington Post and The New York Times“but pretending you can apply the principles of fact-checking to daily news reporting on the fly, much less do it in “real time,” as the TV networks sometimes claim to do, is not only a slippery slope, it’s a Slip “N Slide hosed down with axle grease.

And there’s another aspect of it that makes the whole pursuit the equivalent of jumping across ice crevasses at the North Pole:

Sometimes, when you go through the fact-check process, you decide not to fact-check.

A real-life example: As a cub reporter at the Dallas Times Herald, I witnessed a Houston police officer grab a student protester by his hair and slam his face against the wall of an office building.

Of course, I put this in the article.

The assistant managing editor asked me what my sources were.

I said my sources were my two eyes.

He said he needed two independent sources who would say a student protester got slammed against a wall.

I said, “Really? Isn”t that what I was there to do? Watch what the hell is happening?“

But that particular newspaper, at that particular time, was under the thrall of the two-source policy. This was invented by Ben Bradlee, editor of The Washington Post, during the Watergate investigation, and presumably the purpose of it was to attain a higher standard of certainty.

I was always opposed to the two-source policy, for a simple reason that would be backed up by any criminal investigator: The more explosive the secret, the more likely there’s only one person who knows about it. Even in the case of a conspiracy, the odds of having two conspirators turn against the others are approximately zero.

Of course, the example I”m using here is a whole additional level of insanity, since I was an eyewitness to the news event.

So I said, “Do you want me to go find the student and ask him if a cop bashed his face into the wall?”

I was being sarcastic, but the assistant managing editor actually said, “Yes, that would be a good way to report it. He could allege that he was beaten.”

Later I tried to get the editor to reverse the two-source policy, and I was even backed up by one of the company lawyers, but the guy had come from, of all places, The Washington Post, and so we mostly stuck with it.

In another case, I rode all night in a car with three members of the Ku Klux Klan after they announced they were going to “patrol the Mexican border” and capture wetbacks. I told the managing editor in advance, “I”m just gonna write down what they say and we”re not gonna fact-check it, okay?“

He agreed with me, and, miracle of miracles, the newspaper-reading public of the state of Texas was able to understand, on their own, without us calling anybody any names, that maybe the Vidor, Tex., headquarters of the Ku Klux Klan comprised some dim bulbs who didn”t need to be “outed” as liars.