Immigration, the Holocaust, and a “Cancel Culture” Fail 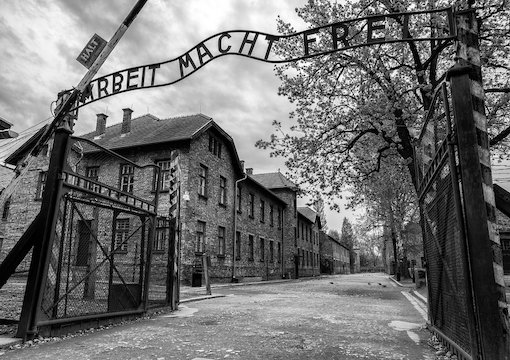 When leftists tried to “cancel” a judge because he refused to turn a blind eye to illegal immigration, things did not go quite as expected.

This is the final chapter of a story I covered back in May. Memphis Criminal Court Judge Jim Lammey has a simple and straightforward attitude when it comes to illegal immigration: It’s illegal. What, a judge following the law? Oh, right—it’s Tennessee, not California. Judge Lammey has long attracted the ire of local leftists and their bug-eating Renfields in the press due to his predilection for enforcing the law. But how do you remove a judge for doing his job?

Why, with “cancel culture,” of course!

Last April, Judge Lammey posted one of my Takimag columns on his Facebook page. He didn’t endorse it; he simply posted it and called it “interesting.” The gist of that particular piece was that Jews engage in suicidal behavior by advocating the importation of openly hostile immigrants. Such immigrants, I argued, are like “golems”—the mud creatures of Jewish lore that always turn on their creators. I suggested that bringing in golem mud from abroad was a bad idea.

What the judge didn’t realize when he posted my piece is that I have a reputation. To everyone except anyone who’s actually read my work, I’m considered a Holocaust denier. So Judge Lammey’s foes hatched a plan: They’d use my column, and my infamy, to try to get the judge “canceled.”

Then began the push for Judge Lammey’s removal. After all, according to a “judicial ethicist” from Indiana quoted in a local paper, Lammey’s posting of my piece raised the possibility that he’s a biased, racist judge who “doesn’t belong on the bench.”

Thanks to the outcry, the Shelby County Commission Law Enforcement and Courts Committee endorsed a resolution to censure Judge Lammey. Then his case was turned over to the Tennessee Board of Judicial Conduct. This was exactly what Lammey’s foes wanted, because (as it states on the Board’s website) “The Board has broad powers to investigate, hear, and determine charges sufficient to warrant sanctions or removal, and to carry out its duties.”

“I doubt there’s ever been a more striking example of cancel culture backfiring.”

The Board of Judicial Conduct, the ultimate arbiter of judicial wrongdoing in the state of Tennessee, comprises some very heavy hitters, to say the least. Members include the dean of the Nashville School of Law (who’s also a former Tennessee Supreme Court justice), U.S. Army officers from the Judge Advocate General’s Corps, city attorneys, assistant district attorneys, assistant U.S. attorneys, an FBI agent, a Tennessee Bureau of Investigation agent, a director at one of the nation’s premier nuclear security companies, the president of the Tennessee Bar Association’s Young Lawyers Division, and a former senior administrator at Johns Hopkins, Drexel, Bethune-Cookman, and Duke. The Board is diverse; male and female, black and white—top people in their field.

The leftists and media hacks who brought Judge Lammey before the Board were arrogant; ideological extremists never question their assumptions. These zealots “knew” that I’m a Holocaust denier, and they “knew” that Judge Lammey was a racist. So they had no doubts that the Board would rubber-stamp the conviction the judge had already received in the press.

What could possibly go wrong? How could the angry mob lose this one? Well, only one way, really…if the Board members ignored the hysteria and concentrated on the facts.

The Tennessee Board of Judicial Conduct’s decision (based on the findings of a special investigative panel of Board members) was released in the form of a public letter to Judge Lammey on Nov. 15. On the most important charge, that the judge lacked impartiality in the courtroom and performed his duties in an unfair or biased manner, the Board completely cleared him:

After a complete and thorough investigation and under the limited and specific facts of this case, the Board acknowledges that there is no proof that you displayed any actual bias, prejudice, or partiality toward any litigant that appeared before you in an official capacity as a Criminal Court Judge of Shelby County, Tennessee.

No, his social media posts didn’t influence or taint his behavior on the bench.

The Board did find that some of Judge Lammey’s posts were “partisan in nature” (to be fair, they were). The Board issued a reprimand, but neither took nor recommended any further disciplinary action. In the future, Judge Lammey will keep his social media private, and that will be the end of it.

Judge Lammey will stay on the bench.

It’s a happy ending. Corrupt media bullies and partisan “victim” groups did their best to take out a law-abiding judge, and all they got in return was an official affirmation of his integrity and a promise that he’ll keep his political opinions private.

Well, I guess that’s the end of the story. Thanks for reading! I’ll be back next week…

…oh, wait. There’s one detail I forgot to mention: my own personal “Thanksgiving miracle.”

See, the Board’s investigative panel, made up as it is of people who take their job seriously, decided to actually examine the claim that the guy who wrote the offending column is a “Holocaust denier” who called all immigrants “mud.” And guess what? The panel, upon reviewing the evidence (once again ignoring the hysteria and concentrating on the facts), decided that not only did the column not refer to all immigrants as “mud,” but the author, one David Cole (a.k.a. your humble columnist), is not a Holocaust denier.

Here’s the relevant portion of the Board’s public letter to Judge Lammey:

This reprimand concerns your actions relating to a series of Facebook posts from 2016 and an interview with you by a local reporter to discuss your policy of requiring illegal aliens to report to the United States Immigration and Customs Enforcement as a part of probation to adhere to the requirement that all individuals obey the laws of the United States. The resulting article, “Memphis Judge Posts Facebook link to Holocaust denier’s Essay calling Immigrants ‘Foreign Mud’” discusses your probation policy and references a Facebook article you shared, inadvertently made public by you, by a Jewish author, David Cole, titled “Stop with the Golems, Already.” It is abundantly clear that you did not author this article and your only comments simply described Mr. Cole’s article as an “interesting read…some four-letter words though.” Your comment also did not endorse all of the article’s contents. The basic premise of the article is that Jewish Americans have enough to worry about in the present to dwell on the past. Specifically, that Jewish Americans should not bring in people who want to do them harm. Mr. Cole did not describe all immigrants as “mud” just those who want to do them harm, the Golems. However, the language used by the author was crude in saying, “In a perfect world, the rabbinical Rain Men would finally get the f*** over the Holocaust and end their war of hostility against the west.” The investigation revealed that the author is not a Holocaust denier.

A judicial investigative panel looked at my work, examined the facts, and decided—correctly—that I’m not a Holocaust denier. This is kind of a big deal, and I don’t mean just for me. This is the first time in U.S. history that a judicial body has examined the work of a Holocaust revisionist and rendered such an opinion.

The American Bar Association Journal noted in an article about the Board’s decision, “Earlier coverage had described the author of the article, David Cole, as a Holocaust denier. But the letter of reprimand said an investigative panel probe revealed that Cole is not a Holocaust denier.”

The fact that my Holocaust thesis was somewhat tangential to the main issue the Board members were tasked with examining (Judge Lammey’s conduct) makes their decision to opine on the matter all the more significant. Because they didn’t have to. But they did, because the people and organizations that tried to destroy Judge Lammey kept stressing what a huge deal it was that the judge shared a “denier’s” column. So the Board took the charge seriously and investigated it. And as a result, I’ve been gifted with arguably the greatest tool I’ll ever have for battling future libel…and revisiting libels past. I have one or two scores to settle, but that’s another story for another time, as I’m already waist-deep in self-indulgence here. In my defense I’ll point out that this is exactly the kind of incident I’d have covered even it I weren’t a part of it. My readers know I love stories in which censors and cancelers go down in flames, and this is a Terry Rakolta-level cancel failure (she’s the Michigan housewife whose efforts to get Married…With Children canceled in 1989 inadvertently made the show a top 10 hit, literally saving the fledgling Fox Network and putting it on the map).

The Memphis papers, the national media, and some of this country’s most powerful advocacy groups tried to “cancel” a sitting judge, and they tried to make the posting of my column a fireable offense. And what did they get in return? The judge not only survived, but he was officially deemed fair and impartial. And me? I got something I never would’ve received if not for the cancelers and their misbegotten crusade: an unambiguous statement by an esteemed judicial body that I am not a Holocaust denier…something that any future reporter, and any future editor, will have to take into account when attempting to use that slur against me. They may not agree with the investigative panel’s assessment, but they can’t ignore it. It’s now part of the record.

All because some pro-illegal-immigration leftists couldn’t stand the fact that a judge was following the law.

I doubt there’s ever been a more striking example of cancel culture backfiring. This is what happens when ideologues don’t think outside their bubble. The partisans and polemicists were so damn certain that Judge Lammey is a racist and I’m a denier that it never occurred to them that the very judicial review they were pushing for might prove those assumptions wrong.

The cancelers wanted to get Judge Lammey fired; they ended up strengthening his position. They wanted to tar me as a “denier”; they ended up garnering an unprecedented confirmation that I’m not.

The good guys won; I hope your Thanksgiving was as joyful and satisfying as mine.