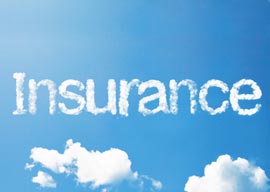 I average over 400 comments per day over on my iSteve blog on the Unz Review. One advantage of reading all of them is that ideas are dropped in my lap that I wouldn”t hear anywhere else. For example, after the San Bernardino massacre earlier this month, when Americans were beginning to wonder how the jihadi bride was let into the country, a pseudonymous commenter, Pittsburgh Thatcherite, offered a policy suggestion I”d never seen before for dealing more fairly with the costs imposed on Americans by immigration.

Of course, the expenses of excessive immigration extend far beyond the San Bernardino atrocity or the Boston Marathon bombing to the mundane costs that poorly selected immigrants impose upon emergency rooms, public schools, and the like. Therefore, Pittsburgh Thatcherite noted:

Some immigrants inflict large costs on a nation by heavily utilizing government services such as unemployment benefits, prisons, hospitals and schools. These dysfunctional immigrants reduce the quality of life in a nation by increasing crime and raising taxes. How can a nation protect itself from these costs?

Each immigrant should be required to purchase insurance from an insurer before they enter a nation.

Think of immigration as being like driving. If you are going to go hurtling about the landscape in a multiton projectile, it’s only fair to others that you demonstrate that you are able to pay for any damage you might do. Thus, practically every state requires car owners to have driver’s insurance or otherwise post bond in some kind of quasi-insurance system. (Similarly, Mexico famously forces American tourists to buy car insurance from a Mexican firm when driving across the border, with harsh penalties if this law is flouted.)

“Immigration insurance may sound like a wacky idea at the moment, but it actually could appeal to multiple politically powerful interest groups.”

For driving, we”ve come up with a system that, while hardly perfect, at least compensates victims by financially penalizing (and thus deterring) bad driving. It’s a win-win solution.

And you can”t get affordable insurance if you are likely to maim somebody, so the system encourages the riskiest drivers to take the bus. (One of the more heartening conversations I”ve overheard recently was between two tattooed service workers taking a break to smoke out in front of a big-box store: The smarter-looking one was explaining to his lower-brow colleague that a single DUI would cost him $10,000 when he adds in the higher auto-insurance premiums.)

Similarly, immigration exposes Americans to all sorts of potential harms. It’s only reasonable that those who are more likely to injure Americans, whether directly or indirectly, should be charged higher premiums. As Pittsburgh Thatcherite explained:

I”ve been looking for in-depth analyses of this notion, but I can”t find any discussion of the idea anywhere.

Compulsory car insurance didn”t always strike Americans as obvious either. Massachusetts was the first state to mandate it in 1927, but the Bay State’s politicians made such a hash of it for decades that nobody imitated it until New York came up with an improved version around 1957, after which the idea spread nationwide.

Obviously, this could only be expected to work regarding legal immigration. As we”ve seen with the profusion of illegal aliens committing hit-and-run offenses in Los Angeles, the ability to flee for the border encourages lawlessness.

But it would definitely be a start.

There would also be a number of more subtle payoffs from requiring immigrants to purchase insurance policies.

The current popularity among politicians of inflating the number of visas by fiat is reminiscent of the inflation of the 1970s caused by their predecessors” bloating the money supply. Retail price inflation was a massive problem in the decade after Richard Nixon took the U.S. off the gold standard in August 1971. Nixon cajoled his Fed chairman Arthur Burns into inflating to help his reelection bid of 1972. In that naive era, the markets didn”t immediately grasp the trick being played by Nixon, so the inevitable higher prices didn”t set in until Nixon started his second term in 1973. But when inflation did arrive, it set off a decade of economic distress.

Similarly, the old political establishment is only now beginning to grasp how rapidly in the smartphone era any offer of fiat citizenship can turn into flash mobs overrunning a country, as has happened to Germany this year.

The inflation of the 1970s was ultimately self-liquidating because it created a class of professional bond speculators who learned to immediately pounce upon signs that a government was debasing its currency. Politicians eventually learned that Nixon’s 1972 strategy wouldn”t pay off even in the short run anymore because bond bears had learned to immediately punish abuse of fiat currency.

A law requiring immigrants to buy insurance would, among other advantages, create a cadre of data scientists who are experts in predicting who would be the best and worst immigrants. Paying actuaries to be hardheaded about immigration would inject some valuable skepticism into our mind-sets.

At present, forecasting that some applicants for immigration would be better than some other applicants is widely considered racist and un-American, a violation of the Zeroth Amendment inscribed on the Statue of Liberty. More sane countries, such as Canada and Australia, have complex points systems for evaluating applicants based on statistical models of how much good they are likely to do current citizens. But Americans have been indoctrinated toward schmaltzy stupidity on the subject. Putting insurance companies at risk would encourage intelligence about selection, however.

Another of the more subtle payoffs of requiring immigration insurance is that it would alter the media”and thus the political”climate by providing deep-pocketed insurance corporations to be sued by mediagenic plaintiffs” attorneys.

This may sound bizarre, but it’s actually a rather important feature of understanding how the media, and thus the world, works.

In truth, reporters don”t much like reporting. And who can blame them? The public relations profession has advanced to the point where journalists who ask unwanted questions can be fended off with canned responses and blacklisted if they get too pushy.

What’s more appealing to reporters are two kinds of documentation that come with innate credibility: government reports and sworn testimony.