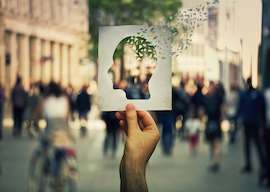 Just as you were thinking that human folly could go no further, an academic somewhere steps forward to propose something even more outré.

Not long ago, for example, a professor in Cambridge proposed that the voting age be lowered to 6. This was not intended as a joke or as a satire on the childishness of modern democracy; it was a serious (or at least an earnest) proposal. After all, 6-year-olds have, on average, a longer future in the world than, say, 50- or 60-year-olds, so it stands to reason that they should have a say in policy that will affect them for so many more years to come.

Now Professor Soderlund, of the Stockholm School of Economics, has proposed a new way to save the planet: We humans should start eating each other, at least once we have died of other causes. This would reduce the demand for the meat of other animals and thereby reduce emissions of greenhouse gases. Since cremation is increasingly popular (if popular is quite the word for it), death only adds to the emission of carbon dioxide in the air. In fact, when you come to think of it, the worst thing about death in modern society is that it increases global warming. It is time for a little recycling.

The professor admits that for the moment there is a certain taboo in force against eating human flesh, but what is the history of civilization other than the overcoming of taboos and the extension of the permissible? The very idea of a taboo is irrational; all questions must be examined in the light of human reason, and human reason, if not yet human experience, tells us that human flesh is highly nutritious—first-class protein, in fact, unlike, say, tofu or lentils, which are only second-class.

For the moment, the proposal is only in favor of what amounts to scavenging; but since we share some very large proportion of our genes with hyenas, this should cause us no particular problems once our initial repulsion has been overcome by rational argument. And I am sure that the zoologists among you will know of creatures that, like Saturn, habitually devour their children, with whom we also share most of our genes. If, despite the best prenatal precautions, handicapped babies continue to be born, surely it might be permissible to turn them into food, rather than allow them to grow into what the Germans of a certain epoch called “useless eaters”? If the professor’s suggestion is accepted, the Amazon will no longer have to burn, or burn quite so much, and we shall be able to slip down to the local fast-food outlet and order a biceps-burger, a trapezius tartare, or a hamstring and eggs.

“You need a refined intelligence—refined in a certain way, that is—to be so silly.”

Naturally, there will have to be public health precautions so that we do not catch diseases from eating the defunct. The Fore people of New Guinea had the unusual custom of eating their dead relatives, the brain being awarded to women and children. They often became infected (called kuru), in the course of which they might go through a phase of pointless laughter—hence the title of an excellent book about it called Laughing Death by Vincent Zigas. But screening procedures, rather like those adopted for the carcasses of pigs, should be sufficient (or could quickly be developed) to avoid catastrophes of this nature. If there is a small risk of the unforeseen in mass funerary cannibalism, we ought to remember that all advance whatsoever is accompanied by such a risk, whatever precautions we take.

At about the same time that the professor made his proposal, a court in France ruled that a man who had been sent on a business trip by his company died of an accident du travail (a work injury or industrial disease) when he died of a heart attack during sexual intercourse with a woman not his wife. Therefore, his company should continue to pay his wife 80 percent of his salary until his retirement age, whereafter it should continue to contribute to his pension.

I suppose the reasoning was as follows: If he had not been sent on the trip in the first place, he would not have had the sexual encounter and therefore not the heart attack from which he died. No doubt some expert could be found to claim that cardiac arrest is more common in such circumstances than in others (the French president, Félix Faure, died in 1899 in the Elysée Palace during sexual activity). Therefore, the company was responsible, if not exactly to blame.

The common factor that unites the proposals to reduce the voting age to 6 and to eat the dead, and the ruling of the French court, is education. No uneducated person would have proposed reducing the voting age or eating the dead, or succumbed to the argumentation that was no doubt put before the French court. You need a refined intelligence—refined in a certain way, that is—to be so silly.

Because of this it is tempting to give in to crude anti-intellectualism, which is always enjoyable. Many of the irritations of modern life are traceable to the idiotic notions propounded by academics. For example, the current madness about transsexualism is traceable to John Money, a New Zealand-born psychologist, who was less than honest, if not to Alfred Kinsey, the expert on gall wasps-turned-sexologist. (Of course, such a method of finding the origins of human absurdity or perversity soon takes us back to the Garden of Eden.)

But it will not do to damn all intellectual activity because it often leads to dislocating nonsense. The intellectuals are like the poor, you have them with you always. Besides, a life without intellectual activity would be intolerable. The fact that fraud sometimes occurs in science—just how often is a matter of speculation—does not in the least cast doubt about science as a method of finding out about the world. The answer to intellectual absurdity is not impatiently to condemn all intellectuals, but patiently to expose that absurdity by intellectual means. I am not a believer in homeopathy, which I deem ridiculous, and yet in this case similia similibus curantur—like is cured by like, a disease is to be cured by something that may give rise to the same symptoms. There is, as Mrs. Thatcher once said in a different context, no alternative.