Impeachment Week: It’s OK to be Bored; Not OK to be White 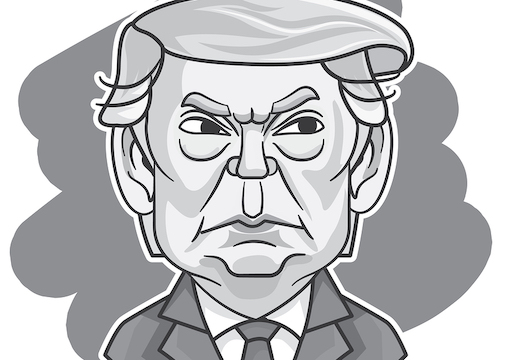 It’s weeks like this that make me wish I had a job and didn’t have to stay home watching TV. With the impeachment nonsense dragging into its 56th month, I have some random observations, only a few of which have anything to do with impeachment.

1) As tempting as it must be for Republican senators to make a headlong rush to the TV cameras at the conclusion of the day’s festivities, they would be well advised to say this, and only this, each night:

Here are the vital issues the United States Congress did NOT address today:

— Repairing our highways, bridges and border with a major infrastructure bill.

— Ensuring that all Americans can get jobs by cutting off the deluge of cheap foreign labor.

— Providing the public with quality services by not inviting the rest of the world to come partake of government benefits meant for Americans.

— Fixing the disaster of Obamacare, so that all Americans have access to quality health care (by activating the same mechanisms that give them quality food, housing and iPhones: the free market, contract law and occasional government subsidies).

— Passing a bill to defund all the pointless, expensive military deployments around the globe, so we can FINALLY address the hellfires in our own hemisphere.

— Ending the opioid crisis by declaring war on Mexican drug cartels and building a wall.

Senate Majority Leader Mitch McConnell should attach electrodes to the testicles of every Republican and blast him the moment he (OR SHE!) diverges from the script.

“Senate Majority Leader Mitch McConnell should attach electrodes to the testicles of every Republican and blast him the moment he (OR SHE!) diverges from the script.”

2) The person I really feel sorry for is Nancy Pelosi. I assume she’s weeping uncontrollably as she watches her chances of holding the speakership dwindle every time Jerry Nadler waddles to the mic.

True, you “go to war with the army you have, not the army you might want,” as Donald Rumsfeld said, but surely there are more telegenic Democrats than Nadler and Adam Schiff.

3) Every day since forever, The New York Times has run a column about how white people are getting on African Americans’ last nerve.

On Monday of this week, it was “How Much Racism Do You Face Every Day?”

Example: Hearing about a family member who experiences something they described as racial discrimination.

And here’s one from Tuesday, titled: “How to Convince a White Realtor You’re Middle Class; Black people expend daily energy to counteract racial stereotypes and get fair treatment.”

The examples included a white real estate agent asking a slatternly attired black woman if she could afford a specific house, and a black woman claiming she was required to sign a “no party” pledge before checking into a Portland, Oregon, Marriott.

Also since forever, whites have been trying not to offend. Thus, on the same day as the racial stereotypes column, the Times ran an article about white Iowa voters terrified of picking a Democratic nominee whom black people won’t like.

My thought is, anyone of any race can commit “microaggressions” against people of other races. What we all should endeavor to do is avoid macro-aggressions — you know, little things like murder, rape, assault and carjacking.

4) Last week, 20-foot-tall letters appeared on the side of a barn in Southport, England, spelling out the phrase: “IT’S OK TO BE WHITE.” British papers went on red alert, denouncing the “[r]acist and anti-ethnic graffiti” that “[s]hocked” and “appalled” residents.

We understand and deeply apologize for such monstrous racism. Would any of these variants pass legal muster?

— It might be acceptable to be white, but we’re not sure, we’ll get back to you.

— While it is certainly never OK to be white, we hope you will accept our deepest apology.

— Whiteness is not for everybody, but to say it’s ‘OK’ to be white is not who we are.

If none of these are acceptable, please rest assured, we don’t mean to offend. Apologies all around! We’re all staying late at the office to figure this out. Food is being sent in as we speak …

At least we won’t have to watch impeachment news.