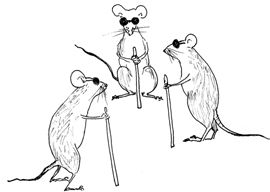 Efes beer, the Turkish lager, was the nearest until recently that I had come to Ephesus, unless you count St. Paul’s Epistle to the Ephesians, which I read more in a spirit of enquiry than of faith. Recently I had the opportunity to visit those magnificent ruins, and very grateful I was for it.

The Virgin Mary’s last home was near Ephesus, and I visited that too. There were constant reminders posted that this was a place of prayer and asking the visitors therefore to dress appropriately. All I can say is that if the visitors thought they were appropriately dressed, I dread to think what they would have considered it to be inappropriately dressed. Complete nakedness with a few budgerigar feathers in their hair, perhaps. But as my wife keeps telling me, the battle is lost; one might just as well accept it.

Only a group of Japanese women tourists managed any kind of elegance. They dressed in bright but harmonious colors, all different, but all in good taste. They had silk parasols of great beauty; above all, though, they moved with a refined physical grace that I am afraid made most Westerners look lumpen and Breughelian, as if we in the West were engaged upon a permanent peasant feast of the type depicted by that great painter.

“To interfere in the lives of everyone, to make every person just a little afraid that if he uses normal words he commits an act of cruelty or worse, gives a sense of power and meaning to those who demand that we change the way we speak.”

Thousands of written wishes were posted outside the Virgin Mary’s last residence, hoping for her intercession in their fulfillment. I used to laugh at such things, but as I have grown older I have become much more sympathetic to them. We shall always stand in need of hope and consolation, for suffering is never far away, however fortunate we may count ourselves at the moment, and however illusory the hope and consolation. A banal prayer, written (I should imagine) by a Chinese, but in English, caught my notice:

I have luck and health and find my true love [here she”I assume it was written by a she”drew a little heart] be so happy.

I do not think it takes much imagination to detect in these simple, not very grammatical words a wealth of sadness and longing. True, they were egotistical, though in a very mild way, but I found them infinitely preferable to the politically correct and slightly grandiose wishes for peace in the world. It is not that I am a warmonger, far from it; but I think that what goes without saying should go without being said (let alone prayed for).

I am no classicist or archaeologist, so I shall leave a description of the ruins to others better qualified. Instead I shall merely remark on a notice affixed to the wall of a former shop in the agora, the marketplace, one of a hundred, most of them not yet excavated. It said that it was a shop for “the vision-impaired,” where, apparently, people felt goods for sale rather than bought them.

In common with many millions I am vision-impaired. If I take off my spectacles I can hardly read a car registration plate at five yards, especially with my right eye. But I am not blind, or anything like it, only mildly short-sighted and astigmatic.

I doubt”though I again admit that I am no classicist”that the Greeks and Romans had special shops for the short-sighted and the astigmatic. Surely in this context vision-impaired meant blind. But why, then, not say blind rather than vision-impaired?

As far as I am aware, the word “blind” when applied to the blind was never meant as an insult and carried no negative connotation. On the contrary, to say of someone that he was blind was to arouse an entirely natural and decent sympathy for him. Now, however, someone”perhaps the Central Committee of the Politically Correct Party”has decreed that the word is demeaning. Henceforth, the little nursery rhyme must go (it is never too early to teach children to speak correctly):