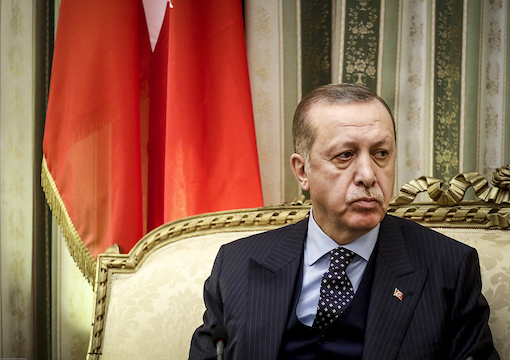 There is a gesture that I have detested ever since an Albanian policeman made it in my direction about thirty years ago. He placed the palm of his right hand over his heart and made a slight bowing movement toward me.

The reason I detested it was that he had clouted me with his truncheon shortly before as he arrested me for taking photos of the police, truncheons drawn, beating a demonstration of communists in Skanderbeg Square in Tirana after the downfall of communism. A few months before, the police would have beaten demonstrating anti-communists, probably a good deal harder, even fatally. He, the arresting officer, threw me into the back of a panier à salade, as the French call it, that is to say a pickup truck with a cage in the back. From there, he drove me to a police station and thrust me into a cell, from which I could hear the police beating a prisoner who was screaming out in pain. It was not a pleasant sound.

What the policeman did not know, but soon learned, was that I had dined the night before with a prominent member of the government, who ordered my release as soon as he was informed that I had been arrested. I exited the cell and then the police station in triumph, and the arresting officer made the gesture toward me that I have described.

“It was as if reasons of state rendered common decency unnecessary.”

But much as I detested the gesture, I found it in my heart to feel a little sorry for him who made it. In the time it had taken to receive a telephone call, the pursuer had become the pursued. He knew that his future was now in my hands. If I chose, I could, by hostile report and exaggeration, wreak my revenge and end his career, possibly plunging him and his family into destitution. I could have shown the developing bruises on my back, but I preferred to hope that the sudden reversal of fortune and his consequent fear would have taught him a lesson. Of course, he might have learned an opposite lesson, namely to choose whom to beat more carefully, but to beat them harder.

No doubt the gesture is in many circumstances one of genuine hospitality or greeting, but I have undergone what psychologists call “one-trial learning”: that is to say, exposure once to a stimulus that always produces the same response. So when I saw Mr. Erdogan make the gesture in welcoming Charles Michel and Ursula von der Leyen, of the European Commission, to the presidential palace in Ankara, I felt a frisson of revulsion, although I freely admit that this was irrational.

What soon followed, however, was far worse. Mr. Erdogan led them both into a grandiose room and they stood awhile for photographs. Then Mssrs. Erdogan and Michel sat down on throne-like chairs—suitably far apart—while Mrs. von der Leyen was left standing and had to draw attention to herself by saying something like “Erm…” Finally, she sat on a sofa far from Erdogan and Michel.

I was appalled by this. I have no very high regard for Mrs. von der Leyen as a public figure, who seems to be one of those persons for whom nothing succeeds like failure. But the grotesque bad manners of the two men—especially of Charles Michel, who really ought to have known better—were horrible to observe (assuming, of course, that the video of the episode had not been doctored for some kind of propaganda purposes). Surely M. Michel would not have behaved like that at home? Good manners are due to everyone short, perhaps, of moral monsters, which Mrs. von der Leyen, however flawed she might be, certainly is not.

I stress the importance of manners because I know that my own are defective. I know that they are defective because I sometimes have to think of them: I do not automatically do the mannerly thing, as the most beautifully mannered persons do, that is to say with complete ease and as if by second nature. If I were one of the latter, I would not have to think whether I should stand or sit, or how I should comport myself in any given situation. Alas, I do often have to think about it, and sometimes the thought comes too late. I have already been unmannerly.

I do not want to present myself as a monster of bad manners—that would be an exaggeration, even a kind of boastfulness posing as self-criticism—nor would I call myself uncouth. In general, I would rather swallow my tongue than cause offense, though this, of course, might be interpreted as pusillanimity rather than as a laudable desire to oil the wheels of social intercourse and make myself pleasant or agreeable to others. Important as the truth is, however, I believe that there are occasions when to tell it or insist upon it is unmannerly, though there are other occasions when to insist upon it is essential irrespective of the offense that it might cause, and it requires judgment to discern which occasions are which.

There are those who imagine that to be uncouth and unmannerly is thereby to express sympathy for the poor and downtrodden, which is nonsense, and insulting nonsense at that. Good manners are certainly not confined to the rich or the fortunate; the best-mannered people, considered as a group, whom I ever met were the Tanzanians, that is to say the inhabitants of a country then deemed to be one of the poorest in the world. They were never rude, and the refinement of their manners put those of many Europeans to shame, who were uncouth by comparison. The father of a friend of mine, a retired coal miner in Derbyshire, had the most impeccable manners, much better (I recognized at once) than my own. I learned something valuable from him.

The behavior of Messrs. Erdogan and Michel was, to me, shocking. It was as if reasons of state rendered common decency unnecessary. It was not merely unchivalrous (such a charge would probably now seem an anachronism, if not possibly retrograde, to anyone under 60), but coarse. I have no solution to offer.