In the Pandemic, It’s Every Nation for Itself 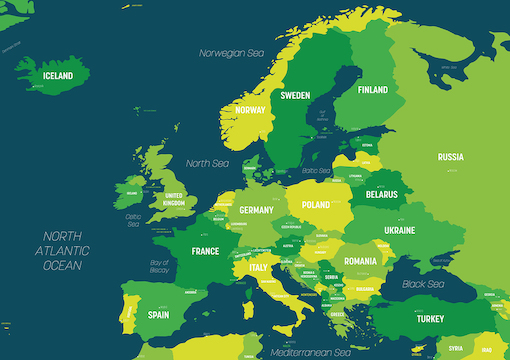 “The lamps are going out all over Europe, we shall not see them lit again in our life-time,” said Foreign Secretary Sir Edward Grey to a friend on the eve of Britain’s entry into the First World War.

Observing from afar as the coronavirus pandemic ravages the Old Continent, Grey’s words return to mind. And as the Great War changed Europe forever, the COVID-19 pandemic seems to be changing the way European peoples see each other.

“All for one and one for all!” These were the words by which “The Three Musketeers” of Alexandre Dumas lived their lives.

This was the ideal upon which the EU and NATO were built. An attack against one is an attack against all. The Schengen Agreement by which citizens of Europe are as free to travel through the countries of their continent as Americans are to travel from Maryland to Virginia is rooted in that ideal.

Yet, suddenly, all that seems to belong to yesterday.

How the EU’s nation-states are reacting to the coronavirus crisis brings to mind another phrase, a French phrase, “Sauve qui peut,” a rough translation of which is, “Every man for himself.”

The New York Times has written of the new reality. In Sunday’s top story, “Europe Locks Up and Faces Crisis as Virus Spread,” the Times wrote:

“While some European leaders, like President Emmanuel Macron of France, have called for intensifying cooperation across nations, others are trying to close their countries off.

“What we are witnessing is the clash of the claims of human nature and of ideology.”

“From Denmark to Slovakia, governments went into aggressive virus-fighting mode with border closings.”

Describing a host of countries heeding the call of tribalism and nationalism, the Times laments Monday:

“Today, Europeans are… erecting borders between countries, inside their cities and neighborhoods, around their homes — to protect themselves from their neighbors, even from their own grandchildren.”

“Confronting a virus that knows no borders, this modern Europe without borders is building them everywhere.”

In a few days, the Europe of open borders has become history.

“As the pandemic spreads from Italy to Spain, France, Germany,” reports the Times, “there is a growing sense of the need for harsh, even authoritarian methods, many of them taken from China.

“Europe has been terrified by Italy. Suddenly, many of the continent’s countries are trying to lock down, to protect themselves and their citizens. The idea of European solidarity, and of a borderless Europe where citizens are free to travel and work, seems very far away.”

Italy, hardest-hit country after China, is on lockdown. Germany is closing its borders with Austria, Denmark, France, Luxembourg and Switzerland. The Czech Republic, Cyprus, Denmark, Latvia, Lithuania, Poland and Slovakia have announced they will close borders to all foreigners. President Donald Trump has expanded his travel ban on Europe to include two of America’s oldest friends, Britain and Ireland.

Slovenia has closed its border with Italy. Norway is on lockdown. International travelers who arrive in Norway risk a mandatory 14-day quarantine, regardless of their health.

Prime Minister Justin Trudeau has announced that Canada is barring entry to all travelers who are not citizens or permanent residents. The only exceptions are air crews, diplomats, and, “at this time,” U.S. citizens.

What we are witnessing is the clash of the claims of human nature and of ideology.

Through history, most men have put attachments of family, tribe, faith, country, race and nation above the claims of liberal ideology.

But while all citizens may have the same God-given right to life and constitutional right to “equal protection of the laws,” all people do not have equal rights to our affections or concerns.

For most men, the claims of the heart are superior to those of the mind. Foreign folks do not have the same claims upon us as our own. In a crisis, people put families, friends and country first.

In the Declaration of Independence, Jefferson declares that, “all men are created equal.” Yet, what truly seems to enrage him and to justify the rebellion against George III are the crimes the king had committed and that he had been “deaf to the voice of justice and of consanguinity.”

The king had violated the claims of our common blood while we Americans had not been “wanting in attentions to our British brethren.”

Closing borders is a grievous offense against liberalism that is supposedly rooted in the sin of xenophobia. But what governments in Europe are saying by closing their borders, what Americans are saying by banning travel from Europe, is that while all men may be created equal, we will always put our own people first, ahead of the rest.

When a crisis comes, be it a war in which the survival of the nation is at stake or an epidemic where the health and survival of our people is at stake, we take care of our own first.

This is human nature. This is the way the world works.