In What Contexts Should Difficult Truths Be Told? 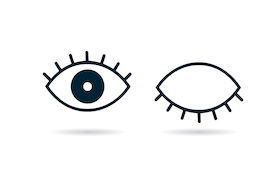 “Telling difficult truths,” Michael Mosbacher’s article published in Standpoint magazine on May 30, provides a good occasion for considering the value of the public-private distinction. Today that value is threatened throughout the English-speaking world, because many people do not recognize its importance and the wisdom of keeping some things out of public scrutiny. Of this regrettable trend Mosbacher’s article is an example.

The article concerns, among other things, the difficulties historian David J. Garrow experienced as he tried to publish what Mosbacher describes as

a long article relating how newly-released evidence showed that the great US civil rights leader Dr Martin Luther King, the subject of his Pulitzer-winning biography and one of the iconic figures of 20th-century history—was a sexual predator who stood by and laughed when his friend raped a woman in front of him.

Given the esteem in which Martin Luther King Jr. is held, magazines on both the right and the left declined to publish Garrow’s article. So did “a web magazine whose raison d’etre is to fight for free speech.” That magazine is surely Quillette, which, though it purports to be a bastion of “free thought,” and to “respect ideas, even dangerous ones,” will not publish writers to the right of the Commentary for which Claire Lehmann, Quillette’s hypocritical editor in chief, writes, as I, the scholar Michael Millerman, and others of my acquaintance have learned firsthand.

To its credit, Standpoint did publish the article, “The troubling legacy of Martin Luther King,” and in “Telling difficult truths” Mosbacher defends the editorial decision. In one sense, Mosbacher’s defense is admirable. “When Standpoint decided to publish [the article],” he writes, “I approached a prominent British conservative historian to write an article putting the revelations into context. The response: ‘No way! I’ll try to think of someone else who has the guts to drink from that particular poisoned chalice.’” Such careerist cowardice, from academia to media and publishing, is all too common, so we should applaud Mosbacher and the other editors of Standpoint for going against the conformist grain.

The trouble, however, is that the matter of other people’s lives is far more complex than Mosbacher gives us to understand, and indeed, there are a number of problems with his piece. To begin with, he asks by way of justification:

When the sexual mores of cardinals, presidents, writers, film directors and producers have all been exposed, why is it that questioning the behaviour of a civil rights icon is still beyond the pale? Is not the whole point of the #MeToo movement that no one, regardless of their stature or position, should be above examination of their personal behaviour?…

If public figures are now all—rightly—subject to scrutiny, there should be no exception for Martin Luther King, however worthy his other activities were….

Mosbacher is taking a lot for granted here. Needless to say, with respect to criminal behavior, “there should be no exception for Martin Luther King” or anyone else; for if something is wrong, it is so independent of personal identity, and “however worthy [one’s] other activities were.” Yet the issue is not just what is illegal, but what is wrong, or anyway, what certain people disapprove of, and these are much more difficult and controversial matters, which will never be resolved by argument. They are also beyond the purview of the law, but must be dealt with by individuals and their intimates.

Perhaps no one would dispute that rape and sexual molestation, being extreme violations of personal liberty and of persons themselves, are moral evils. But when Mosbacher tells us that King “was sexually voracious” and “frequented orgies,” we are faced with subjects about whose moral character there is wide disagreement, and which not everybody believes are wrong, or so wrong as to merit public “scrutiny.” To news of these the reactions of some will be: “So what?” Of course, mere difference of opinion does not entail moral relativism, nor that there is nothing to sexual morality but personal preference. The problem is Mosbacher’s apparent belief, or at least, uncritical acceptance of the belief, that “public figures are now all—rightly—subject to scrutiny” as regards private matters. To say nothing of the public-private distinction, by what common and uncontroversial moral criteria shall such “scrutiny” be applied? There are none.

“Why should only ‘public figures’ be accountable to everyone for everything that they do, as we others are not?”

Nevertheless, “there should be no no-go areas for a magazine such as ours,” says Mosbacher, and in principle, his position is no different from that on display in the National Enquirer. If you are a public figure, you are a prime object for “a story.” But who made journalists the world’s moral authorities? Well, journalists themselves, persons who are commonly lacking in self-awareness. Thus, Mosbacher writes (somewhat ironically, in context):

It is not only King who comes out badly from these wiretaps. The FBI agents who were listening in at the time did nothing to interrupt proceedings and protect the woman from sexual violence. The surveillance also confirms the long-held suspicion that FBI Director J. Edgar Hoover was obsessed with King and believed that the civil rights leader was being directed by communists.

I should say, similarly, that journalists who are “obsessed” with public figures frequently come out badly themselves. As they pry into the personal lives of public figures, serving up “news” that generally is not of public concern, it is fair to wonder whether they are equally exacting towards themselves and their family and friends. I presume that Mosbacher, like all of us, has not been a saint in his private life or in eros. Does this subject, then, merit “scrutiny”?

Where do we the draw the line? Why should only “public figures” be accountable to everyone for everything that they do, as we others are not? (And note that, in an age of mass media, when millions of people have cameras and recording devices on their smartphones, anybody can become a public figure at any moment.) What is the justification for the strange assumption that to be a public figure is to deserve no privacy? Is Mosbacher not aware that, as even some feminists have argued (and not just the dissidents Camille Paglia and Christina Hoff Summers), the #MeToo movement has been rather mixed? Does he not know that it has unjustly damaged reputations and encroached upon the private domain generally?

“Standpoint is not frightened to stand up to the shibboleths of polite opinion,” Mosbacher proudly declares. Yet notice the examples he gives; they are not of private matters:

In this issue Dominic Green asks to what extent the Swedish schoolgirl and climate change campaigner Greta Thunberg is a confected phenomenon, Nick Cohen argues that the disability rights movement has in reality made things worse for the disabled, Jamie Blackett stands up for politically incorrect teachers, and Ashley Frawley rails against the mindlessness of mindfulness. But we are also willing to question the actions of conservative heroes. John Meadowcroft shows that Friedrich Hayek had a rather too sympathetic attitude towards Chilean dictator Augusto Pinochet, in fact rather more dubious than that of Milton Friedman, whose own slight relations with Pinochet are often used to disparage pro-market opinion.

One does not have the impression that, for Mosbacher, there is a public-private distinction. He appears to think it a good thing, a sign of progress, perhaps, that “the sexual mores of cardinals, presidents, writers, film directors and producers have all been exposed,” but does not indicate that, with respect to the public interest and to what is newsworthy, such exposure is very different from, say, arguing that “the disability rights movement has in reality made things worse for the disabled.”

Such a shallow point of view is increasingly common, and often accompanied by the dubious presupposition that one’s moral character and, in particular, one’s failings determine one’s competence in areas to which they are by no means relevant. This may be the biggest problem with Mosbacher’s approach. In a world where every public figure is fair game for “scrutiny,” it will constantly happen that people assume some nonexistent relationship between character and the thing for which a person is known in order to affirm their prejudices and impose them on others.

And this will usually be a lazy and incoherent affair, for moral values typically function as narrow perspectives whereby people perceive, evaluate, and judge others with a view to advancing their own ends. (Nothing could be more naive than the belief that the purpose of morality is to arrive at agreement or to dispel disagreement.) The man who assumes a public figure should vote Democrat does not, in most cases, ask himself whether that public figure has good reasons for not doing so. He simply considers him in terms of his own premises, then passes judgment, which may be reinforced by his intimates, or these days, by an internet mob.

It is important to understand that just as the truth of a proposition is logically independent of the character of a person who expresses it, so the competence and value of “presidents, writers, film directors,” and others are not determined or negated by their private moral failings. John Quincy Adams was not a bad president because his quarrelsome character often made him hard to get along with. Moby Dick is not a bad book because Herman Melville allegedly beat his wife. Roman Polanski is not a bad film director because of his alleged sexual assault of a 13-year-old girl. And the value of Martin Luther King Jr.’s beliefs and influence, whatever one thinks of them, cannot be determined by his private failings. (Not that, in the case of a public leader, standing by and laughing while a friend rapes a woman is not a public issue, but Garrow’s article concerns much that is not.)

I do not mean to suggest that “difficult truths” about Martin Luther King Jr. should not come out. What I object to is Mosbacher’s simplistic attitude toward what he calls “scrutiny.” Unless we want public life to be endlessly miserable and treacherous, a lot of private behavior—and yes, vice—should remain unacceptable for public scrutiny. When a law has been broken, it is to be dealt with by the criminal justice system. Moral failings that do not violate the law may merit the reproaches of one’s intimates, but not of people in general.

Not only should we not assume public figures should be scrutinized in private matters where others are not; we should be wary of the moral smugness implicit in such a sensibility, and of the hypocrisy it can easily allow for. What sort of world do we want to live in? Shall there be no relief from moralizing, or rather, moralism? It is a safe bet that anyone who is terribly interested in the private failings of a public figure is something less than perfect himself—although not necessarily aware of it.