In Defense of English Civilization 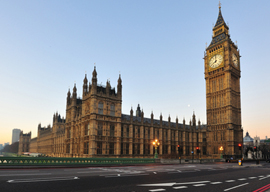 We know that England is under attack, and from its own ruling class. Before we can speak of defense, we need to understand the reasons for the attack.

This is not an attack on tradition in itself, but the unfolding of an alternative tradition.

The English people in 1914 were capable of fully democratic self-government. They had the necessary cultural and genetic cohesiveness for a democratic system not to descend into chaos or majoritarian tyranny.

Democracy, however, was not necessary, as the oligarchy of hereditary landlords who ruled England had absolutely identified itself with the nation. Every interest group had its place within the nation, and there was a place for all.

After 1914, the old ruling class was destroyed”the heavy casualties of both World Wars, high taxes on static wealth, demands for a fraudulent kind of democracy, and so forth. The old ruling class went down before all this, because it never tried to evade the duties that came with national identification.

The new ruling class is a coalition of politicians, bureaucrats, educators, lawyers, media people, and associated business interests that draws income and status from an enlarged and activist state. It does not own the means of production but is content merely to control them. Its general desire is to avoid the entanglements that destroyed the old ruling class. It wishes to avoid more than token identification with the English people at large.

“Conservatives, after all, should not wish to copy the mistakes of the French revolutionaries.”

The present”and so far the most successful”scheme of liberation is to make power opaque and unaccountable by shifting it upwards to various multinational treaty organizations”e.g., the EU, WTO, NATO, etc.”and to Balkanize England into groupings more suspicious of each other than willing to combine against the ruling class.

State-sponsored mass immigration has been the most obvious evidence of this desire. Filling the country with people of different colors and with different ways, which do not like each other, and do not like and are not liked by the natives, is ideal Balkanization. But one of the purposes of political correctness is also to divide the native population”women against men, homosexuals against Christians, and so forth.

The final desire is for the mass of ordinary people to be dispossessed and impoverished and unable to challenge structures of exploitation that channel fantastic wealth to a free-floating class of masters.

If we want to avoid this, we must destroy the ruling class now. Its weakness is its reliance on the state as source or enabler of its income. Conservatives, therefore, must seize control of the state and disestablish the ruling class.

If we want to win the battle for this country, we need to take advice from the Marxists. These are people whose ends were evil where not impossible. But they were experts in the means to their ends. They knew more than we have ever thought about the seizure and retention of power. If, therefore, we ever achieve a government of conservatives and seek to bring about the irreversible transfer of power to ordinary people, we should take to heart what Marx said in 1871 after the failure of the Paris Commune:

…the next attempt of the French Revolution will be no longer, as before, to transfer the bureaucratic-military machine from one hand to another, but to smash it, and this is the precondition for every real people’s revolution….

On the first day of our government of conservatives, we should close down the BBC. We should take it off the air. We should disclaim its copyrights. We should throw all its staff into the street and cancel their pensions. We should not try to privatize the BBC. This would simply be to transfer the voice of our enemy from the public to the private sector, where it might be more effective in its opposition. We must shut it down”and shut it down at once.