In Defense of Mediocrity 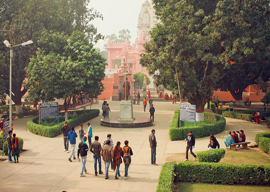 Of recent months, several children of friends of mine have asked my help in preparing what they call a personal statement in their application for a job or place at university. Why they should ask me to help them is a bit of a mystery; I am glad to say that I made my career, such as it was, before these invitations to unctuous self-advertisement were even heard of.

The son of a friend of mine applied for a place at medical school and was turned down on the grounds that his personal statement was inadequate. I don’t know what was wrong with it; perhaps he employed incorrect old clichés rather than the correct new ones. Having the means to do so, my friend sent his son to a tutor who specialized in personal statements (every bureaucratic requirement is an economic opportunity for an ex-bureaucrat wanting to strike out for himself). No doubt the tutor in personal statements advised him to put in more about his passion for social justice and equality. At any rate, it worked and he was accepted.

“There is much to be said in favor of mediocrity. Without mediocrity, there could be no excellence.”

In these statements—apparently as much a requirement in the private sector as in the public—you have to not only explain why you have dreamt all your life of this position in the marketing department (selling the unnecessary to the insolvent) and why you, of all the 7,000,000,000 people in the world, are the most suited to it, but also proclaim your deep sense of social responsibility, which you will bring to whatever task you are told to perform. People have never been entirely straightforward, thank goodness (what need of art and literature if they had been?), but we do seem to be breeding up a generation of Pecksniffs and Uriah Heeps.

I don’t want to indulge in what has been called the hermeneutics of suspicion, the habit of finding the supposedly real, occult, and sinister explanation behind perfectly straightforward social phenomena, but nevertheless I cannot help but wonder what the true purpose is of mission statements and their cognates, such as annual declarations of probity and the like. I think (though of course I cannot indubitably prove) that it is to make the world safe for overeducated mediocrities.

There is much to be said in favor of mediocrity, of course. Without mediocrity, there could be no excellence. We cannot always be living on the heights of Mount Olympus, and surely even the most fastidiously intellectual person has found pleasure or relief in curling up with a second-rate detective story (Wittgenstein did so, besides which there is something to be learned from every book ever written). I have derived much comfort from mediocrity, my own included, and it is my experience that, for a variety of reasons, the greatest experts in their field may make poor witnesses. A person of mediocre accomplishment is often better.

Mediocrity is not a problem in itself; it is inevitable. Indeed the world needs many mediocrities, that is to say mediocrities who know themselves, and are perfectly content, to be such (complacency is as much an underestimated quality as rebelliousness is an overestimated one). The problem with mediocrity begins when it is allied to overweening ambition, as it seems so often to be the case nowadays.

Ambition is likewise a quality that is excellent when it attaches to something worthwhile in itself, but which is dreadful when it does not. And the rapid and phenomenal spread of education has increased the spread of ambition with it, much of it inevitably of the apparatchik type, that is to say the determination to climb some bureaucratic career ladder detached from any purpose except survival and, if possible, self-aggrandizement. To climb such a ladder you have to be both ruthless and submissive at the same time. You have to be egotistically prepared to stab people in the back in the scramble for advancement, while at the same time being prepared to suppress your own personality by uttering other people’s clichés at the expense of your own thoughts. Unpreparedness to do this, either through lack of training or moral scruple, unfits you for a career in the organization, any organization. You have to learn to lie with clichés, and do so with a straight face.