In Grudging Praise of White Racists 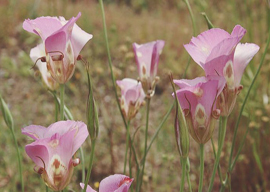 Whenever I invite guests to my house for high tea, the first thing they notice is my stunningly vibrant flower garden. Indeed, fellow gardening enthusiasts are surprised to view such healthy specimens of calochortus catalinae (Catalina mariposa lily), as the soil in this part of town is not particularly known to be rich in nutrients and…

In a world in which so many of us are routinely monitored for “racism,” such misdirection is sometimes required. And now that we’re safely out of the line of sight of the bots, we can proceed.

“Nigger” is an ugly word. I can say with confidence that in my 49 years on this earth, I’ve never directed that epithet toward another human being. I’ve certainly said the word while telling an anecdote or recalling a conversation, but it’s an unpleasant word, and I avoid it in daily conversation.

Saying “nigger” should not be a revolutionary act. There should be no dignity in it. Yet thanks to the social justice left, saying “nigger” is fast becoming an act of justifiable defiance.

“When an extremist ideology is allowed to exist unopposed, it becomes mainstream.”

Until last week, I had no idea who Kendrick Lamar is. I’d heard the name, to be sure, but I’d assumed he was some kind of sports figure, as his name seems tailor-made for an NBA jersey. Turns out he’s a popular rapper who actually won a Pulitzer Prize (has anyone checked the Pulitzer HQ for lead paint?). A few days ago, Lamar was playing a music festival in Alabama when he invited a young white woman to come up on stage to “sing” his hit “song” “m.A.A.d. City”:

It’s nice to know that, as we pull down statues of Stephen Foster, we can bear witness to a new generation of master songsmiths who’ll pick up his torch.

Lamar specifically chose a white girl to come up on stage to perform with him. And he specifically chose “m.A.A.d. City” as the number to be performed. So, as requested, she began to recite the lyrics. And when she said “nigga,” Lamar stopped the show and publicly humiliated her, encouraging the audience to boo and insult her as he scolded her for doing exactly what he’d asked her to do. By the next day, the girl had been threatened and harassed off social media. That the woman in question is rotund and unattractive only made it worse, as she proved perfect grist for the meme mill.

Perceptive social media users noted that this was obviously a calculated setup, a way for Lamar to get in the week’s news cycle (it worked). But while the setup angle was obvious to those with a brain stem, America’s leftist pundits (who as a group have the highest incidence of anencephaly in the U.S.) cheered Lamar, and eagerly heaped additional abuse on the unfortunate girl.

Race aside, let’s focus on the unequal power dynamics at play here. A multimillionaire rapper humiliated, scolded, and whipped up a hate mob against an absolute nobody who wielded zero power in the situation. Remember the days when leftists claimed to side with the powerless and disenfranchised, regardless of race? But today’s media elites not only sided with Lamar, they actually applauded him for bullying the girl. Mind you, these same elites will no doubt extol the virtues of Spike Lee’s upcoming film BlaKkKlansman, which is filled with white actors saying “nigger.” Because those actors are just “playing a part.” But isn’t singing a song roughly the same thing? Does one actually have to be an American-born Vietnam vet to sing “Born in the U.S.A.”? I’ve karaoke’d to “Bohemian Rhapsody” more times than I can recall, but you know what? I’ve never actually killed a man in real life. What’s the difference between a white chick saying “nigga” while reading song lyrics at the request of the author, and a white guy in a Spike Lee film doing the same while reading from the script? In both instances, the whites are reciting the words of a black man at the request of the black man.

The Lamar incident was nothing more than a power play, an attempt to humble and intimidate a person of a different race, a public spectacle designed to make sure that people with a certain skin color remember their place. This is frighteningly familiar stuff. In the early part of the previous century, opera singer Marian Anderson was attacked by white racists for daring to sing “white music.” In Nazi Germany, Jews were banned from performing “Aryan music” (indeed, in the ghetto/town of Theresienstadt, to which “privileged” Jews, including many artists, were sent, the orchestra was expected to play only “Jewish music,” because, according to the Nazis, Jews don’t possess the “racial soul” to comprehend Aryan art).

And now the left is resuscitating and repositioning the notion that music has a racial soul.

I first noticed this trend in 1999, when L.A. Times fraud Alisa Valdes attacked singer Lou Bega for his pop version of “Mambo No. 5.” As a “non-Latino,” she argued, he shouldn’t sing “Latino” music. In 2005, also in the Times, Colombian author (and Reuters editor) Paulo Prada claimed that European Antonio Banderas didn’t have the “roots” to perform a Central American song at the Academy Awards that year. “Imagine a Scotsman trying to wrap his brogue around hip-hop from Brooklyn or South Los Angeles,” Prado asked. Exactly. It’s as ridiculous as thinking that a Chinese person can handle European classical music (oh…right).