In Honor of Romance 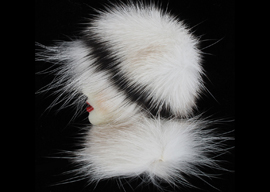 In honor of romance I offer these three vignettes.

Our first woman was very beautiful. She had an hourglass figure and long black hair. Her complexion was called “peaches and cream” and she once represented her state in the Miss America pageant. Everyone agreed she was stunning. She came from a successful family with plenty of material assets besides.

One February a fellow she had been seeing for several months asked her whether she would like to go from New York to Ireland for a romantic getaway. He would pay for everything including first-class airfare, luxury hotels, and incidentals. Not being a complete fool, he mentioned that given the suddenness of these plans she might need to pay for dinner one night.

“Everyone who worked with her acknowledged she was determined and resourceful. The perpetual scowl on her face confirmed this.”

She said she would get back to him. Two days later she informed our hero that after discussing the matter with her circle of friends they had decided he was an utter cad and should never have had the temerity to suggest she pay for so much as a tip, let alone a dinner. If he really loved her he would not have suggested the burden. He agreed entirely and insisted they cancel their trip immediately.

A second woman was very successful in her highly educated postgraduate career. Everyone who worked with her acknowledged she was determined and resourceful. The perpetual scowl on her face confirmed this.

She too had a man in her life and he was more or less devoted to her. However, he never seemed to measure up to her standards. To her, his physique was not quite right. In her eyes he was getting too old. From her perspective his ideas about people were peculiar, naïve, and even foolish.

Apparently the only way to rectify these failings was to repeat them constantly while hoping they would vanish. This strategy ultimately proved successful because they eventually disappeared, though he left along with them.