In Praise of Reactionaries 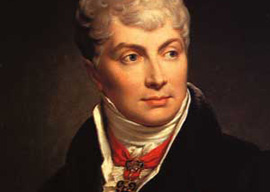 Robert Conquest“celebrated both as a poet and a historian of Soviet Russia”was at one point lecturing throughout the US. As the story is told, people would come up afterward and say things like, “I understand you”re rather conservative,” to which he would crisply reply, “No”reactionary!”

He was committing irony. Until the early 1960s, Americans were all believed to agree on an ever-improving liberalism and thought that their politics had no place for extremes such as conservatism or socialism. Whole books were written to prove it. Something began to change with the 1964 presidential election, and a conservative revolution of a kind was achieved with Ronald Reagan’s arrival. Reagan was in most respects only a free-market believer in smaller government. Words were changing their meanings, but some remained firmly misleading. An American “liberal” is still hardly different from a European social democrat.

In America’s political constellation, a “reactionary” was rather like a conservative squared. He”less often she”represented someone so far off the political-decency scale as to be amusing rather than dangerous. But “reactionary” is a word well worth keeping in the political lexicon. It stands for a sentiment of loyalty to the country and the regime in which one lives, or perhaps more commonly, loyalty to an image of that society in earlier times. Simple moral truths generally animate people, who become more reactionary as they get older. They believe that one ought to live within one’s financial means and thus are horrified by the catastrophic public-debt levels that modern liberal democratic states have acquired. Like Margaret Thatcher, they instinctively favor the economics of the housewife and are skeptical of Keynesian demand-management theories.

“As a reactionary, my view is that the great thing about the British monarchy is precisely that no one ever elected them.”

The very term “reaction” has resulted from the French National Assembly‘s left-right orientation of legislative seating. This left-right continuum is profoundly misleading, but we remain in its thrall. Back then the struggle was cast as one between “reform” and “reaction.” Historians of nineteenth-century Europe would write whole books on “Reform and Reaction in X, Y, or Z.” Count Metternich featured in such books as a pillar of reaction. He was trying to keep the Austro-Hungarian empire in business as its cultures steadily dissolved into various forms of nationalist enthusiasm. In this context, reactionaries supported European states” existing monarchical structure, while reformers, or radicals, wanted to bring nationalism, democracy, and liberal practices into power as part of a general program which reached its climax in the 1919 Versailles settlement. The reformers had carried the day, and little survived of monarchies except in northern Europe’s stable regions. They were the lucky ones!

Loyalty is the emotion that sustains reactionaries. They reject the universals that generate such political enthusiasm among radicals. It is the dream of perfect abstractions such as the nation, or internationalism, democracy, rights, and social justice that fires radicals” blood and dismays reactionaries. These abstractions refer rather remotely to things that may be valuable in national practice, but separated from the history and traditions in which they are embedded, they often become dangerous sources of fanatical allegiance. Reactionaries are loyal to concrete experiences, usually to their country’s values”and sometimes to unreal memories of that tradition in contrast to the decline they see around them. This makes them in the highest degree critical, and it is ironic that “being critical” (i.e., a heroic antagonist of current prejudices) is a piece of self-flattery generally claimed by radicals rather than reactionaries.