In Search of Lost Money 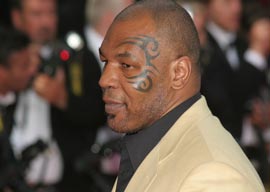 Last week we wrapped on the possibility that bitcoin (BTC) might be backed by gold or another asset class, although gold and BTC have a special affinity in that they are both “outlier” asset classes. Meaning they”re good in an emergency, but they are traded on the periphery of the markets (by volume). However, despite its price volatility”nota bene”BTC is proving not to be a futuristic cover story: It can, in fact, be extremely expedient. Right now.

If you live in a country like Cyprus or Greece (or the USA) and you want to expatriate money to a safer haven, and do it under the radar, then gold smuggling or BTC may be your two best options; the anonymous movement of capital exemplifies one of many qualities found in gold and BTC. The two asset classes possess a mutual attraction due to their opposite natures, too: Gold is ancient, BTC ultra-new; gold is heavy, BTC weightless; gold is yin to BTC’s yang. Bitcoin possesses a mathematical elegance and integrity that I can only describe visually: as the equivalent of a fractal hologram.

“When people are trying to move money out of the country and the state is stopping that from taking place, bitcoin is the only way to move any value,” is how Adam Vaziri, a UK Digital Currency Association board member, confirms this advantage. “There aren”t any other options unless you buy diamonds, and that’s very difficult to move.”

Janet Skoyles, the CEO of The Real Asset Co. quoted last week, naturally maintains a strong interest in the gold/BTC combination, being a gold supplier, too. Skoyles would like to see a world where “carrying out transactions using gold would be as simple as purchasing via bitcoin is now,” and she recommends bitcoin as the best means for gold distribution to expand”so the man in the street too can buy security in the form of gold, even if it is in fractions. In the search for working variations upon this theme, one well-informed reader of this column graciously provided me with a viable product: The gold/bitcoin marriage can be neatly consummated by “blockchain gold certificates,” which sound easy enough to trade.

“One thing’s for sure: Digital money is coming down the line and it may be in widespread use in ten years” time.”

Rest assured that an excessive number of entrepreneurs are currently exploring other solutions and other pairings, many of which are much more opaque than gold/BTC, and they”re doing this as if this growing subsector were El Dorado itself: They might strike virtual gold and get rich quick, they believe. I have seen them and I”ve seen the hundreds (if not thousands) of variations of bitcoin product under development by financial engineers.

Many schemes or business models I myself purloined while attending the 2014 Bitcoin Summit were hypercomplicated to the point of redundant, and they were obscure at best in terms of utility, as if complexity were a badge of honor. (Though it works well at keeping things in the hands of an elite: the digital cartel.) A great many cryptocurrency solutions depended on the most obscure relationships, operating under this pressure to find a form of “backing” for bitcoin… The lack of which (backing) is the main complaint of BTC’s opponents”when no backing at all may be necessary? In fact, bitcoin”and bitcoin alone”is already the best advertisement for blockchain itself, and blockchain is the great invention; it’s where the real action lies. For proof of blockchain’s exceeding merit, see almost any newspaper or news website you pick up or click onto in the coming weeks: It’s the big story again right now. Only today, the great (once bankrupt) Mike Tyson announced the launch of his own mobile bitcoin wallet brand in partnership with Bitcoin Direct, in a bid to convert the general public to the digital currency”according to City A.M.

BTC holds potential appeal for capturing the “great un-banked” and bringing them in to boost the mainstream economy”whether it’s the roughly 25 percent of U.S citizens without bank accounts, or millions of people in Africa. Bill Gates is planning to use bitcoin blockchain to plug into the (well-established) mobile money system, via a Gates-funded pan-African start-up called Bitsoko. I doubt BTC users in Africa worry about the need for bitcoin to find a “backing” like gold, used as they are to telephone-transferred money deposits”that is, digital credits and debits using the mobile phones as a primary bank account, the dominant model for possibly the majority.

Skoyles explains gold’s previously unfashionable status: “Gold and silver fell off the tracks because the way it operates in the monetary system does not lend itself to the way we now use money. [However] the technology behind the blockchain could be what is needed to enable gold and silver to join the international monetary system and once more become an everyday transactional tool for the average consumer.”

A convincing argument for BTC’s unique and unbacked integrity is compellingly explained in a CoinDesk article by Travis Patron entitled “Forget Gold, Bitcoin is Backed by Time.” The author highlights the blockchain’s release of bitcoin, at a “disinflationary” rate, every ten minutes, in perpetuity”adjusting the difficulty with which more BTC can be mined in reaction to economic conditions (adverse/benign) such as they are at that time. The ten-minute release pattern almost mimics nature or biology in one way, e.g., the fact that we exhale every five to ten seconds? This temporal repetition acts as a means of retaining stability, in bitcoin and in the way we breathe (should the repeats stop, we die; if they accelerate, we hyperventilate).

Patron also name-checks Milton Friedman and his “k-percent rule,” summarizing the proposition in relation to it: “Friedman predicted the rise of a computer capable of automatically adjusting the inflation rate of money, and this is precisely what we see in the case of bitcoin, as a regulatory algorithm intelligently adjusts the mining difficulty to make the issuance of blocks more or less easy depending on the demand for network hashing power.”

One thing’s for sure: Digital money is coming down the line and it may be in widespread use in ten years” time. Possible, maybe even probable, is the potential for digital money to be structured in a manner identical, or similar, to that of blockchain.

As we close the BTC question for now, consider one organization whose research bears on the cryptocurrency issue, among others. SF Econ, as it is called, is a group of economists registered in a directory as engaged in “gathering numerical content for a general, comprehensive, and dynamic model of global economic adjustment; featuring detailed model prototypes””something they describe as a “flight simulator” of the world economy.

According to www.sfecon.com, theirs is “an inquiry into the sources of order and stability in capitalist systems.” As a scientist familiar with their work (who prefers not be named) explained to me: “The model we find here shows that a “solved calculation problem” allegedly gives rise to a solid “reference commodity””i.e., a currency”that cannot be counterfeited, hidden, confiscated, hoarded, lost, misrepresented, or cornered because it is an abstraction that anyone can compute, on the basis of (1) a self-evident scientific premise, and (2) information of a sort that is publicly available now.”