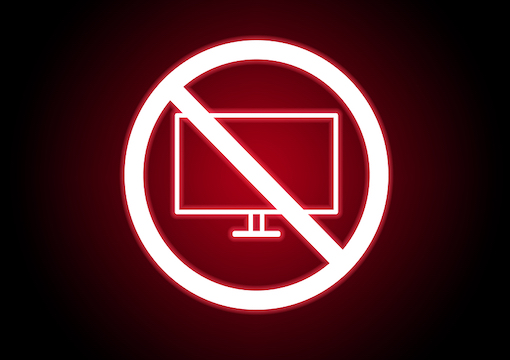 “It is old custom that enables people to live together peaceably; the destroyers of custom demolish more than they know or desire.” —Russell Kirk

Merriam references Pascal-Emmanuel Gobry’s article “A Science-Based Case for Ending the Porn Epidemic,” published at American Greatness on Dec. 15. Unfortunately, the piece is marred by Gobry’s acceptance of the brain disease model of addiction, a false and, because it effectively negates the concept of moral agency, very mischievous conception. As I noted in my recent column “How Intellectuals and ‘Experts’ Undermine Moral Agency,” the brain disease model of addiction was very ably refuted by Heyman et al. in their trenchant and principled amicus brief in the important Commonwealth v. Eldred case. Nevertheless, Gobry’s article remains pretty useful, providing as it does a lot of evidence of just how very harmful pornography is.

Especially since, to say a rather remarkable fact, there is now a virtually endless amount of the stuff available all day every day to anyone with an internet connection—including children. What is more, there’s a lot of pornography that makes Playboy and Penthouse seem like Jack and Jill, the wholesome children’s magazine for which my late grandfather, the humor cartoonist Robert Lee DeGroot, was once an illustrator.

In the past few weeks, Merriam, Gobry, Matt Walsh, the phony gatekeeping conservative Sohrab Ahmari, and others have called for the government to regulate pornography. By contrast, some other right-wing writers, libertarians especially, have opposed what they think would be government overreach, their position well captured by Casey Given’s Dec. 9 article in the Washington Examiner, “The misguided war on pornography and the return of right-wing puritanism.” This debate is an instance of a more general phenomenon, one that is one of the most momentous political issues of our time—namely, the ongoing conflict between individual sovereignty and paternalism. And while this particular instance of a general conflict that divides social conservatives and libertarians indicates that William F. Buckley’s fusionism was never a good project except insofar as it served certain foreign policy interests during the Cold War, the general conflict is by no means specific to the right. Liberals and leftists, after all, have long had their own battles regarding individual sovereignty versus paternalism.

Since, then, the issue is so important, it would be worthwhile, I think, to imagine that there is not already a legal case to be made against pornography. Let us assume, instead, that this is a moral matter that the American public, with its characteristic rationality and good sense, must reason through, in order to decide whether or not a law or laws should be made to regulate pornography. For since normative debates often precede the making of new laws, this little thought experiment will mirror the process of how new laws often get made, in particular those that concern the quarrel between individual sovereignty and paternalism. It will serve, moreover, to illuminate how moral values function in societies in general.

“This much, at least, is certain: The paternalists have their work cut out for them.”

Or does individual sovereignty trump such paternalism?

Whatever you think concerning pornography, it is necessary to recognize that, from a logical point of view, the harmfulness of pornography, in and of itself, doesn’t entail the right to exercise control over the pro-pornography group or to subject them to coercion to that end. (To be clear, I don’t mean to imply that I myself am against the regulation of pornography; what I am trying to do is convey the logical character and complexity of the debate.)

And yet, might the good (i.e., not viewing and engaging in pornography) be such that one must simply submit to it, as it were, if one is to be in the right morally? I think so.

But what, you may ask, if one does not want to be in the right morally? Here again we face the question: Do others have the right to make us be so?

And there is, in any case, a general difficulty: that moral goods are not knowable in the clear, incontestable way that two plus two equals four. We can arrive at them only by means of engagement, in many instances invariably controversial, with the opinions of our fellows. (Not to imply that there’s nothing to the good but mere opinion; i.e., relativism or subjectivism, both self-refuting positions, since the view that all values are merely relative or equal is itself relative or subjective.) And as we see from the history of philosophy, moral debates are endless affairs, even as our era’s great cracker barrel philosopher Steven Pinker affirms “enlightenment now.”

This much, at least, is certain: The paternalists have their work cut out for them. For so shot through with individualism is our culture that many if not most people basically take it for granted that they should be able to do whatever they want so long as they don’t harm others. “Mind your business!” they say to the poor paternalist Sohrab Ahmari, who, bless his righteous Christian heart, is as vexed by drag queen story hour as he is by bad team members like Peter Brimelow.

Many an individualist finds his touchstone in this enormously influential passage (“the harm principle”) from John Stuart Mill’s On Liberty:

[T]he sole end for which mankind are warranted, individually or collectively, in interfering with the liberty of action of any of their number, is self-protection…. [T]he only purpose for which power can be rightfully exercised over any member of a civilized community, against his will, is to prevent harm to others. His own good, either physical or moral, is not a sufficient warrant. He cannot rightfully be compelled to do or forbear because it will be better for him to do so, because it will make him happier, because, in the opinions of others, to do so would be wise, or even right. These are good reasons for remonstrating with him, or reasoning with him, or persuading him or entreating him, but not for compelling him, or visiting him with any evil, in case he do otherwise. To justify that, the conduct from which it is desired to deter him must be calculated to produce evil to someone else. The only part of the conduct of any one, for which he is amenable to society, is that which concerns others. In the part which merely concerns himself, his independence is, of right, absolute. Over himself, over his own body and mind, the individual is sovereign.

The main purpose of “the harm principle” was to oppose what Mill called “the tyranny of the majority.” Of the fitness for the majority to decide how people should live together, Mill did not think highly, to say the least. To be sure, there is much to be said for “the harm principle,” even though, as many philosophers have pointed out, “harm” and “evil” are ambiguous concepts, about which people will differ. “[T]he sour faces of the multitude, like their sweet faces, have no deep cause, but are put on and off as the wind blows and a newspaper directs,” said Emerson. John Derbyshire is also quite right that what he calls “magical thinking” is the default mode of nearly all mankind. In “magical thinking,” “truth” is determined by what you’ve picked up from other people and by what suits your interests, the overarching purpose being to advance what makes you feel good. The principled objectivity and detachment of the serious scholar, scientist, or philosopher is as rare as an honest politician. Meanwhile, most people are only too happy to use their shallow opinions to justify the control they wish to exert over others.

And yet, as the great English jurist James Fitzjames Stephen demonstrated in his brilliant book Liberty, Equality, Fraternity, the Millian approach is simply not workable. It cannot scale. Though the goals are fairness and liberty, and resistance to unthinking conformity, the result would be chaos. Everyone being free to go his own way so long as he doesn’t harm others makes for endless conflicts and question-begging. Such liberty is contrary to social order, which is the necessary condition for liberty itself. Accordingly, there has never been a society founded on or entirely guided by anything like “the harm principle.” And it’s hard to see how there ever could be, save for some small, essentially homogeneous one.

To understand all this, consider the case of those who advocate the legalization of all drugs, including hard drugs such as heroin. These persons, who are analogous to the pro-pornography group in our example above, reason as follows: “Heroin may well be harmful to me. It may indeed ruin my life. But even so, insofar as my use of it doesn’t harm others, it’s nobody’s business; so, the state is not justified in punishing me for using it.”

And certainly, one can find examples of people who do use heroin (or crack, or crystal meth, or whatever) but don’t harm others. Still, human behavior is a varied and unpredictable thing. There are, needless to say, many drug users who do harm others, and who cost taxpayers a great deal of money besides. Nor can it be known a priori that the user who is harmless today will remain so tomorrow. Similarly, a paternalist may fairly say, contra the pro-pornography group, that the problem with the view that people can simply ignore hardcore pornography if they think it’s bad is that children—who cannot always be supervised—will probably be exposed to this very harmful thing even so. The best we can do, then, is to try to reach a compromise between conflicting goods that comprehends the greater good.

It is well to know, too, that not all goods are arrived at by rational analysis or argument and debate. Many, indeed, come down to us via custom and tradition, products of trial and error, and of not a little hardship and suffering. Nor do these goods cease to be precisely that just because they’re not the fruits of the chattering classes. On the contrary, they constitute a precious inheritance, easily lost through the (unwittingly) rationalistic aims that characterize liberals and progressives generally.

Although, as a general rule, we should expect justification for things that hinder or preclude individual sovereignty, for anyone who would live among others, it is wrongheaded—and naive, even—to think that all human affairs can or should be matters of logical justification, or such that there will be no loss in the way of the good. Not everything is debatable. Trade-offs are inevitable. And the immense societal harm caused by greater accessibility to drugs such as heroin and crack, I would argue, would probably far outweigh the loss of sovereignty for those who would use the drugs without harming others.

Of course, I don’t think that whatever is harmful to ourselves and others should be illegal for that reason. Just as we can have too much individual sovereignty, so we can have too much paternalism. One has to consider the gravity of the harm, as well as it’s likely overall social consequences. In these respects, heroin and violent pornography are considerably different from, say, cigarettes and all-you-can-eat buffets.