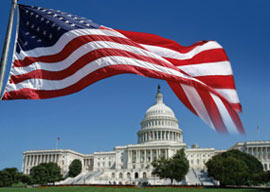 Oh lord. Oh lord. Can the government do anything right? There is no evidence for it. None. Everything it touches turns to grotesque failure. It hurts me to contemplate the federal reigning monstrosity in the Yankee Capital. I may have to send out for a bottle of Padre Kino red to get me through it. The Great Purple Father is the worst wine known to man, thirty-nine cents a trainload. Never mind. Desperate times call for desperate measures.

Nothing works, government-wise. Ponder healthcare, if you can stand it. One approach to keeping people alive and healthy is national healthcare, which many countries, such as France, have and it works. It’s because grown-ups run it. Or you can have private healthcare, which the US had and, though it was way overpriced and unwieldy, strangled by paperwork and corruption, more or less worked, sort of.

So the gummint comes up with Obamacare, that doesn”t work at all. The feds can”t even write the freaking computer program. Yes, here in the world’s greatest technological power. We ought to contract the software to Guatemala, which couldn”t do it either but would cost less.

The War on Drugs”another disaster. A half century, billions of dollars, countless stupid laws, Mexico a war zone. Result? Every drug known to man, woman, or hermaphrodite is for sale at great prices in every high school in America. Another triumph of private enterprise over governmental regulation. If Washington tried to provide free drugs, it couldn”t come close. No one would be able to get so much as an aspirin.

Race relations. Another charred ruin. Better than a half century into the Great Society, huge numbers of blacks live trapped in urban Bantustans, Newark, Detroit, Birmingham, Philadelphia, barely literate if at all, unemployed and unemployable, bastardy almost universal, utterly dependent on federal charity, without the slightest hope that any of this will change. If Washington had deliberately tried to make a greater mess, it couldn”t have.

Open borders. Another train wreck started, stage-managed, and supported by Washington. The merest glance at the outside world would show that mixing immiscible peoples regularly results in strife, division, decline, and, often, civil war. Coming to a theater near you. Merry Christmas.

The military. A trillion withering green ones a year and we get forces that can”t beat a few pissed-off goatherds with AKs. Which actually is a good thing since they shouldn”t be trying. A chronicle of unmitigated failure, and always for the same reason: trying to use shiny toys to whip whole countries that don”t want us there. Hey, if it doesn”t work, let’s do it again.

And now Washington wants wars with Iran and China when it can”t beat Yemen. You have to concede a certain logic here: If you can”t defeat Afghanistan, a billion Han Chinese will be a cakewalk.

Economic policy. If any. Washington drives the country bankrupt, colludes with Wall Street, to the extent that there is a distinction between Washington and Wall Street, and brings on the subprime crash. The swine tell us that we are the greatest economic powerhouse known to creation, while unemployment is ghastly, college grads have to live with their parents, food stamps spread, and the middle class lives paycheck to paycheck. Oh thank you, thank you.