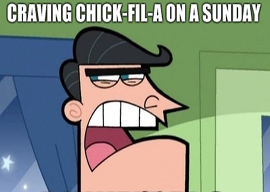 When bureaucrats talk about increasing our “access” to x, y or z, what they’re really talking about is increasing exponentially their control over our lives. As it is with the government health care takeover, so it is with the newly approved government plan to “increase” Internet “access.” Call it Webcare.

By a vote of 3-2, the Federal Communications Commission on Tuesday adopted a controversial scheme to ensure “net neutrality” by turning unaccountable Democratic appointees into meddling online traffic cops. The panel will devise convoluted rules governing Internet service providers, bandwidth use, content, prices and even disclosure details on Internet speeds. The “neutrality” is brazenly undermined by preferential treatment toward wireless broadband networks. Moreover, the FCC’s scheme is widely opposed by Congress—and has already been rejected once in the courts. Demonized industry critics have warned that the regulations will stifle innovation and result in less access, not more.

Sound familiar? The parallels with health care are striking. The architects of Obamacare promised to provide Americans more access to health insurance—and cast their agenda as a fundamental universal entitlement.

“Increasing competition and restoring academic excellence in abysmal public schools is far more of an imperative to minority children than handing them iPads.”

In fact, it was a pretext for creating a gargantuan federal bureaucracy with the power to tax, redistribute and regulate the private health insurance market to death—and replace it with a centrally planned government system overseen by politically driven code enforcers dictating everything from annual coverage limits to administrative expenditures to the makeup of the medical workforce. The costly, onerous and selectively applied law has resulted in less access, not more.

Undaunted promoters of Obama FCC Chairman Julius Genachowski’s “open Internet” plan to expand regulatory authority over the Internet have couched their online power grab in the rhetoric of civil rights. On Monday, FCC Commissioner Michael Copps proclaimed: “Universal access to broadband needs to be seen as a civil right … (though) not many people have talked about it that way.” Opposing the government Internet takeover blueprint, in other words, is tantamount to supporting segregation. Cunning propaganda, that.