Intersectional Feminist Catfights Turn Me On 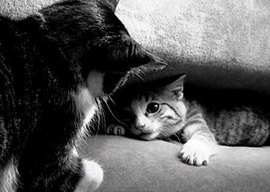 If it was only white women who had voted in the past presidential election, Donald Trump still would have won. The only difference would be that he would also have won the popular vote, and by a 12-point margin. Trump garnered 53% of the white female vote, whereas a white woman named Hillary Clinton was only able to rally 41% of her white sistren to pull the lever for her.

Ashamed, traumatized, horrified, and grievously triggered by these stats, a pair of phenotypically white women from New York City”where else?”have designed and are marketing a “NOT THIS WHITE WOMAN“ T-shirt that enables white feminists who didn”t vote for Trump to publicly virtue-signal this fact.

Are you a white woman who did not vote for Donald Trump? Have you been searching for a way to assuage the guilt you may feel after learning white women were largely responsible for sending us all to Boy-Are-We-Fuckedville? Do you have zero self-awareness? Then get those credit cards out bitches!!!!….That aside, it’s hard to see how this really helps anyone or anything other than the conscience of the white women buying this shit….All it says is you want people to know you”re not a complete asshole. The irony is, this shirt kinda makes you look like an asshole.

“Intersectionality,” which I”ve previously referred to as “Cannibalism Among The Oppressed,” refers to the highly amusing tendency of leftist identity politics to devolve into petty pissing matches about whose group has had a shittier, more miserable history. In case you didn”t realize, the more of a historical loser you are, the more advanced and noble you are as a human being. When it comes to shuffling the Progressive Stack, straight white Christian males go to the bottom of the deck by default. But if you just happen to be a one-armed HIV+ obese transgender black lesbian with multiple personality disorder, you might as well be the second coming of Gandhi.

To their befuddlement, white feminists are waking up to the fact that they are being herded to the back of the progressive bus due to their shamefully inescapable whiteness.

When a small group of white women announced a Women’s March on Washington for this Saturday, Feminists of Color immediately scolded them for culturally appropriating the name of 1997’s Million Woman March, which was exclusively a black thang. They were also lectured for lifting their stupid little event’s name from MLK’s 1963 March on Washington for Jobs and Freedom.

After being told to check their privilege, the march’s white female organizers hastily hired a token black woman, a token Muslim woman, and a token Latina.

In the fading Whitopia that is Portland, OR, the president of the local NAACP dropped her endorsement of an anti-Trump march scheduled for Saturday because “I didn”t want to be part of the march if it was going to be a white-woman kumbaya march.”

It should come as no surprise that white feminists” clumsy attempts to be black women’s “allies” is greeted with sneeringly imperious disdain by black women, but white feminists tend to live in a little white bubble, don”t they?

No matter how hard they stretch and strain to reach out to their highly fetishized Women of Color, white feminists invariably find their hands being slapped away.

They are harshly reminded that America’s original white suffragists were, by modern standards, unforgivably racist. Nonwhite feminists will tell you cool information”which I previously didn”t know”about how Elizabeth Cady Stanton lamented that “degraded black men” had been granted the vote before white women. They will alert you to the fact that white suffragist Frances Willard justified the lynching of black men in the South because she considered black dudes to be drunken perverts who couldn”t keep their dicks in their pants.

Showing zero sense of irony nor the slightest wisp of self-awareness, they will chide white females that “Black Women Are Far More Likely To Be Fatally Shot By a Man Than White Women,” but they act as if this is somehow the fault of a white supremacist society rather than the possibility that black men, you know, tend to kill their domestic partners more than white men do.

The question is not IF you are a part of the problem, I am here to tell you that YOU ARE.