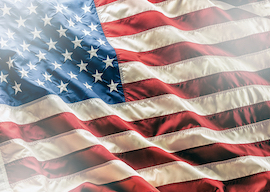 If a president cited crime statistics to rile up racial hatred, but his speech was immediately followed by a terrorist massacre, would he be criticized?

Well, not if he were Barack Obama, whose July 7, 2016, TV oration from Warsaw denouncing the police shootings of two black men was followed later that day by the murder of five policemen at a Dallas Black Lives Matter march. Ten days after Obama’s speech, three more cops were murdered in Baton Rouge.

When I heard about the Dallas BLM terrorism, the first thought that leapt into my head was: “So Donald Trump is going to be president.”

And that turned out to be true, although the entire event has largely been memory-holed by the press.

Obama’s speech offered a strikingly irresponsible assertion that the reason blacks are in trouble with the law so much is the racism of white policemen:

But what I can say is that all of us as Americans should be troubled by these shootings, because these are not isolated incidents. They’re symptomatic of a broader set of racial disparities that exist in our criminal justice system. And I just want to give people a few statistics to try to put in context why emotions are so raw around these issues.

Few topics in the social sciences have been studied more exhaustively since the 1960s than why blacks get in trouble so much more than other races. There are huge incentives for researchers to find a way to blame racism, but the statistics have never quite panned out. Yet fifty years of social science didn’t dissuade Obama from misleading his followers:

According to various studies—not just one, but a wide range of studies that have been carried out over a number of years—African-Americans are 30 percent more likely than whites to be pulled over.

Amusingly, Obama brought up traffic stops first because he, personally, earned numerous speeding tickets racing from Chicago to Springfield and back while juggling jobs as a law school lecturer and a state legislator. Pulitzer Prize-winning biographer David J. Garrow’s exhaustive 2017 biography Rising Star: The Making of Barack Obama notes Obama’s paranoia that the cops were out to get him because he’s black:

[One] reporter asked about his racial profiling bill and he explained that, “you will be hard pressed to find a black or Hispanic family who does not have at least one member who feels they’ve been stopped because of their race.” The reporter added that Obama “said he has been stopped many times for an apparent traffic violation.”

Soon after that, Barack had painful occasion to consider “driving while black” when he was pulled over and given a $75 ticket for going 62 in a 45 mph zone, yet as scheduler Cynthia Miller knew, “Barack does drive fast.”

“An increasingly hysterical propaganda campaign is being waged to bully Americans into conceding their birthright in America.”

Last year, African-Americans were shot by police at more than twice the rate of whites.

But according to a 2011 report by Obama’s own Bureau of Justice Statistics, blacks, who make up only 13 percent of the population, commit 56.9 percent of shooting homicides.

It’s basically a blood libel for a president to tell blacks that Numbers prove that their problems are caused by racist whites. Not surprisingly, just hours after Obama’s speech, a black man shot fourteen cops in Dallas.

Nor is it surprising that the total number of homicides in the U.S. shot up after Black Lives Matter, the Obama administration, and the prestige press decided in August 2014 that what was ailing the black community was too much law and order.

The BLM Era increases in murder were concentrated exactly where BLM won its biggest victories over law and order, such as in Baltimore:

(By the way, this increase in homicides keeps going up as, say, more people victimized in 2016 die of their wounds or more 2016 missing persons are found in shallow graves. When I started writing about the “Ferguson Effect,” the increase from 2014 to 2016 was only a little over 20 percent, but now it’s approaching 25 percent.)

The 4,506 incremental deaths from excess murders in Obama’s last two years during his War on Racism over 2014’s number were quite comparable to the 4,423 American fatalities in George W. Bush’s similarly misbegotten Iraq War.

An important conundrum is why America’s ancient problems with the descendants of black slaves have gotten so politically intertwined with its newly concocted problems with nonwhite immigration. After all, it’s not at all reasonable why white guilt over mistreatment of African-Americans in the increasingly receding past is so often used these days to justify throwing open the borders to foreigners.

Obviously, one reason is that some influential blacks such as Obama are of immigrant stock. But another answer goes back to a catastrophic miscue by the Nixon administration.

The accelerating Scramble for America, in which the world’s 7.5 billion pre-Americans stake their claim to the USA, offers numerous benefits for American elites, such as lower wages to pay, higher prices for their property, more pliable voters, and greater opportunities to trade visas to foreigners in return for meddling abroad.

From the Beltway perspective, the only problem is that America’s current voters don’t much see what’s in it for them from immigration, other than more ethnic restaurants.

Although this basic logic is hushed up, Americans more or less understand that they benefit from owning a vast country that is still relatively lightly populated compared with, say, India or Nigeria.

Why share your rightful property with newcomers? For example, Jeff Bezos owns both the pro-immigration Washington Post and over 300,000 acres of very private property in the U.S.

Which advice should you trust more? What Bezos’ editorial page tells you that you ought to vote for or what Bezos chooses for himself?

The answer is obvious. Hence, an increasingly hysterical propaganda campaign is being waged to bully Americans into conceding their birthright in America.

The stratagem of choice lately has been to demonize any attempt to limit the quantity or improve the quality of immigrants as “white racism” or “white supremacy” or “white nationalism,” and assert guilt by association with the latest (but one) mass shooter.

Only a racist, driven by fear, could witness what took place this weekend—and instead of standing up to hatred, side with a mass murderer’s call to make our country more white.

Debate over immigration policy goes back to before 1776, with the restrictionists typically enjoying the intellectual advantage.

The wisest man in American history, Benjamin Franklin, pointed out in 1754 that Americans enjoyed the highest standard of living in the world, with high wages and low land prices allowing early and nearly universal marriage, due to the low population density.

Ben went on to observe, however, that continued immigration into the increasingly crowded strip between the Atlantic and the French-ruled Ohio River Valley would inevitably undermine this broad prosperity, and thus he called for immigration cutbacks, limiting the eligible to the English.

That same year, though, a young George Washington got into a firefight with the French near the site of present-day Pittsburgh. When the dust from the Seven Years’ War settled nine years later in 1763, the British empire extended all the way to the Mississippi, and Franklin’s concerns about the effects of immigration on overcrowding were put on hold due to the vast new conquest.

Ben instead became an ardent imperialist, for example arguing in a 1760 pamphlet that a suggestion that the Crown trade cold, gloomy Quebec back to the French for a rich French sugar island would be a disaster in the long run. Franklin asserted that whoever could control Quebec City and New Orleans would control the two waterways, the St. Lawrence and the Mississippi, into the great heart of North America, the richest agricultural land ever discovered. And, he concluded with awe-inspiring prescience, whoever ruled the Great Lakes and Mississippi watershed would rule the world in the 20th century.

Today, American elites continue to subscribe to the post-1754 grand strategy of invade the world/invite the world.

Of course, the U.S. hasn’t added any terribly desirable new territory for Americans to settle since Hawaii in the 1890s, so the benefits to average Americans of continuing to invade the world seem nugatory. On the other hand, Washington, D.C., has become more or less the world capital, with obvious career benefits for Washington elites. So anybody, such as Tulsi Gabbard, who objects to either aspect of the invade/invite consensus is a pariah.

One of the less understood problems facing America is why the native white population has become the despised target of ethnic activists from all the immigrant groups. Why the assumption in the U.S. that all “people of color” should be united against whites when African-Americans and newcomers obviously have numerous different interests?

Indeed, in the past, immigrants tended to get on each other’s nerves, and thus wound up in different parties. For example, Italians in the New York area tired of Irish leaders bossing them around in the Catholic Church and the Democratic Party, so many chose the Republican Party.

But the current political homogeneity of the latest nonwhite immigrants traces back to the Nixon administration’s disastrous decision to extend affirmative action beyond blacks and American Indians to even the most privileged immigrants, such as Nixon’s Cuban pal Bebe Rebozo. This absurd policy of awarding racial preferences over whites to immigrants as soon as they step off the jetliner provides a financial incentive that unites immigrant politicians with blacks to continue to exploit whites.

The obvious proof of this is how South Asians got themselves removed from the government’s Caucasian category forty years ago so they could qualify for minority business development preferences, and how West Asians talked the Obama administration into removing them from the white category in early 2019. (Fortunately, Obama dawdled long enough on this that Trump could put it on hold.)

If America didn’t legally privilege nonwhites, there wouldn’t be so much incentive for racial activists to demonize whites to guilt-trip them into continuing to submit to legal discrimination.

In turn, if black politicians didn’t see immigration as a way to import Democratic voters to protect their affirmative-action privileges, they wouldn’t see much point in demanding more immigrants.

What America needs now to heal from its current pathological politics is the abolition of affirmative action for anybody other than blacks and Native Americans, and a moratorium on net immigration so no party can rig elections through importing ringers.

Eliminate these incentives for promoting the antiwhite racial hatred of the kind that got all those cops in Dallas and Baton Rouge murdered and we’ll have healthier politics.