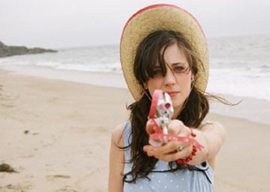 My friends became humanitarians this week. They shared a 30-minute video with me on Facebook and Tweeted about a Ugandan war criminal after seeing Zooey Deschanel do the same thing, so I guess that makes it legitimate.

These are the same kind of people who put an end to child abuse after they changed their profile pictures to cartoon characters in 2010. I”m really proud of everyone.

This is Generation TMI. We give away too much information in conversations, and we take in too much from what we see and hear each day. It’s a little difficult to filter every piece of news that slithers into my brain, which is why I”ll be a lifelong cynic. It’s not because I want to spend the rest of my days at bars quoting Bukowski’s prose; it’s because I want to live my life as one of the few people to whom others look for truth.

Invisible Children, Inc. is a nonprofit organization perhaps best known for its documentary about the forced enlistment of child soldiers by the Lord’s Resistance Army (LRA) in Uganda. Some jackass named Joseph Kony is in charge of the guerrilla group, and the hatred that’s currently a-brewin” for these vicious clowns is well-deserved. If it’s true they massacre villages and sell girls into sexual slavery, I would love nothing more than to watch these people run through the streets on fire.

“These are the same kind of people who put an end to child abuse after they changed their profile pictures to cartoon characters in 2010.”

Then again, maybe I”ve watched too many Saw movies”you know, “Those that don”t appreciate life do not deserve life””or maybe I dream a little too often of Dexter Morgan living next door.

Either way, I”m able to lower my testosterone levels long enough to remember that the main goal should not be a reenactment of Eli Roth’s nightmares featuring Kony as the helpless victim. The main goal is to help these children escape a monster that has for too long ruined lives.

How do we go about helping these people achieve peace and freedom? Or what should we not do?

Invisible Children bragged about its continued efforts in lobbying the US government to interfere with Kony’s actions, which eventually resulted in Obama sending 100 troops into Uganda to train the country’s army.

But the sudden mass outbreak of anti-Kony fever recalls Bush-era rhetoric. (“Either you are with the Ugandan military or you”re with the LRA!”) There is a cultish feel to this train of thought. But I”m not “with” either organization. Choosing one evil over the other does not make you sophisticated, nor does it make you any more virtuous than undecided onlookers.

Michael Deibert wrote a fantastic piece for the Huffington Post where he explains the origins of the Ugandan government’s power:

Kony is a grotesque war criminal, to be sure, but the Ugandan government currently in power also came to power through the use of kadogo  (child soldiers) and fought alongside militias employing child soldiers in the Democratic Republic of Congo, something that Invisible Children seems willfully ignorant of.