Is Chris Wallace a White Supremacist? 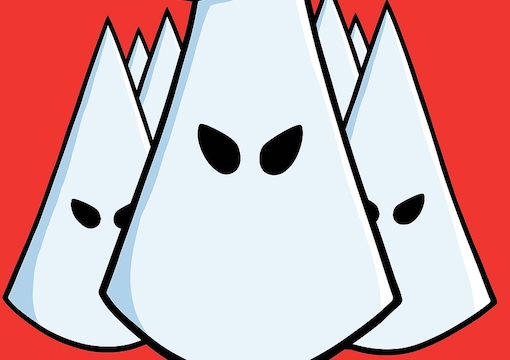 After four months of looting, arson, window breaking, vandalism, intimidation, physical assaults, stabbings and shootings by Black Lives Matter and antifa, the first thing on the media’s mind is … getting Trump to condemn “white supremacists”!

It would be as if, on the morning after Pearl Harbor, the League of Nations demanded that FDR condemn American aggression in the Pacific.

Why on earth was Trump being badgered by both debate moderator Chris Wallace and Democratic nominee Joe Biden to denounce “white supremacy”? And why wasn’t Biden ever asked to condemn the nonstop violence by antifa that actually has been consuming the country for more than 100 nights now?

Wallace to Trump: “Are you willing tonight to condemn white supremacists and militia groups?”

Trump (perfectly accurately): “Sure. I’m willing to do that. But I would say almost everything I’m seeing is coming from the left wing, not the right wing.”

The media’s position on the murderous BLM and antifa riots has gone from What riots? They’re peaceful protests! to The rioters are white supremacist Trump supporters!

Who thinks white supremacists are a major force in America? There haven’t been any two people in 50 years who’ve gotten together and said, “Aren’t whites way better? Shouldn’t we rule over other people?”

You know what’s an organized movement? Antifa — Rose City Antifa, Antifa Seven Hills, Antifa Sacramento, Atlanta “Antifascists” and so on. They’re organized well enough that hundreds, sometimes thousands, of antifa members always know exactly when and where to show up, and what weapons to bring. Then they turn around and celebrate the destruction they’ve wrought (unpunished by Democratic mayors and liberal district attorneys).

But in Chris Wallace’s demon-haunted imagination, out beyond the coastal cities, there’s a scary world of pickup trucks being driven by men with long-barreled guns trying to re-enact “Roots.” (And they shop at Walmart!)

“”White supremacy” is a bogus concept invented on college campuses.”

REMINDER: After two nights of looting and arson by “peaceful protesters” in Kenosha in response to the police shooting of a knife-wielding black man resisting arrest, a group of men calling themselves “Armed Citizens to Protect Our Lives and Property” did just that. One of the men, Kyle Rittenhouse, shot three antifa as they were attacking him, killing two, in a clear case of self-defense.

That’s Wallace’s big example of right-wing violence: an armed citizen defending himself. The left wants antifa to rule our cities, with no pushback from uppity Americans.

Trump’s more addled debate partner, Joe Biden, threw in the Proud Boys — without correction by Wallace, whose entire career at Fox has been an audition tape for NBC.

Burning down police precincts, knocking statues off their pedestals, smashing windows, looting and vandalizing stores, stopping cars and demanding the drivers pledge allegiance to BLM, banging drums outside of politicians houses late into the night — was it the Proud Boys doing any of that?

Why are we talking about the Proud Boys at all? How about asking the Sierra Club to renounce violence?

Forget about the last 100 days of mind-boggling left-wing violence, let’s open it up to all of history! What is the Proud Boys’ big crime? Is there a single instance of the Proud Boy staging an unprovoked attack on anyone — ever?

The absolute worst thing you could say about the Proud Boys is: Too macho! They fight back. Fine, join the Democratic Party if testosterone isn’t your thing.

The nation’s leading anti-American and anti-Christian hate group, the Southern Poverty Law Center, calls them “white supremacists,” meaning, “anyone we don’t like and can’t refute.” You know who else this hate outfit hates? Dennis Prager. The Alliance for Catholic Tradition. Christian Ministries. The National Prayer Network.

The claim is especially delusional in the case of the Proud Boys, who have black members, Asian members and Latino members. The Los Angeles branch of the Proud Boys is about half Mexican. One of the founders is married to a black woman, with whom he has a biracial child.

The entire point of the Proud Boys is for men to be masculine and defend the innocent, something like the Guardian Angels. It has nothing whatsoever to do with “white supremacy.” But, again, liberals call anyone they don’t like and can’t refute “white supremacists.”

You know why the media and Democrats hate the Proud Boys? Because they are America’s last line of defense against the left’s fascistic antifa storm troopers. Often, they are the only ones protecting us when the police are outnumbered or have been ordered to stand down by Democratic mayors and police chiefs.

I believe that’s what Trump was trying to convey with his typically garbled: “Proud Boys, stand back and stand by, but I’ll tell you what … somebody’s got to do something about antifa and the left because this is not a right-wing problem.” (If I’m wrong, then two men with Secret Service protection are throwing the rest of us to the wolves and I’m sitting this election out.)

The Proud Boys should sue Biden and Wallace for defamation.

The universities and media have successfully turned “white supremacist” into the worst thing any human can be — worse than “murderer,” “drug dealer” or “child molester.” To falsely accuse an organization of being “white supremacist” ought to be considered defamation per se. If you want to destroy something, is there a better way to do it than labeling it “white supremacist”?

In Portland, there have been mind-bogglingly destructive antifa riots every night for more than 100 days now. Last weekend, the Proud Boys staged a rally in Portland — and the lunatic governor of Oregon finally declared a “state of emergency.” (It was a lovely gathering with no arson or looting.)

This is the position of the media and the Democratic Party: Antifa must be allowed to run riot without interference from anyone. We’ve liberated antifa from district attorneys and mayors and now we’ll liberate them from individual Americans. Therefore, anyone who defends the innocent from psychotic left-wing violence will be cursed as a “white supremacist.”