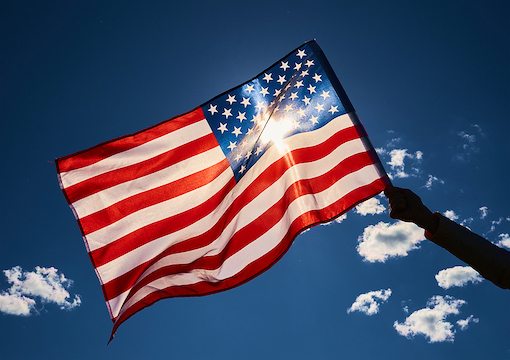 “In the battle between democracy and autocracy, democracies are rising to the moment, and the world is clearly choosing the side of peace and security,” said President Joe Biden in his State of the Union address.

“This is a real test. It’s going to take time.”

Thus did Biden frame the struggle of our time as the U.S. leading the world’s democracies, the camp of the saints, against the world’s autocrats, the forces of darkness.

Not all autocrats, after all, are our enemies, nor are all democrats our reliable friends.

“Not all autocrats, after all, are our enemies, nor are all democrats our reliable friends.”

When Ukraine was invaded, the U.N. General Assembly voted on a resolution which “deplores in the strongest terms” Russia’s “aggression” against Ukraine.

Among the 35 nations that abstained was India, the world’s largest democracy. Whose side is India on in the great struggle?

As for America’s own wars, democracy-versus-autocracy would seem to be a misguided way to describe any of them.

In the Revolution, we were military allies from 1778 on with King Louis XVI of France, against Great Britain, the Mother of Parliaments. Our goal was not establishing a democracy, but our independence, separation, from the most democratic nation on earth.

When we declared war on the kaiser’s Germany in April 1917, we allied ourselves with four of the greatest colonial empires on earth: the British, French, Russian and Japanese empires.

When that Great War began, Germany’s Second Reich was a good deal more democratic than the czarist regime of Russia’s Nicholas II.

In World War II, we allied with the world’s largest colonial empire, Great Britain, and the USSR of Joseph Stalin. Democracy was not the cause for which we went to war, but payback to Japan for the sneak attack on Pearl Harbor. Our most important ally in that Asian war was the Nationalist China of Generalissimo Chiang Kai-shek, no democrat.

History, religion, race, culture, tribe and territory more often define the 100-plus nations of Africa, the Middle East and Asia than whether they are democracies or autocracies.

During the Cold War, we collaborated openly with dictators — Rafael Trujillo in the Dominican Republic, Anastasio Somoza in Nicaragua, Chiang Kai-shek in China, Syngman Rhee in South Korea, Augusto Pinochet in Chile, Ferdinand Marcos in the Philippines, the shah of Iran, Ngo Dinh Diem, and a succession of generals after his assassination, in South Vietnam.

If they stood with us against the Communists in the Cold War, we stood by them. “He may be a SOB, but he’s our SOB,” FDR said of Somoza.

Communism was our ideological enemy, not autocracy.

If you were an enemy of communism in the Cold War, autocrat or not, you were likely to be treated as a friend by the USA.

If we make global “democracy” the measure of success in the great struggle of our time, our victory or defeat in that cause depends on political decisions and internal choices of scores of nations not our own.

But when did the internal politics of other lands become either the business of the United States or the yardstick of our success as a nation?

To make global democracy our goal in this century’s great “battle” is to allow America’s success or failure as a nation to be judged and measured by what other nations, not our own, succeed or fail in doing.

America’s founding mission was not democracy, nor any other ideology. It was what we declared it to be in the document our fathers agreed to at the Constitutional Convention of 1787:

“We the People of the United States, in Order to form a more perfect Union, establish Justice, insure domestic Tranquility, provide for the common defense, promote the general Welfare, and secure the Blessings of Liberty to ourselves and our Posterity, do ordain and establish this Constitution for the United States of America.”

“Democracy” is not even mentioned in the Constitution or in the Bill of Rights.

If whether other nations are democratic or autocratic is the measure by which we judge America’s success, this must lead invariably to U.S. interference in the internal affairs of those nations not our own — to ensure success in the great struggle.

To pursue global “democracy” is thus a formula for endless interventions in the internal affairs of other nations, endless conflicts and eventual war. The antidote is John Quincy Adams’ formulation:

“(America) goes not abroad in search of monsters to destroy; she is the well-wisher to the freedom and independence of all; she is the champion and vindicator only of her own.”