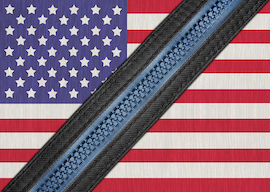 Saturday, in Pittsburgh, a Sabbath celebration at the Tree of Life synagogue became the site of the largest mass murder of Jews in U.S. history. Eleven worshippers were killed by a racist gunman.

Friday, we learned the identity of the crazed criminal who mailed pipe bombs to a dozen leaders of the Democratic Party, including Barack Obama, Hillary Clinton and Joe Biden.

From restaurants to Capitol corridors, this campaign season we have seen ugly face-offs between leftist radicals and Republican senators.

Are we more divided than we have ever been? Are our politics more poisoned? Are we living in what Charles Dickens called “the worst of times” in America? Is today worse than 1968?

Certainly, the hatred and hostility, the bile and bitterness of our discourse, seem greater now than 50 years ago. But are the times really worse?

1968 began with one of the greatest humiliations in the history of the American Navy. The U.S. spy ship Pueblo was hijacked in international waters and its crew interned by North Korea.

A week later came the Tet Offensive, where every provincial capital in South Vietnam was attacked. A thousand U.S. troops died in February, 10,000 more through 1968.

With LBJ wounded, Robert Kennedy leapt into the race, accusing the president who had enacted civil rights of “dividing the country” and removing himself from “the enduring and generous impulses that are the soul of this nation.” Lyndon Johnson, said Kennedy, is “calling upon the darker impulses of the American spirit.”

Today, RFK is remembered as a “uniter.”

“Are we living in what Charles Dickens called “the worst of times” in America?”

With Gov. George Wallace tearing at Johnson from the right and Kennedy and McCarthy attacking from the left — and Nixon having cleared the Republican field with a landslide in New Hampshire — LBJ announced on March 31 he would not run again.

Four days later, Martin Luther King, leading a strike of garbage workers, was assassinated in Memphis. One hundred U.S. cities exploded in looting, arson and riots. The National Guard was called up everywhere and federal troops rushed to protect Washington, D.C., long corridors of which were gutted, not to be rebuilt for a generation.

Before April’s end, Columbia University had exploded in the worst student uprising of the decade. It was put down only after the NYPD was unleashed on the campus.

Nixon called the Columbia takeover by black and white radicals “the first major skirmish in a revolutionary struggle to seize the universities of this country and transform them into sanctuaries for radicals and vehicles for revolutionary political and social goals.” Which many have since become.

In June, Kennedy, after defeating McCarthy in the crucial primary of California, was mortally wounded in the kitchen of the hotel where he had declared victory. He was buried in Arlington beside JFK.

Nixon, who had swept every primary, was nominated on the first ballot in Miami Beach, and the Democratic Convention was set for late August.

Between the conventions, Soviet Premier Leonid Brezhnev sent his Warsaw Pact armies and hundreds of tanks into Czechoslovakia to crush the peaceful uprising known as “Prague Spring.”

With this bloodiest of military crackdowns since the Hungarian Revolution of 1956, Moscow sent a message to the West: There will be no going back in Europe. Once a Communist state, always a Communist state!

At the Democratic convention in Chicago, the thousands of radicals who had come to raise hell congregated nightly in Grant Park, across from the Hilton where the candidates and this writer were staying.

Baited day and night, the Chicago cops defending the hotel, by late in the week, had had enough. Early one evening, platoons of fresh police arrived and charged into the park clubbing and arresting scores of radicals as the TV cameras rolled. It would be called a “police riot.”

When Sen. Abe Ribicoff took the podium that night, he directed his glare at Mayor Richard J. Daley, accusing him of using “Gestapo tactics in the streets of Chicago.” Daley’s reply from the floor was unprintable.

Through September, Democratic candidate Hubert Humphrey could not speak at a rally without being cursed and shouted down.

Describing the radicals disrupting his every event, Humphrey said, these people “aren’t just hecklers,” but “highly disciplined, well-organized agitators. … Some are anarchists and some of these groups are dedicated to destroying the Democratic Party and destroying the country.”

After his slim victory, Nixon declared that his government would take as its theme the words on a girl’s placard that he had seen in the Ohio town of Deshler: “Bring us together.”

Nixon tried in his first months, but it was not to be.

According to Bryan Burrough, author of “Days of Rage, America’s Radical Underground, the FBI, and the Forgotten Age of Revolutionary Violence,” “During an eighteen month period in 1971 and 1972, the FBI reported more than 2,500 bombings on U.S. soil, nearly 5 a day.”