Is Trump At Last Ending Our ‘Endless Wars’? 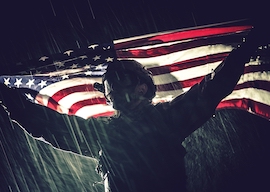 The backstage struggle between the Bush interventionists and the America-firsters who first backed Donald Trump for president just exploded into open warfare, which could sunder the Republican Party.

At issue is Trump’s decision to let the Turkish army enter Northern Syria, to create a corridor between Syrian Kurds and the Turkish Kurds of the PKK, which the U.S. and Turkey regard as a terrorist organization.

“A disaster in the making,” says Lindsey Graham. “To abandon the Kurds” would be a “stain on America’s honor.”

“If reports about US retreat in Syria are accurate,” tweeted Marco Rubio, Trump will have “made a grave mistake.”

“The Kurds were instrumental in our successful fight against ISIS in Syria. Leaving them to die is a big mistake,” said ex-U.N. ambassador Nikki Haley, “we must always have the backs of our allies. ” But of our NATO ally of almost 70 years, Haley said, “Turkey is not our friend.”

“The President’s decision to abandon our Kurd allies in the face of an assault by Turkey is a betrayal. It says that America is an unreliable ally; it facilitates ISIS resurgence; and it presages another humanitarian disaster.”

Trump tweeted this defense of his order to U.S. forces not to resist Turkish intervention and the creation of a Turkish corridor in Syria from the eastern bank of the Euphrates to Iraq:

“The Kurds fought with us, but were paid massive amounts of money and equipment to do so. They have been fighting Turkey for decades. … I held off this fight for … almost 3 years, but it is time for us to get out of these ridiculous Endless Wars, many of them tribal, and bring our soldiers home.”

“Assad, the Russians, Iranians and Hezbollah have won the war against the Sunni rebels we and our Arab friends armed and equipped.”

Behind this decision is Trump’s exasperation at our NATO allies’ refusal to take back for trial their own citizens whom we and the Kurds captured fighting for ISIS.

The U.S. has “pressed France, Germany, and other European nations, from which many captured ISIS fighters came, to take them back, but they … refused,” said a Sunday White House statement. “The United States will not hold them for what could be many years and great cost. … Turkey will now be responsible for all ISIS fighters in the area captured over the past two years.”

What are the arguments interventionists are using to insist that U.S. forces remain in Syria indefinitely?

If we pull out, says Graham, the Kurds will be forced, for survival, to ally themselves with Bashar Assad.

True, but the Kurds now occupy a fourth of Syria, and this is not sustainable. We have to consider reality. Assad, the Russians, Iranians and Hezbollah have won the war against the Sunni rebels we and our Arab friends armed and equipped.

We are told that the Kurds will be massacred by Turkey’s President Recep Erdogan, who sees them as terrorist allies of the PKK.

But the Turks occupied the Syrian border west of the Euphrates and the Kurds withdrew without massacres. And how long must we stay in Syria to defend the Kurds against the Turks? Forever?

If we depart, ISIS will come back, says Cheney: “Terrorists thousands of miles away can and will use their safe-havens to launch attacks against America.”

But al-Qaida and ISIS are in many more places today than they were when we intervened in the Middle East. Must we fight forever over there — to be secure over here? Why cannot Syria, Iraq, Iran, Turkey, Saudi Arabia and the Gulf States deal with ISIS and al-Qaida in their own backyard?

Why are ISIS and al-Qaida over there our problem over here?

“This will throw the region into further chaos,” says Graham.

But if Trump’s decision risks throwing the region into “further chaos,” what, if not wholesale U.S. intervention, created the “present chaos”?

Consider. Today, the Taliban conduct more attacks and control much more territory than they did in all the years since we first intervened in 2001.

Sixteen years after we marched to Baghdad, protests against the Iraqi regime took hundreds of lives last week, and a spreading revolt threatens the regime.

Saudi Arabia is tied down and arguably losing the war it launched against the Houthi rebels in 2015. Iran or its surrogates, with a handful of cruise missiles and drones, just shut down half of the Saudi oil production.

Crown Prince Mohammed bin Salman is awakening to his nation’s vulnerability and may be looking to negotiate with Tehran.

Among those objecting most loudly to an American withdrawal from the forever wars of the Middle East are those who were the most enthusiastic about plunging us in.