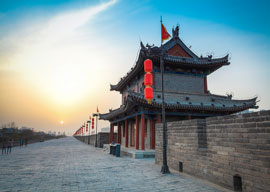 So where are we with this democracy business? Last time I brought it up I left you with Robert A. Heinlein’s time traveler:

“How were things when you left? Especially, how is the United States getting along with its Noble Experiment….They still have elections and all that?”

It’s not clear that American democracy, as it has developed to the present, really is so wonderful. One of our big political parties somehow manages to market itself as the party of the Little Guy while owning the allegiance of all the Big Guys in town. (The biggest of them all is second-largest shareholder in the party’s main propaganda organ.) The other party is heavily favored by non-Hispanic white voters yet is in financial thrall to donors and interest groups determined to drown that voter segment in a sea of cheaper immigrants.

“It’s not clear that American democracy, as it has developed to the present, really is so wonderful.”

When asked, voters show strong preferences for policies that neither major party will touch with a ten-foot pole. Both parties are united in support of policies with no detectable constituencies. States and municipalities, blessed with all the democracy you could wish for, sink into insolvency and decay.

Public approval of Congress has been on a declining trend for a decade; the current “approve” percentage is 15. The president is at 48 percent. The Supreme Court”may as well touch all bases”is at 43 percent, an all-time low according to Gallup.

Across the Pacific, meanwhile, the world’s largest non-democracy now has an interstate highway system, a corps of astronauts, and a second aircraft carrier. Even on the gloomiest interpretation (for which you can depend on Gordon Chang), their GDP is growing three times faster than ours.

So is democracy’s sun setting? Is there some better way to manage a post-industrial society”a society of Twitterers, online consumers, and robotized service functions, of MOOC diplomas, consumer genomics, and (well, soon) self-driving cars, of sub-replacement fertility rates and swelling numbers of centenarians?

These glum thoughts were inspired by the January/February issue of Foreign Affairs, which ran two articles with opposing views on democracy in China.

The first, by venture capitalist Eric X. Li, argued that the Chinese Communist Party has found a successful model for governing China. Li is careful not to claim any sort of universality for the ChiCom model:

It cannot be exported. But its success does show that many systems of political governance can work when they are congruent with a country’s culture and history.

Foreign Affairs is in most public libraries; or you can watch Li deliver his ideas in a video lecture here. He’s a vivacious speaker and a good writer.

He starts off the video presentation by speaking of his childhood indoctrination in pure Marxism”all of humanity marching forward on a preordained course through different “modes of production” until reaching the end of history in communism. The Chinese, says Li, bought the whole Marxist package.