Is Iran Taking the China Road? 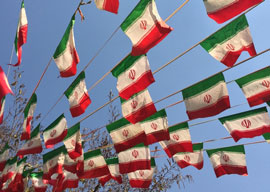 Is the Ayatollah Ali Khamenei, the Supreme leader of the Islamic Republic, a RINO—a revolutionary in name only?

So they must be muttering around the barracks of the Iranian Republican Guard Corps today.

For while American hawks are saying we gave away the store to Tehran, consider what ayatollah agreed to.

Last week, he gave his blessing to the return of 10 U.S. sailors who intruded into Iranian waters within hours of capture. He turned loose four Americans convicted of spying. And he gave final approval to a nuclear deal that is a national humiliation.

Ordered by the U.S. and Security Council to prove Iran was not lying when it said it had no nuclear weapons program—an assertion supported by 16 U.S. intelligence agencies “with high confidence” in 2007—the ayatollah had to submit to the following demands:

Decommission 12,000 Iranian centrifuges, including all the advanced ones at Fordow, ship out of the country 98 percent of its enriched uranium, remove the core of its heavy-water reactor in Arak and fill it with concrete, and allow U.N. inspectors to crawl all over Iran’s nuclear facilities for years to come.

Iran is being treated by the great powers like an ex-con on parole who must be monitored and fitted with an ankle bracelet.

“Iran is being treated by the great powers like an ex-con on parole who must be monitored and fitted with an ankle bracelet.”

Why did the ayatollah capitulate to these demands?

Comes the reply: To get $100 billion. But the money Iran is getting back belongs to Iran. It is not foreign aid. The funds had been frozen until Iran accepted our conditions. The sanctions worked.

There is another reason Tehran may have submitted.

When Iran said it did not have a nuclear bomb program, it was telling the truth. Indeed, it is Iran’s accusers, many from the same crowd that misled and lied to us when they said Iraq had weapons of mass destruction, whose credibility is in question today.

Iran’s accusers should produce their evidence, if any, that Iran had, or still has, a nuclear bomb program.

Otherwise, they should shut up with the lying and goading the U.S. into another war that will leave us with another trillion-dollar debt, ashes in our mouths, and thousands more dead and wounded warriors.

Yet, if Iran does not have a nuclear bomb program, we must ask: Why not? And the answer suggests itself: Because Iran concluded, years ago, that an atom bomb would make it less not more secure.

For, as soon as Iran tested a bomb, a nuclear arms race would be on in the Mideast with Saudis, Turks and Egyptians all in competition.

The Israelis would put their nuclear arsenal on a hair trigger. And most dangerous for Iran, she would find herself confronting the USA.

Yet, no matter how much the mullahs may hate us, they are not stupid, and they know a war with America would leave their country, as it left Iraq, Afghanistan and Libya, smashed and broken.

Iraq is today splintered into Sunni, Shiite, Kurd and Arab. And Iran, after a war with the USA, could decompose into a tribalized land of warring Persians, Arabs, Baluch, Kurds and Azeris.

Yet, if a war with America would be a disaster for Iran, detente with America might bring a time of peace that could enable this largest nation on the Persian Gulf, with 80 million people, and an ally now of its old rival Iraq, to achieve hegemony in the Gulf.

Which brings us back to the ayatollah.

From his actions, he appears to have blessed Iran’s taking the same road on which Deng Xiaoping set out some four decades ago.

After Mao’s death, Deng found China with a backward economy in a booming world led by Reagan’s America and a Japan on the march.