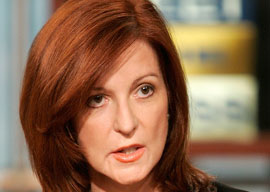 “Without men, civilization would last until the oil needed changing.”
“Federicius Aurelius Superomnem, 345 BC

Oh god, oh god. Death, taxes, migraine, sinus drainage, beriberi, and Maureen Dowd, the resentment columnist at The New York Times. On the Web I find her at some feminist bitch-in called “Are Men Obsolete?“ She has this to say to men:

So now that women don”t need men to reproduce and refinance, the question is, will we keep you around? And the answer is, “You know we need you in the way we need ice cream “ you”ll be more ornamental.”

I was delighted to think that I might be ornamental, no one having suggested the concept until now. I could have used it in high school. Maureen herself is beyond being ornamental, having that injection-molded look that follows the seventh face-lift, probably accomplished by the surgical use of a construction crane.

But I will say this to her:

In short, as you run from convention to convention, peeing on hydrants, you depend utterly on men to keep you fed (via tractors designed by men, guided by a GPS invented, designed, and launched by men, on farms run by men), and comfy (air conditioning invented…but need I repeat myself?).

I do not want to be unjust. It is not in my nature. While men may be obsolete”unless you want to eat”I cannot say, Apple Cheeks, that feminists are obsolete. They are not. Obsoleteness implies having passed through a period of usefulness.

I do get tired of your hissing and fizzing about the noble sex to which I belong. Mercy, I cry. It is not my fault that Michael Douglas didn”t marry you. He didn”t marry me either, but I don”t hate men because of it. (In fact I am grateful to him, and doubtless he is to me.)

Don”t misunderstand me. I have nothing against ill-bred viragos”feminism has its place, though I”m not sure where. But let me be clear, Butter Cup. I don”t want to seem rude”nothing could be more alien to my character”but I do think that you and your littermates might assay a civility exceeding that of menopausing catamounts. In fact, Sweet Potato, if it were not for my innate courtesy I might say that being at once useless and insupportable is stretching things.

A jot”an iota, a tittle, a scintilla”of gratitude might be in order. Should you look around you, you will note that everything that keeps you and the sisterhood from squatting in caves and picking lice from each other’s hair was provided for you by”the horror”men.

Is it not so, Rose Bud? Can you name one thing with a moving part that was invented by a feminist?