Is Our Guardian Angel Big Brother? 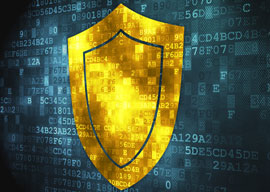 “Gentlemen do not read each other’s mail,” said Secretary of State Henry Stimson of his 1929 decision to shut down “The Black Chamber” that decoded the secret messages of foreign powers.

“This means war!” said FDR, after reading the intercepted instructions from Tokyo to its diplomats the night of Dec. 6, 1941.

Times change, and they change us.

The CIA was created in 1947; the National Security Agency in 1952, with its headquarters at Ft. Meade in Maryland. This writer’s late brother was stationed at Meade doing “photo interpretation’’ in the years the CIA’s Gary Powers, flying U-2s at 70,000 feet above Mother Russia, was providing the agency with some interesting photographs.

“Nevertheless, for a people whose proud boast is that our nation was conceived in freedom, this brave new world is sobering.”

This last week, through security leaks, we learned that the NSA has access to the phone records of Verizon, Sprint and AT&T. Of every call made to, from or in the U.S., NSA can determine what phone the call came from, which phone it went to, and how long the conversation lasted.

While NSA cannot recapture the contents of calls, it can use this information to select phones to tap for future recording and listening.

Through its PRISM program, the NSA can acquire access, via servers such as Apple, Google, Yahoo, Facebook, Microsoft and AOL, to all emails sent, received and presumably deleted or spammed. And if the NSA can persuade a secret court that it has to know the contents of past, present or future emails, it can be accorded that right.

Our ability to intercept and read communications of foreigners and foreign governments seems almost limitless. In the Nixon years, Jack Anderson reported that we were intercepting the conversations of Kremlin leaders in their limos, and listening in on Mao Zedong and Leonid Brezhnev. Our capacity today is surely orders of magnitude greater.

Last week, we also learned that Barack Obama, by Presidential Policy Directive 20, has tasked our government to prepare for both defensive and offensive cyberwarfare to enable us to attack whatever depends on the Internet anywhere in the world.

Lately, the U.S. and Israel planted a Stuxnet worm that crippled scores of centrifuges and disabled Iran’s nuclear enrichment plant at Natanz. If we can do this in Iran, can we not do the same to nuclear plants all over the world, creating two, three, a hundred Chernobyls and Fukushimas?

Is it too much to imagine that, one day, if not already, the United States will be able to cyber-sabotage the power plants, electrical grids and communications systems of any country on earth?

With its ability to locate and listen in to terrorists, to track by satellite and kill by drone, America has acquired an extraordinary ability to protect its people and prevent and punish terrorist attacks.