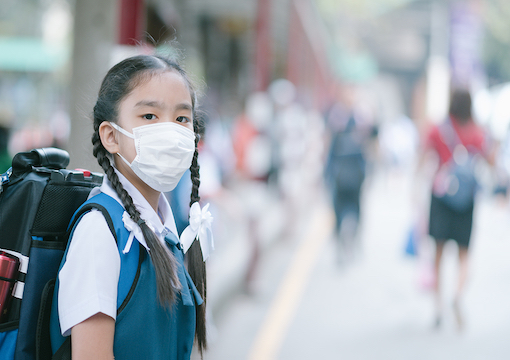 No use datelining anymore, I’m here for the duration. Even the ski lifts have been ordered closed, chiuso, geschlossen, fermé. The only way to ski now is in the old-fashioned manner, à la Hemingway: Climb up with skins, peel them off, and enjoy the one and only run of the day. Not only is the climbing beneficial to one’s health, it’s also the only thing free in good old Helvetia. Mind you, if too many people do it, the Swiss will start charging, but for the moment no one’s doing it as the snow has gone the way of women and children first on a sinking Saudi ship.

This is also enforced family time. The mother of my children and my son are feeling a tiny bit paranoid, and seeing virus spreaders everywhere. I was given hell for going to the next-door village, Saanen, and getting a military haircut, then stopping at the kiosk among fifty Chinese Rosey schoolgirls and buying a newspaper. “They’re locked up in school, they haven’t been to China,” I said. “Their parents visit all the time,” came the rebuke. Funny that, but twenty years ago, when the Saudis gave us one of those diseases, the school was flush with towels with very bad manners. The Chinese are cold fish but don’t bother people, they just ignore everyone. Which makes it very easy to take enforced family life. I actually like talking to the mother of my children and my son—live long enough, as they say, and you learn things.

Such as what my friend Bob Geldof said last week about the internet. It has turned the world into an individualistic one, with solipsism having replaced dialogue and thought, not to mention altruism. Sir Bob is a very good guy, although his politics are not exactly mine. I haven’t spoken to him lately, and I wonder what he thinks of the Weinstein sentence of 23 years. The judge, an obviously ambitious man looking out for his future, should have given Harvey death; it would have been a cinematic climax worthy of a Hollywood weepie. And it would not have made any difference. Twenty-three years in the slammer for an overweight 68-year-old man with a lousy ticker is a death sentence, so why not go Hollywood and grab an even bigger headline? I wrote in The Spectator USA weeks ago that they would throw the book at him because politics come before justice in the land of the depraved.

“Divorce rates are bound to explode once this is over as couples get ill at the constant sight of each other.”

Never mind. Now everyone thinks they’re under a death sentence from the virus, and it’s doing wonders for family reunions and household solidarity. Divorce rates are bound to explode once this is over as couples get ill at the constant sight of each other. When the Greek colonels pulled their coup on April 21, 1967, they discovered Greece’s richest banker to have been financing the then-illegal commies. They ordered him to be held under house arrest—but in his house, the one he had long abandoned, along with his wife, while living with his mistress. People in the know, and they were many, believed it to be a cruel and unusual punishment. I thought the colonels showed a sense of humor.

The enforced isolation comes easy to me. Remember that 36 years ago I isolated myself in a 13-by-7-foot cell for four months while doing research for a prison book, Nothing to Declare, the third-best-selling book in the history of book publishing after the Bible and Mein Kampf. Mind you, boredom is to be feared more than the virus chez moi, because at 83 years of age there are no pleasant surprises to look forward to. I walk in the mountain roads for hours, exercise on my terrace while the cows look down at me unimpressed, hit the makiwara every other day—twenty-five punches each arm, ten kicks each leg—then eat with the family and jokingly propose going out to the now-shut-tight nightclubs and bars of the area.

Reading, needless to say, is the great lifesaver. I do not use social media, so books are my salvation. Television is unwatchable, full of sci-fi rubbish and superhero garbage. How people can enjoy watching such trash is beyond me. If I ruled Sky or the BBC I would order only golden oldies, black-and-white films where men wore double-breasted suits and hats and women slinky décolleté dresses. At least it would show our present brain-dead youth how sweet life was when people had manners.

One of the hardest things to accomplish is to create social trust among diverse people with different cultural backgrounds. I speak on the telephone with all parts of the world, and you’d be amazed at the theories some people are convinced of regarding this bloody pneumonia virus. It happens when diversity is enforced on nations by the so-called globalist elite, who never met an average person in their miserable lives. The peasants here in the Bernese Oberland think the foreigners are to blame. We the foreigners believe the sly Chinese are the guilty party. The E.U. bureaucrats have yet again been caught unaware of the danger and are scrambling and threatening to stop the Turks by using the Greek army. (How that will stop the virus is known only to Brussels.) In the meantime, the virus is spreading and the only ones who seem to have gotten it right are the Brits and Boris. Yippee!