Israel and Palestine: What Else Is New? 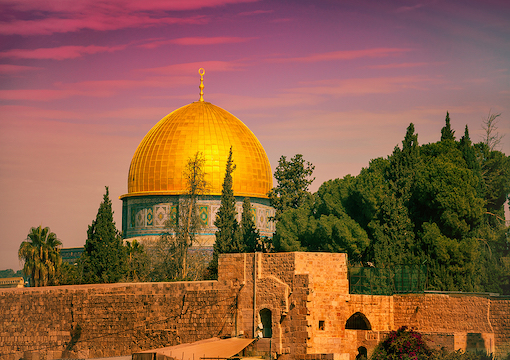 Back in 1967, during the Six-Day War, I was living in Paris, and such was my pro-Israel ardor, I actually went to some dump and put my name down as a volunteer in case the state of Israel ran out of soldiers. I was asked by the man in charge if I was Jewish, I answered in the negative, and he jumped up and shook my hand. As everyone knows, my services were not needed that June 54 years ago, and the war was over while I was still contemplating which Parisian girl I would invite to go with me while I gallantly defended Israel’s right to exist.

Two years later, as a freelance photographer for Newsweek and Paris Match, I was in Jordan covering the aftermath of that famous victory, and what I saw made me ashamed to have ever contemplated fighting for Israel. I had been shown around the refugee camps by Farris Glubb, son of Sir John Glubb, or Glubb Pasha, as the Arabs called him, the British general who created and headed the Arab Legion when it fought for Arab independence from the Turks during World War I. Farris clued me in on what had been happening since 1948, when Israel expelled 700,000 Palestinians and created its modern state. These 700,000 were living in outdoor camps and in dire conditions and had been there since 1948. After the 1967 war, hundreds of thousands were added, and the number has grown exponentially since.

I covered the Yom Kippur War of 1973 from the Israeli side, and witnessed the Syrian and Egyptian armies giving a good account of themselves during the first week of fighting. The Egyptians used wire-guided hand-carried missiles to attack Israeli armor in the Sinai, while Syrian tanks held the “invincible” Israeli armor to a standstill in the Golan. I spent my nights in Tel Aviv and drove to the front either in the desert or the Golan every morning. Peter Townsend, a famous Battle of Britain pilot and erstwhile lover of Princess Margaret, writing for Paris Match, was my constant companion. He had never seen a dead body before, having done his fighting up in the air. It was an education for him.

“The irony in my case is that I am a man of the right siding with a pro-leftist cause, that of the Palestinians.”

Needless to say, Israeli censors disallowed the slightest criticism, even the fact that Peter and I witnessed some totally unnecessary shooting of some Arabs in places far away from the front. The Israeli-Palestinian conflict has been in the news lately, and the only comment I have to make is, what else is new? More than seven decades ago, Palestinians were expelled to create a Jewish state. This is an indisputable fact. Now the Palestinians are being expelled to make Jerusalem a Jewish city. In between, hundreds of thousands of Palestinians remain in camps, having lost their homes to Israeli settlers. Creeping annexation in the West Bank by Israeli settlers is an undisputed fact.

The irony in my case is that I am a man of the right siding with a pro-leftist cause, that of the Palestinians. Israelis long ago foresaw the conundrum of being occupiers, and the inevitable criticism for it, and declared it anti-Semitism. Anti-Semitism is a very strong defense against Israel’s critics, a charge that extremely dumb anti-Israeli demonstrators in Europe confirm by calling Jewish women whores and Jewish men bloodsuckers.

While core support for Israel remains strong in the United States, especially in Congress where the Israeli lobby is extremely effective, Europe has always been more skeptical about Israel being a bulwark against Arab radicalism. Yet the historical displacement of Palestinians—including the current efforts to remove them from Arab Jerusalem, acts that violate international law—does not seem to bother Bibi and his merry gang. Israel, in fact, is the only country on earth that enjoys a free hand in assassinating its perceived enemies without a peep emanating from the West.

Yet try to condition our $4 billion per annum aid to Israel with a fairer deal for the Palestinians, and the cries of anti-Semitism will be heard all the way to Mecca. During the last clash between Israelis and Hamas in 2014, 551 Palestinian children were killed by Israeli bombings, and as of this writing only 61 children have died, as opposed to one Israeli child killed by the 3,500 rockets launched by Hamas.

Mind you, the Arab states have wearied of corrupt and intransigent Palestinian leaders. And truth be told, Israel is the only democracy—by far—in the Middle East. And Arab Israelis are full participants in Israeli society. There are Arab justices on the Supreme Court, and as somebody recently wrote, “They arguably are the most free Arabs in the Middle East.”

Yes, absolutely true, and yet, the West Bank is under occupation and has been since 1967. Israel proper used to be half Arab, and the descendants of those Arabs are still in camps. Gaza is one big concentration camp, with 2 million people deprived of power and water four days per week. When American media denounce terrorist attacks by Palestinians, I’d like to know what Americans would have done if they had been under a similar occupation since 1948 and 1967. The Howe brothers thought highly of George Washington but still regarded him a terrorist. My problem is that the people who condemn Israel and root for the Palestinians, like myself, stand for everything I loathe in this world. I suppose nothing to do with Israel is easy—even condemning its policies puts one in Satan’s camp.