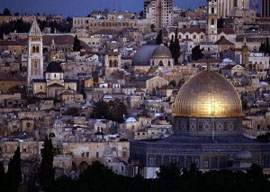 Captain Black from Catch-22 is back, but this time he’s Israel’s Foreign Affairs Minister. Although Avigdor Lieberman only rose to the rank of corporal in the Israeli Defense Forces, he can stand in for Captain Black any day. His campaign to force immigrants to Israel who happen not to be Jewish to pledge full support for “Jewish and democratic” Israel is right out of Captain Black’s “Great Loyalty Oath Crusade” in Joseph Heller’s peerless 1961 novel. The Moldovan-born immigrant Lieberman’s curriculum vitae, which includes a conviction for beating up a twelve-year-old child in 2001 and police allegations of money laundering, would impress the Mafia. It certainly impressed the Israeli cabinet, which yielded to his Captain Black-like ploy of equating opposition to his amendment with denying that Israel is Jewish and democratic. Recall Black’s smear of Major Major as a communist: “You never heard him denying it until we began accusing him, did you?” Well, didya, punk?

Corporal Lieberman forced the amendment through a cabinet desperate for votes from the extreme right, but will it pass in the Knesset? As part of a government bill, it should. So a problem that did not exist will be solved.

Here is the non-problem: According to some reports, many of the people who happen not to be Jewish become citizens of the Jewish State each year by lying and saying they are Jewish, which appears to be the case with many Russians. Also, a few non-Jewish immigrants are Palestinians from the occupied territories who somehow, despite the walls around Gaza and the West Bank, met and married Palestinians from Israel. No one has accused non-Jewish immigrants of attacking the state, fomenting violence, or being bad citizens. Yet they, unlike Jewish immigrants, must put hands on hearts and intone, “I swear that I will be a loyal citizen to the state of Israel, as a Jewish and democratic state, and will uphold its laws.”

Lieberman and his amendment’s supporters don”t like or trust Arabs. They have made clear in legislation and public statements that Arabs are not welcome in Israel and should cede their land in the occupied territories to Jewish settlements. Palestinians who cross the Green Line to live with spouses in Israel will have to swear that they have less right to land from which many of their families had been expelled in 1948 than Jewish citizens of the United States, Russia, and everywhere else. It is not enough that the Palestinians accept defeat; they must accept that the defeat is permanent and just. While a Chinese day laborer who marries an Israeli Jewish girl may not care about the oath, a Palestinian may find it problematic to deny his birthright and to accept he had a moral obligation to move out of European settlers” way.

“It is not enough that the Palestinians accept defeat; they must accept that the defeat is permanent and just.”

Many people who happen not to be Palestinians express misgivings about the oath. “The proposal is oxymoronic, not to mention duplicitous. Equality is fundamental to democracy, yet this declaration, purportedly intended to uphold that very value, tramples on it instead,” writes the vice-chairman of the World Zionist Organization, which is not quite known for its virulent anti-Semitism. In the hardly anti-Zionist Jerusalem Post, David Breakstone continues: “Only non-Jews would be required to pledge their allegiance to Israel as a Jewish state, thereby instantly turning it into a nondemocratic one. Doublespeak at its finest.” One of Israel’s finest journalists, Gideon Levy of Haaretz, envisions the loyalty oath’s passage as “the day Israel changes its character. As a result, it can also change its name to the Jewish Republic of Israel, like the Islamic Republic of Iran…From now on, we will be living in a new, officially approved, ethnocratic, theocratic, nationalistic and racist country.”