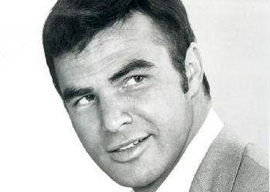 LITTLE ROCK, Ark.—If you party hard enough in Little Rock, you eventually end up at a converted warehouse deep down in the Arkansas River bottoms at the end of a gravel road where there’s a combination disco/rave club/beer garden/Latino dance party/drag show emporium where traditions of the out-of-control drunken South effervesce like the foam head on your 37th Old Milwaukee.

I’m not going down to the river on this trip, because that’s where Burt would have been if he were in Little Rock on his last night on Earth. Instead he died at the Jupiter Medical Center in Jupiter, Fla., just down the road from the redneck Riviera Beach neighborhood where he grew up. Burt was from the wrong side of the Palm Beach tracks, a Scots-Irish tough with just enough Cherokee blood to give a menacing half-breed cast to his virile, bulked-up good looks. People always talk about Lewis Medlock in Deliverance as his breakthrough role, but a decade before that he had been brilliant as a bastard Comanche with a chip on his shoulder on the long-running series Gunsmoke—and that might have been the more biographical role.

Burt didn’t become a star until he was 36 years old, and his dues-paying years were mostly spent playing rapists, killers, lowlifes, mean cops, and con men. He had gotten in on the tail end of the live-television era in New York on forgotten shows like Schlitz Playhouse and Zane Grey Theater, but even when he landed plum roles—Mister Roberts on Broadway opposite Charlton Heston, leads on the TV series Riverboat and Dan August—he tended to undermine his own success by badmouthing the writers, or trying to retrofit his own character at the expense of the overall story, or simply quitting the job. Then, when he finally did break into the Hollywood big time, it was all about the party. Burt was like an alcoholic who wins the lottery, determined to have a good time even if it kills him.

His acting career was actually a substitute for his first love—sports. He was an all-state fullback at Palm Beach High, the starting halfback for the Florida State Seminoles, and a bona fide pro prospect, but a knee injury and a bad car accident forced an early retirement from football and landed him in classes at Palm Beach Junior College, where he met the flamboyant English professor Watson B. Duncan III and got the acting bug. He met Joanne Woodward while doing summer stock in Hyde Park, N.Y., and she launched him into the world of New York theater by getting him into classes at Sanford Meisner’s Neighborhood Playhouse. He quit before finishing the full Method-acting curriculum but ended up in the road company of a failed Broadway play called Look, We’ve Come Through.

“Burt was like an alcoholic who wins the lottery, determined to have a good time even if it kills him.”

He quit Riverboat as well, after just twenty episodes, and he quit Gunsmoke after four seasons despite getting good reviews in the role. His whole life was a series of short-tenured enthusiasms: “It’s been fun, but the party is moving over there now.” It’s hard to say exactly what Burt was looking for, but in the late ’60s he seemed drawn to low-budget action programmers, the fun athletic stuff where you get to jump through windows, like Operation C.I.A., Shark!, Fade-In, Impasse, Sam Whiskey, 100 Rifles, and Skullduggery, all forgotten today.

That’s why it’s a minor miracle that he was in the right place at the right time when John Boorman optioned James Dickey’s Deliverance for the screen. The film was a perfect storm of literary material, a Southern setting, and a cast that personified the “New South” emerging in the ’70s in booming cities like Atlanta and Dallas. The Lewis Medlock role was the atavistic part of that equation, though, the Southern man who is not so urbanized that he’s forgotten how to kill and take his vengeance. It took everything Reynolds learned in a decade and a half of grunt work to convey the emotional fragility lying just beneath the surface of Medlock’s expert macho attitude. It was a world-class performance, and it should have turned Burt into one of the world’s leading English-language actors.

Instead it turned him into the biggest box office star in the world mining the lightest-weight material. Burt could have done anything after Deliverance. He was ahead of Jack Nicholson, Steve McQueen, Dustin Hoffman, Clint Eastwood. The only actor with the same rarefied choice of material was Robert Redford. But instead of following the advice of his agents and managers, Burt decided to keep it redneck. Sometimes that worked. The Longest Yard, a prison movie about a football game, was a minor hit, and Semi-Tough, an “inside pro football” movie, was praised for its daring. White Lightning, on the other hand, was just 90 minutes of horseplay, along with the follow-up, Gator, which marked Burt’s directorial debut—since he had the power to ask for that privilege. Then, after Smokey and the Bandit became one of the top-grossing movies of all time in 1977, Burt was convinced that his formula of fast cars, pretty girls, illegal alcohol, and country & western music was the way to go—and who could argue with him? The country had just elected a redneck president, Sam Peckinpah was making trucker movies, and Nashville was booming.

But there was a dark side to the Burt formula. James Hampton, part of the Burt Reynolds “posse” that appeared in all of his movies, got an offer to star in a historical comedy called Hawmps!, about U.S. Cavalry camel troops—and, because he missed a sidekick role in one of Burt’s movies, Burt never used him again. Talented crew members would sometimes have to give up their jobs on sequels, replaced by people loyal to Burt. In later years this would be called “hiring according to the culture of the company.” If you couldn’t party the Burt Way, he would find somebody else.

The cost of this system came to a head with Cannonball Run in 1982. A thinly disguised remake of a far superior film called The Gumball Rally, this fictionalized version of a cross-country road race featured all of Burt’s buddies, some of them in 30-second cameos, and returned a nice profit despite numerous critics noting that the end-title outtakes were funnier than the movie itself, a surefire indication that the actors were having more fun than the audience. A sequel failed to earn back its investment, and Burt’s partnership with director Hal Needham—a stuntman-turned-director who had made one of Burt’s favorite ’70s movies, Hooper—was essentially over after the two of them collaborated on Stroker Ace, the story of a NASCAR driver who has to dress up in a chicken suit to promote his sponsor. Burt had turned down an offer from James Brooks to star in Terms of Endearment so that he could make Stroker Ace. Jack Nicholson took the role instead—and won the Oscar.

At that point Burt’s A-list career was over. It had lasted ten years, and for five of those years he was the No. 1 box office star in the world—a streak that still stands. If you have trouble remembering the Burt Reynolds films of the ’80s—Heat, Malone, Rent-a-Cop, Switching Channels, Physical Evidence—it’s because they were neither well written nor well directed nor associated with the type of international talent that he had access to in the ’70s. He had a couple of minor comebacks in the ’90s, first as a small-time football coach on the sitcom Evening Shade, later as the porn director in Paul Thomas Anderson’s Boogie Nights. But by 1998 he was bankrupt, thanks to an extravagant lifestyle and ill-advised investments in the sort of businesses that have a 90 percent failure rate—Burt’s Place bar in downtown Atlanta, a NASCAR racing team, and the Burt Reynolds Dinner Theater in Jupiter. Needless to say, all three were places where Burt and his posse could party.

And yet there was a moment when Burt Reynolds was as good as anybody in the business. That moment came via a film called Sharky’s Machine, a cop movie set in Atlanta, with Reynolds at the top of his acting form and the top of his directing form as well, delivering a classy mystery story supported by excellent performances from Vittorio Gassman, Rachel Ward, and Brian Keith. The marketing of the movie was mishandled by Orion Pictures, but it was nevertheless evidence that, given the right material, he could have been one of our great actor-directors, on a par with Redford or Eastwood or Gibson.

Instead he will be remembered primarily for a movie about a redneck in a cowboy hat who accepts a job running illegal Coors beer from Texarkana, Tex., to the old fairgrounds on the south side of Atlanta, for no particular reason other than so his friends can have the beer at their party. After a hundred minutes of chase scenes, car crashes, encounters with a flummoxed sheriff played by Jackie Gleason, and an on-the-road romance with runaway bride Sally Field, Burt and his “posse” sidekick Jerry Reed are victorious. The beer is served. The party continues. It may be the thinnest plot in the history of the world to gross $300 million.

And Burt would be okay with that. He would think that’s great, because it’s about his people, his way of doing things, his party.

And that’s why I’m okay with that too. It’s 5 a.m. and Burt is sleeping now. It was a good party. It was a great party. I can still hear his laugh.