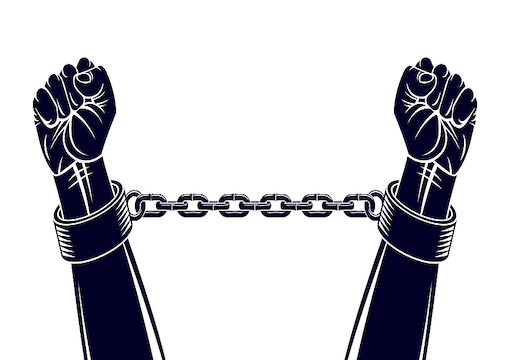 Last week, we covered the monumental lack of self-awareness of liberals denouncing others as “snowflakes,” even as they force Amazon to remove books, tear down historical monuments, hide black suspects’ race, and demand the immediate firing of anyone who mentions black performance on standardized tests.

This week, we’ll cover the left’s claim that they are teaching “history.”

Terrified that their hate-America curricula have been discovered by parents and politicians, liberals hysterically accuse them of opposing the teaching of “history.”

As MSNBC’s Joy Ann Reid put it: “Like, it is a problem for old Ron DeSantis, because I think what he’s saying is that he believes that the white citizens of Florida are too snowflaky, too sensitive, too scared, and not strong enough to handle actual facts about history.”

In fact, the precise objection to critical race theory is that it doesn’t include anything resembling “facts.” Instead, it’s wacko conspiracy theories dreamed up by the stupidest people in academia to justify their “diversity” jobs.

The primer for the CRT nonsense is The New York Times‘ idiotic “1619 Project,” which holds that slavery in America is the single most important event in the history of the world! Yes, apparently, America was founded on slavery; the reason Americans fought the Revolutionary War was to protect slavery; the engine of our prosperity is slavery; the cause of black suffering to this day (and those low SAT scores) is slavery.

Upon the Times‘ publication of this hastily assembled paper out of the Black Studies Department, dozens of actual historians — across the political spectrum — rebuked the Times for printing ahistorical gibberish. (They didn’t put it that way, of course. The historians’ objections were phrased with extravagant respect, because — well, you know … Nikole Hannah-Jones: SNOWFLAKE!)

Among the first historians to object were 12 Civil War historians, who wrote a joint letter to the Times, politely correcting some of the wildest claims of the “1619 Project.”

Absolutely devoted to historical accuracy and open dialogue, the Times responded by refusing to print their letter. The 1619 Project — with the Times‘ imprimatur — was promptly distributed to schools throughout the nation, where it is taught today.

Also, Christopher Columbus was a terrorist, European settlers committed genocide against “Indigenous Peoples,” everything whites have accomplished they stole from People of Color, and so on.

When parents objected to the filth in their kids’ schools, MSNBC and CNN began running nightly specials on MODERN-DAY BOOK-BURNING! (Now try to buy from Amazon — with your own money, of your choice, as a free American — Jean Raspail’s

I have some “actual facts about history” that ought to be taught. This will be the first in a series.

Slavery has existed everywhere — practiced with most enthusiasm, brutality and longevity (13 centuries) by the Arabs. Barbary pirates kidnapped more than a million white European slaves from captured ships — as well as directly off the streets of European ports. Nearly a century before Columbus set sail, Arab traders had brought back 4 million slaves from West Africa, according to William Phillips, author of the book Slavery From Roman Times to the Early Transatlantic Trade.

The descendants of those slaves aren’t getting affirmative action at the Moorish Harvard or given preference for a seat on the Islamic Supreme Court. Among other reasons, the vast majority of their ancestors were castrated and murdered.

On the “intersectionality” front, the Cherokee, Chickasaw, Choctaw, Creek and Seminole all had African slaves. The Trail of Tears is littered with black slaves — those who were not shipped ahead of their Indian masters to await them in Oklahoma.

Slavery still exists today in many, many parts of the world — especially Africa. According to the Global Slavery Index, “Modern slavery is most prevalent in Africa, followed by Asia and the Pacific region.”

1. Why did slavery end so much sooner in white Christian countries?

2. Are countries run by Muslims, Buddhists or voodoo doctors more or less likely to recognize human rights than Christian nations?

3. Why would your teachers refuse to tell you about slavery among the “Indigenous” peoples?

5. In your other readings, have you found that the sins of whites and Christians are comically exaggerated, while those of nonwhites and non-Christians are buried in a lead casket and dropped in the middle of the sea?