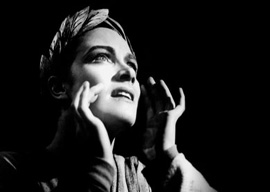 Partly because I can’t find any large issues in the news about which I have a thousand words to say…partly because my poor brain has been turned to bean curd by yet another”but, Apollo be praised, very likely final”session of chemotherapy…but mostly because IT’S MY COLUMN AND I CAN DO WHAT I LIKE…there is no particular topic connecting what follows. This is a potpourri of random, unconnected items.

Item. I shall be a guest (together with two or three others) on Alan Colmes’s radio show the night of Friday, June 8. This is the “Friday Night Free-For-All” when we end up breaking crockery over each other’s heads and screeching abuse at callers. I’ve done it before and it’s fun.

Alan’s a pretty good egg in my book. He’s a lefty, of course. He’s still upset about FDR dumping Henry Wallace for Truman, he drives a Trabi with a Walter Ulbricht medallion hanging off the rearview mirror, he vacations in Cuba, etc. Since I, on the other hand, am a well-known fascist hyena with a collection of SS memorabilia in my bathroom closet, you wouldn’t think there’d be any affinity there. Yet we get on well. I like the guy personally; he’s done me favors for which I’m grateful, and one of my best friends is a cousin of his. I’m not sure how it looks from his end.

Item. In all the ructions of April, I missed the opportunity to record a centenary.

The story begins in medias res on February 6, 1953 at Covent Garden Opera House in London during a production of Gluck’s Orfeo ed Euridice. It was sung in English and conducted by Sir John Barbirolli. Orpheus is male in the classical story, but in the original 18th-century production the part was sung by a castrato, and since then it’s been a “pants role” (i.e., a male character sung by a woman). The lady singing as Orpheus was the English contralto Kathleen Ferrier:

“My position on free will is that at best, some of us have it and some of us don’t. I’m pretty sure I myself don’t.”

At the theater she [i.e., Ferrier] was composed, but unusually somber. “Once you get started, you’ll be all right,” Bernie [her secretary] tried to reassure her. “You always are.” [She] did not answer. Frederick Ashton came to see if there was anything he could do, but she shook her head, thanking him for taking the trouble to ask and apologizing for being a nuisance….

Her voice was as glorious as ever, and it seemed at the interval that her presentiment had been groundless. In the second act, however, her fears were realized. As she went to move a searing pain lacerated her left thigh and the leg ceased to function, preventing her from moving to her correct stage position. She leant against some scenery and sang from there. Barbirolli knew at once that something terrible had happened, and went through his own personal torture in the pit, unable to help.

(The above passages are from Maurice Leonard’s biography of Kathleen Ferrier.)

What had happened was that the singer’s femur had partially disintegrated, a portion of bone actually breaking away from the shaft. Incredibly, Ferrier’s singing was so mesmerizing, the audience had no idea anything was wrong. She had been diagnosed with cancer two years before and died from the disease eight months later. Ferrier was born in 1912. That’s the centenary I missed.

I grew up hearing Ferrier’s voice. Her unaccompanied rendering of the English folk song “Blow the Wind Southerly” was a favorite of my mother’s. We had it played at her funeral. My own choice is Ferrier’s English rendering of “Che farÃ² senza Euridice” from Orfeo. It still gives me the skin shivers.

The twentieth century produced numerous great voices, but there was something about Ferrier’s that had a particular hold on her countrymen. It was so damn English in a way that no longer exists, and if it tried to exist it would be pulled up by the roots, torn to pieces, and stomped into the all-surrounding dust of gadget culture, thug triumphalism, moral snobbery, and political correctness. RIP, England.