Jewish Wealth by the Numbers 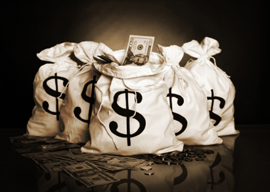 Americans can learn much from Israel. It’s an increasingly prosperous nation that grapples manfully with its problems. For example, when the Israelis put up a fence along the border to keep out illegal aliens (or “illegal infiltrators,” as the Israeli government calls them), they put up a fence.

I especially admire how Israelis enjoy what might be called “effective freedom of speech.” While I treasure the legal protections provided by the First Amendment, the increasing tendency of Americans to pass up moneymaking opportunities that might be deemed “controversial” makes America duller and dumber.

In contrast to America, in Israel you can, say, go see the latest Mel Gibson action flick in a movie theater.

Why? Don’t Israelis know that Gibson is controversial?

Similarly, in Israel, you can write openly about one of the more interesting and important subjects of our era: Jewish wealth. For instance, the Israeli-American centrist think tank Jewish People Policy Institute reported in 2010: “World Jewry today is at a historical zenith of absolute wealth creation.”

Forbes Israel, the Tel Aviv offshoot of the American business magazine, has a cover story on Jewish billionaires. The Israeli edition has made up a list, drawn from Forbes‘s overall ranking of the world’s 1,426 billionaires, of the 165 richest Jews in the world.

“Per capita, Jews are a little over 100 times more likely to become billionaires than the rest of the human race.”

The billionaire on the cover is cosmetics heir Ronald Lauder, president of the World Jewish Congress. His $3.6 billion makes him, according to Forbes Israel, the world’s 69th richest Jew. (By the way, Lauder has one of those rare New York City concealed-carry permits.)

In America, this just isn’t done in the mainstream media, even though it’s obvious and fairly easy to do.

Sure, Forbes has been publishing its rankings of rich people for three decades.

Moreover, counting by ethnicity is something that the government, corporations, and foundations have been doing assiduously since the late 1960s.

And these days, it’s easy to look up most well-known individuals’ ethnicity on the Internet. Wikipedia, for example, usually states the subject’s ancestry immediately after the table of contents. (That reflects a major change in our culture’s emphasis. At bedtime, I often browse in my 1971 edition of the Encyclopedia Britannica. Biographical entries back then were quite reticent about ethnic backgrounds.)

Still, there’s one ethnicity that’s never counted in polite circles in America…except by other Jews, who do it constantly.

You can use Google Translate to convert the Forbes Israel richest Jews ranking from Hebrew into awkward-but-adequate English. Thus, “165 billionaires [sic] Jews constitute 11% of global billionaires list, and common wealth reaches $812 billion,” or an average of $4.9 billion per Jewish billionaire.

Here’s my count of Forbes Israel‘s list, with Jewish billionaires as a fraction of the country’s total number of billionaires:

Page’s conclusion brings up an obvious question: Who is a Jew? Generally, non-rabbinical Jewish organizations, such as Forbes Israel, tend to attribute Jewishness generously to individuals perceived as good guys, such as the popular Page. In turn, it’s common to quibble when the topic is anybody who isn’t popular. (Thus, you’ll often see it argued that, say, Einstein was obviously Jewish despite not being religious, while Trotsky can’t be considered Jewish because he was not religious.)