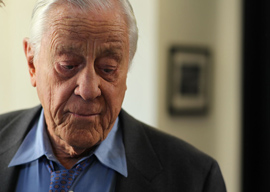 NEW YORK, N.Y.—This week fifty years ago saw the assassination of Robert Kennedy, a man I met a couple of times in the presence of Aristotle Onassis, whom some Brit clown writer once dubbed Bobby’s murderer. (Bad books need to sell, and what better hook than a conspiracy theory implicating a totally innocent man?) At a Susan Stein party I once witnessed Bobby asking Onassis for funds—the 1968 election was coming up—and Ari showing Bobby his two empty trouser pockets. Bobby’s assassination did alter American politics, with violence, black anger, and despair spilling out into the streets of American cities. Bobby’s death caused grief among black Americans far more than his brother’s murder, especially coming soon after Martin Luther King’s killing earlier in the year. Alas, African-American civic leaders have irresponsibly played the victim card ever since. Richard Nixon, a great president and a friend of mine, won the White House four months later and became the man the press loved to hate, until the present incumbent. Bobby was the media’s choice, but fate intervened and Nixon became the fourth estate’s hate object.

“Oh well, now we have Trump to kick around, and the media sure is kicking.”

In their anger and frustration over the very liberal Bobby ending up dead, and the conservative Nixon in the White House, journalists decided that some “reader empowerment” was needed—i.e., not just the facts, ma’am, but the right facts, according to the culturally elitist, ideologically biased, and entitled fourth estate. Straight news took second place to “higher goals,” ferocious opinions once reserved for the editorial pages. Then came Watergate, which Nixon could have easily avoided by letting those responsible carry the can, but his loyalty proved his undoing. The journalists who published leaked documents from a disgruntled FBI agent—Deep Throat—were feted as heroes and liberators of an oppressed people.

One of the advantages of old age—the only one I can think of, actually—is that one has experienced things that youngsters have not. Experience counts. For example: the double standards of the hacks and the selective glorification of their favorites. Anyone who has read about the Kennedy and the Nixon years knows that the one great figure that stands out was that of the Washington Post editor Ben Bradlee. Bradlee, however, not only covered up JFK’s philandering (as well he should have), he also covered up Kennedy’s bungling in Cuba and in Vienna, not to mention JFK’s complicity in the murder of Vietnamese president Diem. Watergate made Bradlee a household name and movies were made about him, but to little me he was no better than a pimp. Bradlee pimped for JFK, and even pimped out his own wife to the president, something Kennedy courtiers like Arthur Schlesinger preferred to overlook. I was once invited to the White House by another Kennedy pimp, fashion designer Oleg Cassini, but refused the invite because I knew what JFK needed from me, namely my then girlfriend. Throughout all the adulation and cheering, no hack has reported that Bradlee pimped for JFK and turned a blind eye when the randy Irish-American president took on Mrs. Bradlee (his previous wife, now deceased, not the present widow). Laying one’s wife to the prince’s bed might be a Victorian perversion, but Americans don’t do that sort of thing. Pimps are pretty much down in the bad-guys category.