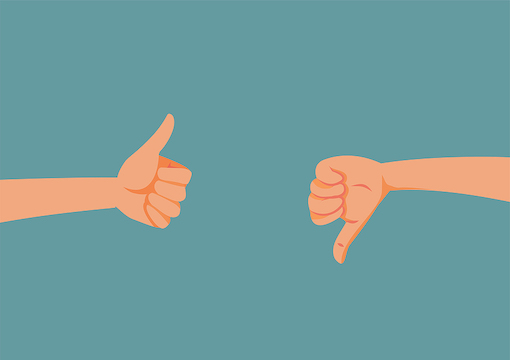 A respected journalist and writer of my acquaintance, now retired, always had an interesting, unusual, and unexpected perspective on matters that usually divided people into two opposing and irreconcilable camps. He said things that were both obvious (once they had been enunciated) and revelatory. But no one is always right, and he once said something to me that seemed to me doubtful. “Snobbery,” he said, “is a vice, but not a very serious one.”

I do not think that there is a simple linear measure of the seriousness of vice. It is worse to murder four people than two, no doubt, but one wouldn’t say that the person who murdered four was twice as bad as he who murdered two. I do not know quite where to place snobbery on the scale of vices, but wherever it is placed, I think it may be very serious in its effects, though it is probably ineradicable from the repertoire of potential human feeling and conduct.

Snobbery is the feeling of social superiority on the grounds of some quality over which the person believed to be inferior has little or no personal control, such as birthplace or parenthood. If this feeling is conspicuously displayed rather than merely felt, it is likely to provoke furious resentment, far more so than actual injustice. Disdain causes the rawest of wounds, which seldom heal. That is why people who triumph over snobbery in practice nevertheless often retain within themselves a strong core of resentment toward those of the type (not necessarily the actual individuals) who formerly disdained them. And this resentment often impels them to do seemingly self-destructive things.

“Not everyone wants to be, or is capable of being, a master of the universe.”

In human affairs, it is seldom that there are clear-cut boundaries, so that it is not surprising that snobbery can shade into justified disdain or condemnation, at least for certain kinds of behavior if not for the human beings who display it. Those kinds of behavior are not equally distributed in all social groups, so that it is easy to transfer the disdain from the behavior to the social group itself, and assume that a member of that group will, ex officio, behave in the reprehended fashion.

It is probable that intellectual and aesthetic snobbery are now more prevalent than the more traditional forms that attach to place of birth and parentage. Many of us are appalled by the tastes and interests of others and secretly, and not so secretly, congratulate ourselves on our superiority to them. I am far from immune myself from such feelings. I have to control myself not so much in my outer behavior—that is a relatively easy thing to do—but in my inner feeling, that is to say to limit my own feelings of superiority to the people whose tastes I despise. After all, there is more to people than their tastes or enthusiasms, and I have never talked to anybody who struck me as anything other than an individual. Just as we are enjoined to hate the sin but not the sinner, so we have to try to dislike the bad taste but not the person who displays it. This requires the overriding of emotion by conscious thought and self-control.

The fear of appearing snobbish also has its deformations, as does inverted snobbery. The latter is harmful because it undermines aspiration to anything better or higher than that which the inverted snob already knows or likes. Inverted snobs sneer at what they sense instinctively to be above them, calling it pretentious and elitist. Incidentally, the word elitist is often misused or elided with social exclusivity. Not even the most anti-elitist of persons objects to the elitist selection of sports teams on the basis of superior performance and ability of players, nor does anyone object to being operated on by the best surgeon available, so that only if sport, and to a lesser extent surgery, is of such importance that it is an exception to the necessary suppression of elitism can this exception be justified.

Fear of appearing snobbish is harmful because it threatens the willingness to make judgments between the better and worse; and since the worse is always easier to produce, it contributes to a general decline in the quality of whatever is produced. This fear of appearing snobbish and therefore undemocratic is now very strong and pervades even universities (so I am told), in which one might have supposed that elitism, in the sense of a striving for the best that has been said and thought, would be de rigueur.

One of the forms that snobbery now commonly takes is disdain of simple, repetitive, and unskilled jobs (which are generally ill-paid as well). The educated can imagine no worse fate than to be employed in such a job, no matter how necessary or socially useful it might be—the person at the supermarket checkout (increasingly redundant, of course) being the emblematic example. With a singular lack of imagination and sense of reality about their fellow creatures, they simply put themselves in the place of these people and imagine thereby that they are being empathic. But of course there are people for whom such jobs are not unpleasant and are even rewarding. Not everyone wants to be, or is capable of being, a master of the universe.

I too have suffered from, or rather felt, this snobbery. I once met the personnel director of a very large car factory, who told me that she was recruiting people selected for their lack of ambition and initiative (not quite the same as lack of intelligence), who would be content to do a predictable repetitive task for a fixed number of hours and draw their wages—in this case high wages. Such people were essential to the smooth running of the factory.

Until then, it had never occurred to me (though it was obvious) that the world needed such people as she described at least as much as it needed highly ambitious persons. The trouble is that snobbery toward the unambitious overvalues ambition as a human characteristic, and thereby helps to usher in the regime of ambitious mediocrities, or even sub-mediocrities, under which we now live. There is nothing wrong with mediocrity, it is indeed very necessary; but it is harmful when allied with ambition.

Irrespective, then, of how bad a moral vice snobbery may be, it is socially harmful and must be guarded against—especially where it resides often in secret, that is to say in the human heart.