If the National Enquirer is to be believed, John Edwards is the father of Frances, the baby born to Rielle Hunter back in February “08. The Enquirer is not, of course, everyone’s first choice for sound and objective news analysis, but in this particular case, it’s probably wisest to take their word for it. For they have been consistently on top of this story, while most of the rest of the media adopted a “who farted at the dinner table?”-type embarrassed silence over the whole affaire.

And affaire it, indeed, was. As a rough outline: John Edwards was doing the horizontal dance act with Rielle Hunter for at least a period of many months if not years. When allegations first surfaced in late 2007 (and the gossip had started about it all in August in the Enquirer), Edwards denied everything. He didn’t in fact come clean about having had the affaire until summer 2008 … by which time his bid for the Democratic nomination was over. That’s perhaps the most startling part of the whole thing, that he seemed to honestly believe that his sex life was going to remain private (as it arguably should, of course), when he was running to try and become the most powerful man in the world. The days of not mentioning such things, as with JFK and FDR, are long gone, and even Bill Clinton would find it difficult to overcome bimbo eruptions in these more censorious times.

But there’s more to it than just the lying over the bedtime boogie: denial of such is a fairly common tactic after all. No, Edwards went on to say that it was all terribly brief, a mistake for which he apologised. Then, when Hunter was obviously pregnant, one of his campaign aides, Andrew Young, claimed to have fathered it, and his campaign manager admitted that he’d been supporting both Young and Hunter”but none of the money was coming from campaign funds, oh no siree. Plus Young moved “his” pregnant girlfriend into his marital home, with his wife’s approval. This rather tangled explanation was greeted with the guffaws it deserved, but no one flatly called them all out on it until the Enquirer, again, broke the next piece of news. Just this past week, in fact. 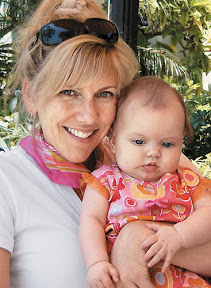 There had been a DNA test, and Hunter’s child was in fact the product of Edwards’s loins. Now, as I write, this is just a story in the Enquirer, but it’s not all that much of a surprise to anyone, and the rumor is that Edwards will confirm it shortly. The important point about this paternity is, of course, not that Edwards has fathered a child out of wedlock. It’s that he’s been, if it is, indeed, true, lying through his teeth all along. Given that Hunter is a member of our species, Homo Sapiens, her pregnancy lasted 9 months or so, and thus the two of them were still getting into the groove back in April and or May 2007″much, much later than previously claimed, specifically and directly by both John Edwards and his wife Elizabeth. That politicians have the morals of blowflies, we know; that power, wealth and arrogance can lead to a somewhat free-wheeling approach to sexuality, ditto. But when we actually catch a politician brazenly, without remorse, lying to us in an attempt to cover things up, we become more than censorious. We do the worst thing we can to a blowhard who only desires our attention and approbation”we ignore him.

So that’s the end of John Edward’s political career then; there’s no way he can come back from this. An affair, possibly, yes, with sufficient contrition, even an extra baby or two can be dealt with. But not when caught out brazenly lying to everyone for years.

And the end of that career strikes me as a good thing, too. I’m most unlikely to have much good to say about any Democratic politician (or about any politician at all most of the time), but Edwards was either more brazenly populist than even I can imagine or dimmer than I can believe. His stump speech was all about poverty in America, how 12 percent live in poverty, 20 percent (the details are thankfully dim at this distance) of children are poor, and how we should raise the Earned Income Tax Credit, print a million more housing vouchers, ramp up the spending on food stamps, in order to end this national shame.

Those aren’t, in fact, bad ideas to have about alleviating poverty, except for one crucial point. We don’t include any of them when working out who in America is poor. The definition we use of poverty is those who would be poor if we didn’t help them. We don’t, when working out that there are 12 percent of the people, 20 percent of the children, below the poverty line, count the things that we do in order to alleviate that poverty, the EITC, the housing vouchers and the food stamps. So calling for us to spend more on these things won’t move those numbers in poverty by even one iota. (This is the reason that we spend hundreds of billions trying to alleviate poverty, and we still have the same amount of it: unbelievable, I know, but we just don’t count those hundreds of billions.) You would have hoped that someone who was Director of the Center on Poverty, Work and Opportunity at the University of North Carolina at Chapel Hill School of Law would have known that important little point.

But no, we had a politician whose major defining issue, whose stump speech, revolved around insisting upon solutions that would have absolutely no effect whatsoever on solving the problems by the methods he was using to measure those problems. While it’s nice to have politicians acknowledge that they are in fact ineffectual, I’d prefer that they didn’t make that point the reason we ought to vote for them.

So farewell Senator Edwards and good riddance: the public square will be cleaner for your absence.

Just two more things: the story might not be quite over yet. For there is an investigation into whether the campaign funds that Edwards used to pay Hunter to produce some videos were, in fact, really paid over to produce some videos. Nasty little minds are wondering whether $100,000 to produce a few short clips was really a legitimate use of such political donations or whether the director’s girlfriend status might have influenced the amount paid. Hmmm. Of such differences are possible jail sentences made.

The other is the only question I’d actually like to ask the departing politico. Adultery, bastards, lies, ignorance and or duplicity, hey, you know, that’s just politics. But why did you at one point hire Amanda Marcotte to run your online campaign? I mean, seriously dude, that was just batshit insane.