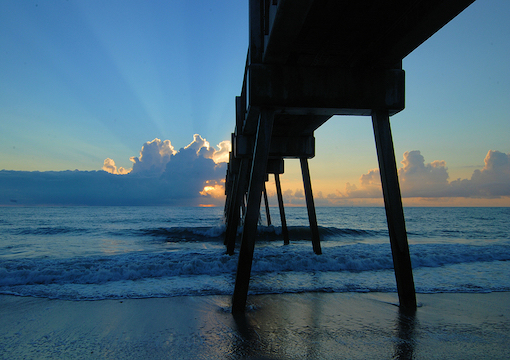 Around twenty years or so ago I had point for match point on a perfect grass court in Fort Belvedere. We’d been playing for close to two hours. I remember hitting a topspin backhand down the line and going to the net and seeing my ball just miss the tramline. I was perfectly positioned to call the ball out. My opponent, thinking I would approach with a crosscourt, was covering his backhand side. He called my ball in. “Ball was out,” said I. “I saw it in and it was in,” said Galen Weston, my host at the Fort, and a very good tennis player. It verged on the parodic, our ensuing so-called argument over who was right. Galen prevailed, and I eventually won the match. He then lent me his best pony to stick and ball on his polo ground and play one against one. He won that one rather easily. If there ever was a better sport than Galen Weston, I have not had the good luck of coming across him.

Last week I attended a memorial service for Galen at St. George’s Chapel, Windsor Castle, a moving ceremony for a very good man who died at age 81. The Earl of Wessex and his wife represented the Queen and Prince Charles, and other minor royals took up the places up front. The Brits do these things very well. The Dean of Windsor spoke briefly of the contradiction of being a Christian and loving God if one goes around hating his fellow man. Galen’s son and the Duke of Abercorn also spoke about him, and then off we went to the Fort for some light refreshment.

“There is nothing like a pretty young girl, especially when charm and intelligence and sweetness of character are added.”

I saw some old friends like Charles Powell and reminisced about the good old days. When Galen and Hillary Weston began their enormous project in Vero Beach, I signed up immediately because of the tennis and polo facilities. Vero Beach turned into a smaller Palm Beach in no time and I went down to check it out, having become a member. Charlie Glass came with me for the action. (Charlie doesn’t play tennis, doesn’t ride, but only chases the women I like.) We soon got the message: The project was created for families that liked sport, not for desperate men looking for you-know-what. I took the bull by the horns, ordered a limo, and told the driver to take Charlie and me to a place with women. He got the message and even winked at me as he put the car in gear. Excelsior!

Well, not so excelsior as it turned out. The bum drove us to an old ladies’ retirement home and dropped us off before we realized where we were. Charlie was going nuts, but like the stoic I am I saw the humor in it. We finally made it back and watched TV all night. It seems word got out and Galen offered to hand back my club dues. I stuck to tennis from then on.

Mind you, there are worse things than being taken to a retirement home by a cheeky driver of the Hispanic persuasion, and one such occasion took place right on Old Queen Street during our annual Spectator summer party. My buddy Jeremy Clarke and I went into the loo together in order to do something illegal. We were giggling like naughty schoolboys when we emerged from the tiny stall and an elderly gent, impeccably dressed, stared at us in disbelief; he looked rather angry. Jeremy just smiled, but I thought I had to explain so I spluttered, “We’re in love!” That made him even angrier and he stormed out. (Get better, buddy, and we’ll do it again.)

There were no such shenanigans when I gave a dinner at Bellamy’s for my wife’s 121st birthday last week. I’ve always had a crush on Tessa Fane but she’s never given me a second look. Her husband Harry is a good friend. This time she had to as I placed her next to me, Lita Livanos being on the other side. We were around twenty, Sophie Fane (Tessa’s daughter) and Lily Hanbury being the youngest and prettiest. Like the song says, there is nothing like a pretty young girl, especially when charm and intelligence and sweetness of character are added. My son and daughter had come to London for the birthday and we all had a hangover lunch the next day at 5 Hertfort Street, where my son admitted to an embarrassing finish to his evening the night before. He and some young friends ended up complaining about the cheap-perfume smell at Annabel’s when a flunky asked him whether he was a member. “Just tell Robin JT is downstairs,” said my son and heir following the disgraceful example of his father of having drunk too much firewater.

Robin Birley, as some of you may know, owns 5 Hertfort Street, and his family sold Annabel’s close to fifteen years ago for close to 100 million. Loulou’s and Hertfort Street continue the Birley tradition of great service and impeccable food and drink. Personally I would rather go back to the Vero Beach retirement home for old ladies than be seen at Annabel’s, but then that’s just me. Needless to say my son was asked to leave the premises and he ended up at Loulou’s after a short walk. All’s well that ends well.