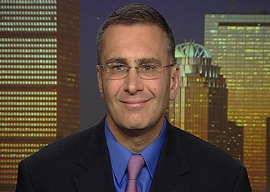 Brought before a House inquisition, MIT professor and Obamacare architect Jonathan Gruber burbled a recantation of his beliefs about how that triumph of liberalism had been achieved.

Yet, something needs to be said in defense of Gruber.

For while he groveled and confessed to the sin of arrogance, what this Ivy League con artist boasted about rings true.

Here, Gruber explained, is how we got Obamacare passed:

“Lack of transparency is a huge political advantage. And basically, call it the stupidity of the American voter or whatever … that was really, really critical to get the thing to pass. Look, I wish … we could make it all transparent, but I’d rather have this law than not. …

“[I]f you had a law which explicitly said that healthy people pay in and sick people get money, it would not have passed.”

Call it the new candor. Yet, is Gruber not right on almost all counts?

“Why, even when conservatives win elections, does the nation continue to move inexorably leftward?”

The “tortured way” the bill was written led a narrowly divided Supreme Court to uphold the act. As for the “lack of transparency,” did not Speaker Pelosi, midwife to Obamacare, say, “We have to pass the bill so that you can find out what is in it.”

Under Obamacare, “healthy people pay in and sick people get money.” Is that not true? Is it not true that had Obama and his party been honest like Gruber—that this was another rob-Peter-to-pay-Paul wealth transfer scheme—Democrats could not have passed it?

“Look, I wish … we could make it all transparent,” said Gruber, “but I’d rather have this law than not.”

Gruber is saying that, though the selling of Obamacare required obfuscation and deceit, it was worth it! We got Obamacare!

Liberals are beating up on Gruber for spilling state secrets.

And what did Gruber do that Obama himself did not do?

Indispensable to running the Big Con, said Jonathan, was “the stupidity of the American voter.”

Here Gruber was wrong. The American people are not lacking in intelligence, but they are trusting, often lacking in knowledge, and they do rely on elected representatives to read and understand those thousand-page bills in Congress. And their faith is often misplaced.

Bottom line: Gruber & Co. won; America lost. Though the nation did not discover how badly it had been swindled until Obamacare began to be implemented.

The victory of Obamacare raises a question addressed by this writer 40 years ago in “Conservative Votes, Liberal Victories.”

Why, even when conservatives win elections, does the nation continue to move inexorably leftward? As a friend from that era wrote me recently, other than our victory in the Cold War, what do we conservatives have to show for all of our political victories?

Republican strength on Capitol Hill today rivals that of the 80th Congress of 1946, and the dominance the party enjoyed in the 1920s.

Yet, from past disappointments, current hopes and expectations are not high.

What is it that pushes the nation leftward even when conservatives win at the ballot box? The permanent powers and the deep state.