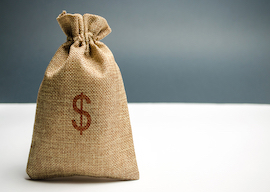 The minor inconveniences of life often cause disproportionate despair, at least if my reaction to them is anything to go by. Is life worth living, one wonders, when there is no parking space and one has to search for half an hour merely to be able to get out of one’s car?

The other day I woke from a dream in a state of utter despondency. In my dream I was in London with two Spanish friends (they were just friends with no particular identity other than that they were Spanish, and I would not recognize them if I passed them in the street), and we wanted to have a cup of coffee—but none of us had any cash. I left them in a café to order what they wanted while I drew some cash from a nearby ATM.

There were two of those machines nearby. I inserted my card, did all that the screen asked, and only at the last minute did the screen inform me that the machine was out of order. I tried both machines repeatedly, but with the same result, or lack of it. I felt impotent in the face of technological breakdown.

I asked passers-by whether there were other machines nearby, but of course they did not know, from which I concluded that they were either stupid or deliberately unhelpful.

“To receive the payment has taken far more of my time and effort than writing the article in the first place.”

In fact, I found two more such machines in Trafalgar Square, within sight of those that I had just tried. But when I took out my wallet to insert a card, all the other cards in it fell out into a large pool of black mud at my feet (it struck me as strange, even in my dream, that there should be so much mud in Trafalgar Square). In a state of rage and despair I stooped to recover them, but my rage was only increased when a stranger offered to help me. The reason that this kindly gesture should have enraged me further was that I thought it implied that I was an old man incapable of gathering up the cards myself. By now so much time had passed—half an hour, according to my dream—that my Spanish friends must have thought that I had abandoned them. Then I woke, the unpleasant mood of the dream staying with me.

Of course, the dream demonstrated how little accustomed I am, at some deep level of my consciousness, to new ways of payment, even though I now use them myself. Increasingly I carry no cash; last week, for example, I bought a return train ticket to London, had coffee in a café, went on the underground, had lunch with a friend, tipped the waiter, bought some antiquarian books, came home, and had dinner in a restaurant, all without a single penny in my pocket. The cashless society is coming, yet I still dream of banknotes as being essential to payment. The first half century of one’s life is formative.

Will irritation and despair caused by inconvenience disappear with the ever-increasing virtualization of our lives? I somehow doubt it. There is a law of the conservation of bureaucratic obstructionism.

Perhaps it is not a coincidence, but for the past few weeks I have been trying to get paid for an article I wrote for a publication in a foreign country supposedly in a customs union (admittedly not for long, perhaps), and with a tax agreement, with my own dear country. I sent the bill, but that was not enough. I had to prove that I paid tax in my country of residence. I sent my tax return, but that did not comply fully with regulations. I had to send a certificate from the tax authorities in a certain format. I did not know even how or from whom to apply for such a certificate; I contacted my accountant, who contacted the tax authorities. Three weeks later, the tax authorities demanded proof, before they could, or would, issue the certificate, that the payment was for the kind of economic activities that I regularly undertook. This is despite the fact that my activities have not changed and I have filled tax returns for many years. All the tax authorities had to do was to contact one another.

I do not yet have the certificate and have not yet been paid, the saga having so far lasted three months. To receive the payment has taken far more of my time and effort than writing the article in the first place. I have had no face-to-face contact with any of the participants in the saga, nor will any be necessary or indeed, in some cases, possible. But thanks to information technology and its alliance with an attempt, that is simultaneously obsessive and inefficacious, to prevent money laundering and tax evasion, it has taken far longer for me to be paid than it would have done thirty, or possibly even a hundred, years ago.

But what is perhaps most galling about the whole affair is that I have often been paid by organizations in the same country who have not obliged me to go through the whole rigmarole, but who have paid me on the presentation of a bill alone. In other words, what appears in the present case to be required by the law is not required in the other cases, in no relevant way dissimilar. Thus the regulations are followed or applied capriciously, such that one does not know whether those who make difficulties are simply finding an excuse not to pay promptly, or whether those who make no difficulties are simply flouting the law.

What, however, is certain is that such capriciousness is more disturbing psychologically than consistency, even consistency in irritating regulation. Many men who are violent toward women know this instinctively. Inconsistency makes it impossible for the woman to know how to avoid whatever it is that supposedly provokes the man to violence; the result is that the woman devotes much of her mental energy in trying to work out what cannot be worked out. This keeps the man in the forefront of her thoughts, and the woman in a state of subjection.

My effort to be paid lets me know that I cannot have a simple transaction with another party, nor it with me; there is always, at least potentially, a third party involved, so to speak, namely the state.