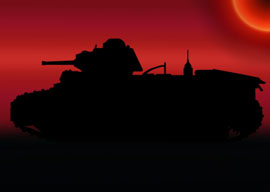 Last Christmas Day, a drone missile flew into the Pakistani village of Qutab Khel and killed four suspected militants. Their identities couldn”t be confirmed because their bodies were reduced to charred remains. The protests of families who resided in the decimated village were ignored. On the day once reserved for worshipping the birth of mankind’s savior, the U.S. government thought it would be fun to flat-out murder a few guys. Per usual, little explanation was offered besides, well, they”re terrorists.

This last Easter weekend, three separate air strikes felled at least twenty-five suspected militants in Yemen. The strikes were purportedly on al Qaeda camps, though no identities were named. The story was the same: on the day reserved for celebrating the rise of Christ and the liberation of humanity from the bondage of sin, lives were taken, apparently without a hint of remorse or afterthought.

Nearly a decade and a half into the War on Terror, it has to be asked: What are we still fighting for?

“War is never pretty. And the price paid is almost always dear. But there used to be limits to the atrocities men unleashed on one another.”

Are 22 veterans committing suicide every day just so you have the luxury of being forced to pay for some moocher’s Obamaphone? Is that really freedom?

The argument that we”re valiantly fighting al Qaeda before they invade America and massacre all of us in a glorious jihad is totally nonsensical. Congress already voted to fund rebels in Syria with taxpayer dollars. It’s widely known that many of these “freedom fighters” are radical Islamists affiliated with al Qaeda.

Just as risible is the notion that Uncle Sam stands for democracy and freedom around the world. In Ukraine”a country the media now finds important because Putin is a big meanie”Washington is backing a bunch of fascists and neo-Nazis who have won power in the government. These guys aren”t open-minded liberals fighting for a democratic and pluralist society. It’s highly probable that activists from Ukraine’s new power players even staged a false flag sniper attack to gain Western sympathy.

Uncle Sam is waging war across the globe for a different interest: himself. It’s gotten to the point where basic custom is eschewed for the sake of victory. War is never pretty. And the price paid is almost always dear. But there used to be limits to the atrocities men unleashed on one another. In an era of drone strikes on the Prince of Peace’s birthday, it’s hard to remember the great Christmas Truce of World War I. On Christmas Eve in 1914, the Western Front was no longer a desolate stretch of land fit for men with a death wish. British and German soldiers sang carols to each other across the trenches. As daylight appeared, men emerged from their pits of death and shook hands on the battlefield. They collected the bodies of the deceased. They exchanged gifts.

And on that day, when the world’s leading powers fought the war to end all wars, compassion and love emerged from the slime of imperial conquest. It was almost, as Damon Linker puts it, “a fleeting glimpse of God.” The cause of governments was put aside to honor the cause of man. It was short-lived, and no event like it occurred after.

As Western society has become more secular, it has put its trust in government. The result is a religion called “statism,” and the diminishing of life’s grander purpose. We now live for the government and accept its transgressions. Bureaucracy takes our money and gives us food stamps, tax credits for homes, retirement income, subsidized health care, and an idol to salute at baseball games. It’s no coincidence that the loss of scruples, morals, and decent behavior descended as the liberal political order grew. Private, civil society organizations have lost their sway in governing social behavior.

A drone strike on Christmas Day now seems like an ordinary event. Our lives now revolve around the goings-on in Washington, D.C. The War on Terror must take precedence over everything. Our privacy has been obliterated for the sake of safety. We”re force-fed a narrative that says our own intuitive moral conceptions are wrong, and that our overseers know better than we do. From Sunday morning talk shows to editorial columns in major newspapers, we”re constantly told the warfare state is necessary and virtuous. Questioning it amounts to treason.