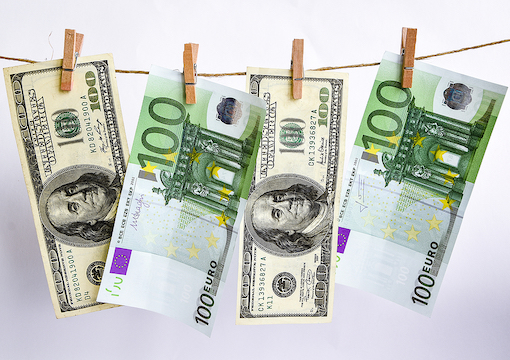 Returning to England from France recently, I was immediately placed under quarantine, or house arrest, for two weeks, as if I harbored a dangerous contagion. I did not mind this much, for two reasons: the first being that, as I live almost in quarantine anyway, my life having been more or less reduced to reading and writing, with only occasional forays to restaurants or exhibitions, formal quarantine did not change it drastically. It was mildly disconcerting that some efforts might be made by officialdom to trace my steps should I disobey the injunction to stay indoors (or in my garden) for two weeks, but I could not work myself up into a lather of indignation about this. I have come to mistrust indignation, especially my own. I appreciate that others, with a different type of life, might feel differently.

The second reason was that, though I did not believe that the quarantine was either sensible or likely to be effective, I (rather unusually for me) felt some sympathy for those who made the decision to quarantine those returning to England from countries such as France and Spain, where the number of cases of infection with COVID had increased dramatically, faster and further (so far) than in England.

I thought it very unlikely that England would be spared this increase for long, irrespective of whether or not it imposed a quarantine on such as I. But if the numbers rose and the government had not imposed such a quarantine, the critics who circle all governments like vultures would have blamed it for not having done so. On the other hand, if the numbers did not rise, the government would be able to claim the success of its policy, irrespective of whether that policy had actually been responsible; this because the false argument post hoc, ergo propter hoc is rarely without effect. And if, despite the quarantine, the numbers rose nonetheless, the government could claim that it had done all that it could in the circumstances. It is always better for a government to do everything possible, even if useless, than to do nothing, even if the results are no worse. It follows from all these considerations that to impose a quarantine was politically all but inevitable because the object of government is not to save lives but to save itself. No doubt this is not as it should be, ideally speaking, but it is the way of the world.

But my understanding for the predicament of governments is not infinite or without limit. According to the British Medical Journal, the British government is considering making available 10 million tests for COVID-19 per day for the British population, meaning that the entire population of the country (more or less) would be tested every week. This is probably not feasible, and if it were feasible would almost certainly be disastrous.

“The object of government is not to save lives but to save itself.”

No doubt Boris Johnson and others in his hapless government believe in the hundred-percent accuracy of scientific testing in the way that Latin American peasants believe, or used to believe, in the miracle-working properties of images of the Virgin Mary (the peasants have since become more intellectually sophisticated). But all tests have both false-positive and false-negative results. This is why the effects of large-scale screening programs are often equivocal or worse.

If the false-positive rate were 1 percent, by no means an unrealistic supposition, the number of false-positive results would be 700,000 per week; that is to say, not only would 700,000 people per week have to isolate themselves unnecessarily, but perhaps another 1,400,000 people, the other members of their household, would have to do so too.

Nor is this all. The false-negative result seems to be about 20 percent at the moment, as judged by clinical criteria. That means that for every 100 cases detected, 25 cases would go undetected, ample to spread the disease. Depending on the incidence of infection, the number of people unnecessarily isolated could easily be greater than the number who are, or ought to be, isolated—this assuming that the case fatality rate does not decline further, to the point where the infection is almost entirely benign and isolation therefore unnecessary for anyone. No one can say either that this will or that it won’t happen, but it is a possibility. The case fatality rate has already declined very markedly, though there is more than one possible explanation for this.

Is the British government’s idea, which it calls Operation Moonshot, merely naive, or is there something else behind it? On its own projections, the program would cost very nearly the same as is spent on all government healthcare at the moment.

I hope I shall not be accused of undue cynicism when I interpret the proposal as yet another symptom of the deep, indeed fathomless, corruption that now pervades the country. If the government scheme is not certain to save lives, it is at least guaranteed to make many millionaires. This has been the main object of all large-scale British government projects for years, ever since Mrs. Thatcher, without knowing that this was what she was doing, legalized corruption so that no one had to break the law in order to funnel huge sums of public money into their own pockets. No wonder Mr. Blair admired her so much! It was just the kind of thing that gave him his opportunity.

Under Mr. Blair, for example, £12 billion was spent in an alleged attempt to unify the medical records of every person in the country, so that, wherever he happened to be, his medical records were available to the doctor who was treating him. The attempt failed, except in the sense that, predictably, it made many people or companies very rich. Civil servants in Britain are now best thought of as pre-consultants to enterprises in search of lucrative contracts, that serve the country in the way a tapeworm serves its host.

The development stage, or feasibility studies, of Operation Moonshot will make many people rich, even if finally the whole fatuous scheme does not go ahead. In any case there will be other such schemes emerging from the fecund corrupted minds of the new nomenklatura.

This situation, incidentally, is not best termed neoliberalism; it is not liberalism of any kind. It is social-democratic corporatism.