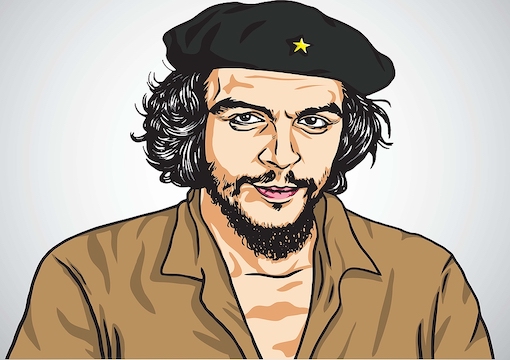 On the back page of the French bourgeois intellectual leftist newspaper Libération, which rarely if ever passes under the gaze of a proletarian, there was recently a profile of a woman rapper called Keny Arkana—a pseudonym, of course. The picture showed her to be a standard-issue rebel, of course with a tattoo, and with that expression of studied insolence that we have all come so to love. She wore a black T-shirt with the words of her logo (so to speak), La rabia del pueblo—the rage of the people—printed on it.

She seems successfully to have commodified her dissent, to adopt the phrase of Thomas Frank and Matt Wieland. You can, for example, buy a Rage of the People sweatshirt (ten different colors available) from the Rage of the People online shop, for a mere $50. Of course, you can also buy her CDs on the official site, which, however, issues the following statement:

All the texts, images, videos, designs, logos, icons, and contents on the Rage of the People website are the property of the Los Doce Libres company. Except in the case of formal and written advance permission, the reproduction as well as the use of the Rage of the People website other than individual and private are forbidden. All unauthorised exploitation of the site or of any of its elements will be considered as a forgery actionable in accordance with the provisions of articles L.335 and following of the legal code regarding intellectual property.

“She seems successfully to have commodified her dissent.”

This seems to sit rather ill with most of the political manifesto (which reminds me a little of that of Anders Breivik), for example the following:

We want to develop free and critical minds and information. We are people of the people who no longer believe in the politicians, but who want to give a new meaning to the word political. Sometimes we feel isolated, abandoned and placed on the margins of society, excluded and not listened to, we will not return to the mould. However, we are a network of citizens of the world, and we exchange our ideas, our experience, and our alternatives, outside of political parties or lobbies of influence….

Although, apparently, we sell sweatshirts at $50 that probably cost about 50 cents to produce and transport, “we struggle against the dictatorship of capitalism, liberalism and the game of the powerful.” We also denounce manipulations and conspiracies, and are against pollution, as well as the useless and destructive power of some, and the unhappiness of all—which is, presumably, the same as all unhappiness.

Well, Keny Arkana has decided to leave France. The final straw for her has been the start of the sanitary pass, according to which people must show that they have been vaccinated in order to be allowed into such places as cinemas, and soon restaurants as well. The newspaper portrait that recounts her decision begins:

Keny Arkana has her panoply of stories…. And here is one: fifteen years ago she came across an article. It recounted the story of Sub-comandante Marcos, the Mexican Third-Worldist, apostle of Zapata, unfrequentable by half the globe. She recalls her reaction and re-enacts it: “What? There is a Che Guevara in the world, and I didn’t know it?” She gathered her bag and took off.

The appalling frivolity and shallowness of this invocation of the name of Che Guevara hardly needs emphasis. It is the reduction of history and political philosophy to the level of a slogan on a T-shirt, or to that of a romantic picture of a man who, most of the time, looked as if he smelled, no doubt because he thought that to smell made him an authentic proletarian rather than the bourgeois intellectual that he was.

It is doubtful that Keny Arkana realized that by her invocation she was placing herself not only on the side of capital punishment, but on that of mass public execution. And considering the subsequent history of the regime that Guevara so greatly helped to bring about (that he was brave cannot be denied, but bravery is not a virtue unless attached to a laudable end), it is a bit rich for Ms. Arkana to claim, as she does, that she is opposed to all oppression. In fact, people rarely are against all oppression; they usually harbor at least one category of persons whom they believe ought to be oppressed. Sadism is not so easily eliminated from the human soul and requires conscious acknowledgement to control.

The triumph of image over thought, or even elementary knowledge, is here complete. It does not follow from the fact that someone such as Guevara claims to be against oppression; and reading what he wrote after his accession to power makes Leonid Brezhnev sound like George Orwell.

That the world is a vale of tears for many, that people suffer injustice, preventable disease, cruel abrogation of their liberty, and so forth, is hardly news; but the idea that revolution is necessarily the answer to their prayers is adolescent. But of course it is also religious: It represents the transfer of sentiment from the religious sphere to that of politics.

The article about her describes her travels as “the road to her Che,” clearly indicating thereby a spiritual quest, her Imitation of Christ, as it were; she claims to have had a view of the jungle in which she lived for a time similar to that of indigenous people, and felt herself surrounded by love. This is clearly a very suburban attitude, possible only for someone who grew up in a city, as she did, and influenced by the notion of the innocent savage. She not only wants to return to the Garden of Eden (or the womb, as Freud would probably have put it), but believes it to be possible. Unfortunately, the road to the Garden of Eden is paved with skulls: We were expelled from it once and for all, which is the whole meaning of the story.