Killing Chip to Save Tyrone 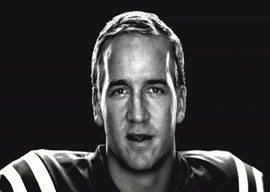 If a runaway trolley were about to smash into a bus containing 100 trapped members of the Harlem Jazz Orchestra, would you push a wholly innocent man named Chip Ellsworth III onto the tracks to stop the accident? What if the bus held 100 members of the New York Philharmonic and the guilt-free man’s name was Tyrone Payton?

In a fascinating 2009 academic paper by four social psychologists, The motivated use of moral principles, UC Irvine students who identified as politically conservative were found to be racially evenhanded. When given the scenario about killing Chip to save 100 Harlemites, conservatives were no more or less likely to agree it’s the right thing to do than when told to ponder killing the man with the cornerback’s name to save 100 classical musicians.

In striking contrast, liberal students displayed greater bloodthirstiness when presented with the scenario that gave them an opportunity to kill the WASP to help the blacks. This liberal desire to shove a white man to his death to salvage blacks rather than a black man to salvage whites was extremely statistically significant (p = .002).

For example, did you even notice that Chip Ellsworth III is supposed to be a WASP and Tyrone Payton an African American?

“Among whites, publicly hating your own race is proof of your moral and cultural superiority.”

Presumably, the “Payton” surname is intended to call to mind the 1980s running back Walter Payton and the 1990s point guard Gary Payton. Yet respondents may have been confused by the 2000s eminence of quarterback Peyton Manning, one of those beneficiaries of white privilege who keep standing in the way of blacks achieving their rightful 75 percent share of NFL starting quarterback jobs.

And black first names change so rapidly that to undergrads these days, Tyrone may as well refer to 1940s matinee idol Tyrone Power. If the first letter isn’t a D and the second character isn’t an apostrophe, how can a college student be expected to tell anymore? Over the years, black first names have descended into self-parody, but experimenters perhaps can’t get anything more stereotypical than “Tyrone Payton” past their institutional review boards.

Similarly, “Ellsworth” is, indeed, a Northern WASP name, but it’s not a particularly prominent one, not like Cabot, Lodge, Huntington, or Eliot. Poking around on Wikipedia, I find that there’s a town in Maine called Ellsworth. Also, South Dakota’s Ellsworth AFB is named after Air Force General Richard Elmer Ellsworth. He may have been a relative of Elmer E. Ellsworth, a law clerk in Abraham Lincoln’s Springfield office who was the first Union officer killed in the Civil War.

For use in psychology experiments, WASP names like Ellsworth run into the Sherman McCoy Problem. In Bonfire of the Vanities, the Ed Koch-like Mayor of New York initially ignores the politically juicy scandal surrounding the bond-selling blueblood because he assumes any constituent with a name that WASPy has to be just another black man in trouble.

I suspect the psychologists were vaguely thinking of Ellsworth Bunker, the US ambassador in Saigon, who was one of the villains in The Best and the Brightest, David Halberstam’s celebrated 1972 exposÃ© of how the WASP Establishment was ruining American foreign policy (and ought to be replaced with a bester and brightester ruling class”by the way, how’d that work out?) How many undergrads have read Halberstam, though?

The nickname “Chip” does hint of WASPiness. When I was in my late 20s, I liked to sneak onto famous private golf courses to admire the golf course architecture. My cover story when accosted by workers was that I had been invited by my Uncle Chip”you know, the longtime member Chip Anderson. Just about every country club with a great golf course has one or more members named “Anderson,” and who can quickly figure out how many of them are known to their ingenious-sounding nephews as “Uncle Chip?” But this took me well past my undergrad days to figure out.

Wikipedia lists nine prominent Chips, including Jimmy Carter’s son and American diplomat Charles Eustis Bohlen. But two of the nine are rappers, so who knows what today’s youth think?

The authors report that among adults surveyed, 79 percent guessed that Chip is white and 64 percent assumed Tyrone is black. In other words, sizable fractions completely missed the academics’ implication. And undergrads may have been even more clueless.

What about the experimenters’ employment of the New York Philharmonic to represent the quintessence of whiteness? Granted, the Philharmonic currently has no black musicians (or Mexicans either, although nobody much seems to care about them, as the ongoing brouhaha about Saturday Night Live having only two black cast members demonstrates once again”the show has never had a Mexican regular). Yet by 2006 the Philharmonic was one-fifth Asian.

And can we safely assume that UC Irvine undergrads are white? Currently, 55.7 percent are Asian. Perhaps they don’t major in psychology quite as much as this Orange County college’s white minority, but shouldn’t the study break out responses by race? Perhaps some Asian students saw rescuing classical musicians as their duty to their race.

More generally, why should shoving a man to his death stop a trolley? Oh, it’s stipulated that he’s a big man? Well, aren’t big men hard to push? Isn’t that a law of physics or something?

And don’t guys the size of Richie Incognito or Jonathan Martin tend to push back when you try to murder them? Even if you explain to them that you’re just doing it for the greater good and that you can’t make an omelet without cracking some eggs, aren’t they likely to push you onto the tracks?