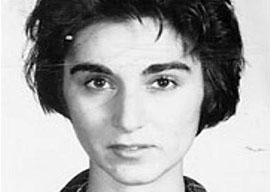 Through malice or incompetence, they”ve gotten a lot wrong”from Stalin’s famine to the date of the moon landing“but factor out anything under Jayson Blair’s byline, and this famous lede likely holds the New York Times record for the most factual errors in a single paragraph:

For more than half an hour 38 respectable, law-abiding citizens in Queens watched a killer stalk and stab a woman in three separate attacks in Kew Gardens. Twice their chatter and the sudden glow of their bedroom lights interrupted him and frightened him off. Each time he returned, sought her out, and stabbed her again. Not one person telephoned the police during the assault; one witness called after the woman was dead.

Had it been reported accurately, the public would have quickly forgotten about the rape and murder of Kitty Genovese in New York City on March 13, 1964, had they heard about it at all. Instead, the Times“ mythical, A1 version of events”a parable of singularly modern urban apathy that served as corrosive corroboration, only months after JFK’s death, that No One Is Safe”inspired 50 years of scolding, “eat your spinach” stage plays (real and fake), songs, stories, sermons, speeches, TV scripts (“Cookie Costello”? Jezuz, Law & Order…), and one of the most popular graphic novels in that medium’s still-short history.

(Oh, and even a super freaky Defense Department instructional video, until Taki’s own David Cole apparently mocked it into disuse.)

“Had it been reported accurately, the public would have quickly forgotten about the rape and murder of Kitty Genovese, had they heard about it at all.”

The Times“ twisted version of the Genovese case has also been “taught in every introduction-to-psychology textbook in the United States and Britain, and in many other countries,” having launched a new social-science discipline: the study of the “bystander effect.”

The 50th anniversary of the murder, and then the death of Genovese’s killer, Winston Moseley, last week, predictably prompted a flurry of commentary. Encouragingly, these articles mostly acknowledged the thankless amateur investigation conducted by 21st-century lawyer, Kew Gardens resident, and local history buff Joseph De May. His work makes it impossible to sustain the image promoted by pop culture and psychology: that of three dozen neighbors leaning out of their windows, indifferently (or even excitedly) watching a woman being slaughtered and sexually assaulted (yes, in that order), in the manner of punters at the Roman Colosseum.

To its credit, The New York Times helped mainstream De May’s revisionist findings, in a 2004 piece by journalist Jim Rasenberger. But last week, the paper’s Moseley obit could just barely bring itself to describe the paper’s original story as “flawed,” adding:

I guess they don”t deduct marks for using passive voice in J-School anymore. Considering the toxic multigenerational narrative of (other, lesser bridge-and-tunnel people’s) indifference and irresponsibility that the Times invented and promoted over Genovese’s dead body, the word “ironic” seems inadequate to describe that particular sentence fragment.

(I was reminded, also ironically, of Theodore Dalrymple’s notorious conversation with one prisoner-patient, who, when asked about the murder he”d committed, “explained,” “The knife went in.”)

Almost alone in the annals of true-crime infamy, Kitty Genovese is that rare victim whose name became better known than her killer’s. Was that a conscious or unconscious attempt by white liberals to divert attention from Moseley’s black skin? Was the Times“ highly polished theme of collective civilian guilt an attempt to distract from an indifferent NYPD’s tardy arrival at the scene of the crime after”yes, they did“neighbors called the cops?