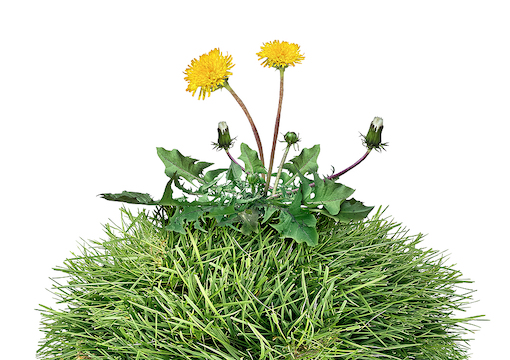 Being blackmailed by my Mexican gardener should’ve made me angry.

To my surprise, it kinda didn’t.

Like most Beverly Hills homeowners, I don’t do my own gardening. Sure, I’ve been called lazy. Fat and lazy. Fat, lazy, and work-shy. And loafing and inattentive. And cheap. And while all that may be true, I’m also lethargic.

Fortunately, herds of Mexicans roam freely across these plains, and I have my collection of hired-hand Mexis I employ for different tasks. I have my tree bean; he takes care of the trees on my property, and when one falls over, he turns the logs into rafts to bring family members across the Tijuana River.

I have my yard bean. He cleans up after storms and high winds.

I had a bean to look after my lawn. I called him green bean, but I had to let him go. This year’s drought has conspired with giant tree roots, undermining my topsoil to render my front lawn deader than Joe Biden’s brain and twice as dirty. Fortunately, my HOA can’t fine me for my dust bowl; countywide drought regulations forbid them from mandating green lawns.

But they can fine me for not cutting weeds…and my weeds were quickly becoming an eyesore.

Now, no way was I gonna cut ’em myself because I’m lazy and fat and work-shy and…what were the other things? I think there were other things.

So when my yard bean came by to clean up a backyard trellis that had collapsed due to my inattentiveness (ah, that’s it, inattentive), I asked him if he’d do my weeds, even though technically that was green bean’s job.

He agreed, but he didn’t have his gardening tools with him. No problem; he promised to return within the week. I paid him in advance so he could come at his leisure without disturbing me.

When I was a kid, I didn’t mix with Mexicans. I went to majority-black schools and lived in a white/Jewish neighborhood. All I knew of Mexicans was that they were short brown folks who’d mow your lawn or trim your hedge for a dollar. They’d say sí like Mel Blanc and they were generally deferential and agreeable. The L.A. Westside of the 1970s and ’80s was black and white; I doubt there were more than ten Mexicans in my high school (in a student body of 2,000).

As the new millennium ushered in major demographic shifts (my old high school is now majority-Mexican), and as I became a homeowner, I got to know a lot more about the complexities of beans. Like how in L.A., skin color tends to be counterintuitive. Back in the ’90s, local conservatives pushed “assimilationist” policies like Prop. 227, the “English-only” ballot initiative sponsored by Quark the Ferengi (or was it Ron Unz? I get them confused).

The idea was, encourage Mexicans to become more “white.”

But there was a problem: The worst, most leftist Mexis are the assimilated ones. An assimilated L.A. Mexican becomes an L.A. white—a liberal who won’t do manual labor.

In other words, useless.

That’s what I mean by counterintuitive. Rightists would like to think that the whiter and more educated you are, the “better” you are. But it don’t work that way out here with Mexicans. The rule of thumb here is, the more a Mexican chick looks and talks like a Valley Girl, the more she’ll eschew hard labor for “Err-mah-gerd Kerl Merx!”

This is what throws GOPs when they try to do “outreach” to L.A. Mexicans. They look for the brown equivalent of black conservatives. Black conservatives tend to be well-spoken and highly literate. They can recite Sowell and converse politically with the best of ’em.

Conservatives look for that same dynamic among Mexicans. But whereas with blacks, the less ghetto the better (because the black ghetto signifies only ignorance, crime, irresponsibility, addiction, and welfare), with Mexicans, you don’t want them to lose their barrio mentality entirely. Having them trade trabajo señor for the white man’s books isn’t necessarily a good bargain. Their blue-collar work ethic, and their inborn distaste for mayates, is a net positive for a city. College degrees inhibit those things.

This confuses GOPs. The Republican love affair with conservative blacks has warped their perception. They go into Mexican neighborhoods looking for scintillating dialogue about labor theory and how identity politics is ruinous to a nation. Mexicans don’t discuss labor theory in book clubs; they do labor in the real world. Whereas blacks love talking politics—just as they love talking endlessly about all abstract shit—the average Mexican, whose default political setting is apathy, isn’t interested in such conversations. And Mexican identity politics, basically defined as “chase out all blacks,” completely short-circuits the frail GOP brain.

The Republican idea of minority outreach is sittin’ on a porch sippin’ tea with Joe Phillips getting teary-eyed about how “MLK was a Republican and we’re the ones keeping his dream alive.”

Feel-good bullshit that helps nothing, improves nothing, does nothing.

Mexican identity politics—antiblack and beneficial to a city if channeled properly—painfully burns delicate GOP ears. Hence why the GOP refuses to properly channel it. Democrats will go into the Mexican areas and zero in on the leftist elements, but GOPs won’t do the same because the community’s rightist elements frighten them. Democrats are used to ruthlessly exploiting nonwhite communities, but Republicans possess a sentimentality about race that impedes competitiveness. The Mexican surge that helped defeat California’s affirmative-action ballot measure in 2020 happened organically; it wasn’t due to GOP canvassing. In fact, if anyone had suggested to local GOPs, “Hey, let’s use Mexican racial attitudes to defeat this proposition,” our GOP leaders would’ve responded, “But…but…we’re the party of MLK! Racial politics is evil! Brotherhood! Bibles! Flag pins!”

Similarly, if one were to suggest to L.A. GOPs, “Let’s exploit Mexican antiblackness to push back against Soros soft-on-crime measures,” they’d faint from the vapors. The import of the fact that L.A.’s Mexicans are over 50 percent of our police and sheriff’s departments doesn’t register with the GOP. Nor does any concept of how to exploit it.

The undeniable recent rightward drift among Hispanics (not the assimilated err-mah-gerd ones, but brown border-town dollar-beans) is due in no small part to MAGA being painted as racist and despotic. The image of Trump as a jackbooted tinpot KKK dictator ended up being a net positive among unassimilated Hispanics (and if Democrats believe that smearing DeSantis as an “authoritarian” will hurt him among Hispanics, they’re in for a very rude awakening).

GOPs will never acknowledge this reality, of course. To them, nonwhites exist for the warm-fuzzies of embracing a black or brown brother while weepily declaring that “we all bleed red.” But such sentimentality has no place in L.A. Our best (as in, most economically beneficial) ethnics are bastards. Clannish, sectarian bastards. Persians are bastards, the Orthodox Jews are bastards, the Arabs are bastards. They keep Beverly Hills red. The Armenians are bastards, and while they lean Democrat, it’s a “conservative Democrat” model popularized by Glendale political icon Vrej Agajanian.

Encouraging the “bastard elements” in the Mexican community is the city’s best shot. You don’t want to totally lose the community’s political apathy; you want to encourage and empower the bastards. Let the rest dig ditches.

With blacks becoming an endangered species out here, their neighborhoods now teeming with masses of sí señors, the Mexican question is being called. They’ve filled the vacuum. It’s happened. I have a vague recollection of a sphincter-mouthed blowhard running for office in 2016 declaring, “Deportations day one.” Not sure whatever happened to that guy, but I do know that dream is dead. The Mexicans in L.A. ain’t goin’ anywhere; that reality must be dealt with.

In recent years I’ve been impressed by how the beans who work my neighborhood have become more managerial. The “I cut grass for a dollar” days are over; these new tree beans and yard beans can haggle like Semites. They employ, and exploit, their own dollar beans.

Good. I like seeing that evolution. Which brings us back to my weeds. I paid my yard bean in advance and forgot about the matter. I’d had this bean for two years; he’s a fine worker, and responsible. Those weeds would be history in no time.

But they weren’t. A week passed. Then another. Then another. I’d text him, and he’d get back to me: “Mañana señor.” Again and again. And even though I was potentially facing an HOA fine, damned if I was gonna cut those weeds myself. I’d already paid, and I wasn’t gonna let it go.

I soon figured out that Yardbeanio was back-burnering my weeds because the amount of money was minor and he had bigger, more profitable jobs to prioritize.

After six weeks, I gave him an ultimatum: do the damn weeds or return the money.

Which he did, via Venmo.

Furious that now I had to find a new bean, as the weeds were at this point visible from space, and as I still wasn’t gonna cut them myself (remember—lazy, lethargic, work-shy…), I pulled the five-star Yelp review I’d given Yardbeanio several years earlier.

Within minutes, I got a phone call.

“Señor, you did not have to erase the review.”

“You left me hanging for six weeks; I coulda been hit with a massive fine.”

Yardbeanio paused, and then he played his hand.

“You know, señor, I have to say…your views on the Holocaust are muy interesting. I learn so much looking at your work. But surely your neighbors, do they know what you do? I am afraid, maybe they not find it as interesting as I do.”

Well, sonofabitch, he’s threatening to tell my neighbors about my Holocaust work!

“I worry for you, señor,” he continued. “You could be in mucho danger if word got around. I read online that one time these men, they try to kill you.”

I’d never spoken to Yardbeanio of my work; he’d researched it on his own. And now he was using it to get his Yelp review restored. I should’ve been angry…but I wasn’t. I told him I’d restore the review. Not because of his threats (nobody’s out for my hide these days), but because he handled the matter as I would’ve. He handled it the bastard way.

If that’s not worth five stars, I don’t know what is.

A disgruntled black would’ve shot me or vandalized my home. Yardbeanio dealt with it like a Jew. That’s exactly the evolution we need. We don’t want Mexicans to become so assimilated they turn into weak-ass, self-hating whites. We want them to become like the Orthodox, Arabs, and Persians.

After restoring the Yelp review, I gazed out the window…cautiously optimistic for the future of L.A.

And then I saw my lawn. Oh shit…the fucking weeds.