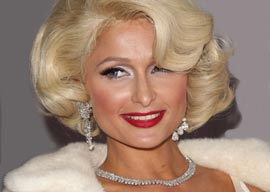 “There is no more potent instrument of fate in 19th century fiction than the legacy.” So writes a female columnist in Britain’s best newspaper, The Daily Telegraph, and then goes on to say some rude things about trust fund babies. According to the lady, a will stands as a symbol of the baleful power of craggy old age over brilliant youth. What rubbish. Judging by my own children, the moment I mention money “ spending it on myself, that is “ all hell breaks loose. And basically they”re right. After all, I didn”t exactly earn my fortune through my business acumen, I earned it the old fashioned way, I inherited it. What could be more pleasant than that?

Are there debilitating effects when inheriting money? Obviously there are, but it depends what kind of person inherits. The Fords, of Ford automobile fame, seem to have done very well with their inheritances, and most of them became useful members of society. Horace Dodge, of the Dodge cars, did not fare as well. Booze and a dizzy blonde got the best of him. I remember him in Palm Beach during the Fifties, sitting in the Alibi with Gregg, the dizzy blonde wife, until the wee hours, finally passing out and being carried out. Well, it beats begging for a living, but not by much. Americans work for their living, at least they used to. This was the big difference with Europeans. The latter were brought up to defend landed fortunes and spend their days in their clubs drinking and chasing girls, and in the English case, boys. When I finished school and became a man about town in New York, all my friends were working on Wall Street. Working, of course, is relative. Most of them had three hour lunches and quit early in order to play squash, take some steam and get ready for an evening out. Still, they all belonged to a Wall Street firm and went through the pretense of earning a living. Not so where I came from. Over there, there was no pretense.

“If I ruled the world, I would decree that all parents leave their money to their children, unless, and it would be a very big unless, the little piggies had no manners, treated people who couldn”t answer back cruelly, tortured animals when no one was looking, and other such habits of the nouveaux riche.”

A recent development in America among the superrich, is the benign disinheritance, as practiced by Bill Gates, Warren Buffett and others of their ilk. All I can say is I sure hope so. Gates and Buffett are worth close to one hundred billion between them, both are rather nerdy and totally uninteresting, and have made disproportionate amounts of money compared to those who work for them. When they announce they will leave no money to their children it’s a bluff and a publicity stunt. Even one fiftieth of their fortune, will make their children billionaires, so who do they think they”re kidding?

Nowadays the worst behaved kind are those spoiled children of modern celebrities, young people who were brought up by maids “ not strict Prussian nannies like yours truly “ the Paris Hilton type, you get my drift. The Hiltons were always hayseeds, Beverly Hillbillies, but unlike the fictional ones, with pretensions. Inheriting money can be great fun, but in fiction it always seems to involve bitterness and gloom. That’s because writers hate those of us who earned it the old fashioned way. Unearned wealth is corrupting, according to the scribes, but I remember well people like the Guests and the Cushings, and the Vanderbilts who had great wealth but even greater manners. Ditto in England, where the upper classes are known for their easy manners and charm. Add countries like France, Germany, Italy, Austria, Spain and Portugal and you see why in the good old days life was worth living. One lived among one’s equals and didn”t have to deal with the Kardashian types who seem to be all over the place today. An English friend I haven”t seen since our bachelor days, Roddy Campbell, recently wailed over the waste of £250,000 of school fees for his two daughters. Both of them have become leading models, so the old Etonian dad “ tight as hell with his purse strings “ now says their education was a waste of his money. I”m not so sure. The girls at least will have their education to fall back on when that old bore “ time “ forces them off the cakewalk. My son, who is a painter living and working in Paris, never worries about money and gave most of his to his ex-wife, whom he married and had two children with when he was 25. My daughter, on the other hand, worries about money, and earns a lot as an interior designer and editor of Takimag. Go figure.

If I ruled the world, I would decree that all parents leave their money to their children, unless, and it would be a very big unless, the little piggies had no manners, treated people who couldn”t answer back cruelly, tortured animals when no one was looking, and other such habits of the nouveaux riche. Alas, I do not rule the world, not even my own household, but one’s allowed to dream. And speaking of dreams, it is a rare parent that doesn”t wish to leave his or her worldly goods to their children. From the poorest to the richest, people strive to leave their kids better off. Forget Bleak House. Dickens was a novelist, and had to create drama, conflict and invent the debilitating effects of inheritance. If wills didn”t exist, we”d all be gambling, whoring and drinking our fortunes away. I know I would. Thank heaven for little girls. And little boys.